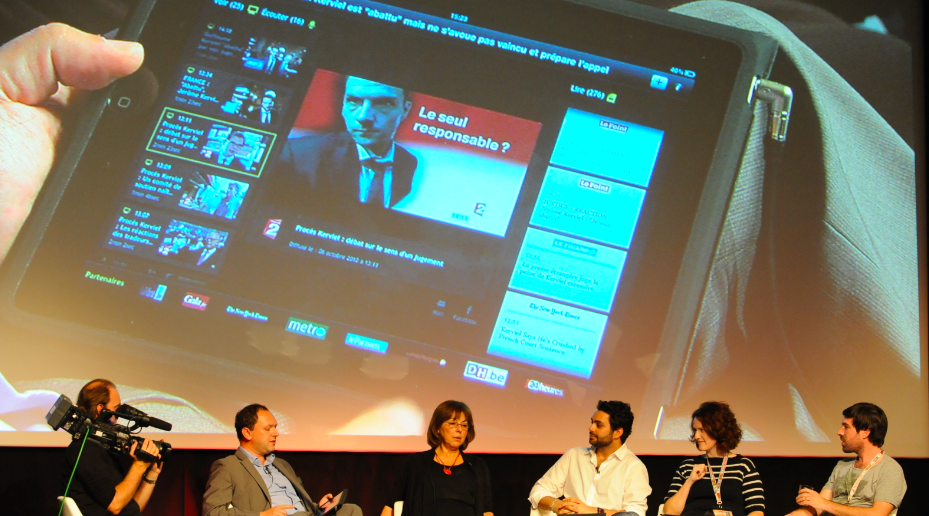 Apps and TV everywhere appeal to consumers, but continue to give headaches to lawyers.
By Stuart Dredge on October 11, 2010 0 Comments

Digital excitement was all-pervading at MIPCOM this year, from the biggest hitters downwards. Yet there was also the disquieting sense that rights headaches are continuing to rear their heads as producers and broadcasters look to take advantage of the plethora of new devices, platforms and services.

Lionsgate boss Jon Feltheimer talked about “mining digital dollars, not pennies” in his keynote speech, and predicted “a digital explosion about to happen” thanks to companies like Google, Amazon, Microsoft and Netflix.

Facebook may soon be counted in that group too, less as a retailer for TV shows, and more as the social glue that helps audiences engage with those shows and each other more closely.

As VP EMEA Joanna Shields said in her own keynote speech, “The voice of your fan can be amplified to a chorus, and a focus group can be the size of a country”, while revealing that 30% of all TV viewers admit to being logged into Facebook while watching big televisual events like The Oscars and the World Cup.

Elsewhere, big-shot Hollywood directors like Gregor Jordan are experimenting with web-based mash-ups, while the well-attended Transmedia Content Show & Tell session saw Orange, Ubisoft and Channel 4 talk about their approach to taking TV entertainment to new platforms in innovative ways. There is certainly no shortage of experimentation going on, and there were notably more execs wandering the MIPCOM showfloor with iPads tucked under their arms – a small but telling cultural shift.

One message came through loud and clear: consumer habits are shifting fast. They love apps; they often have one screen on their lap – a smartphone, tablet or netbook – while watching the larger TV screen in the corner of the room; and they want the freedom to access their favourite shows on multiple devices, regardless of windowing schedules or restrictive digital rights management.

The iPad apps showcase certainly gave a hint at the potential for rich interactivity on tablet-sized devices, with moderator Ferhan Cook describing Apple’s product as “not just a bigger iPhone, it is a whole new publishing and entertainment medium”.

So why the pessimistic note about rights? There are several challenges facing the TV industry as it seeks to make the most of connectivity and new devices. There are conflicts over who should be doing it – producers versus broadcasters, but also producers and broadcasters versus other media and entertainment companies.

As the I Generation panel during MIPJunior showed, book publishers are equally alive to the potential for rich-media apps on smartphones and tablets, yet often they may be working on the same brand or property as a producer or broadcaster – if there’s a high-profile TV show based on a popular book, which rightsholder gets to make the app. Or do they both?

Rights issues aside, though, it’s clear that 2010 and 2011 will continue to be a hotbed of innovation and experimentation, with TV firms keen to play their part. It’s possible to lose a lot of money on an unsuccessful app – the Rich Media Apps panel agreed that a rich entertainment app can cost as much as $1 million to develop.

Still, the risks are not just worthwhile, but essential as the industry moves forward. That’s illustrated by two quotes from some of the big hitters mentioned at the start of this post.

Lionsgate’s Feltheimer first: “We have to be prepared to take risks, and prepared to make mistakes… there’s no going back, and the status quo isn’t an option.”

Meanwhile, Ogilvy Entertainment’s Doug Scott mirrored Feltheimer’s beliefs. “Technology is the leveller that disables all business models and enables new ones overnight. We as content creators cannot afford to window our properties in a traditional model, when consumers are meshing their media.”