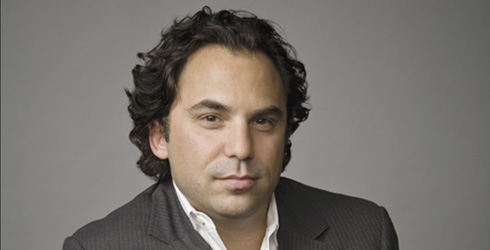 How brands, producers and talent are working together more effectively.
By Stuart Dredge on October 5, 2010 0 Comments

As boss of Ogilvy Entertainment, Doug Scott has a better view than most of how branded entertainment is evolving, in the US and elsewhere in the world.

“Europe is probably a couple of years behind the US in terms of agencies and brand managers really embracing branded entertainment,” he says.

“There’s a lot of activity and discussion though, with the Ofcom regulations lifting. Channels realise they need alternative forms of financing, with brands being that means.”

That’s why the European industry is keenly following the growth of branded entertainment in the US, to hit the ground running as the regulatory environment changes on this side of the Atlantic.

Key trends? “There’s a strong understanding of how to develop branded entertainment from the creative up, rather than the channel down,” he says, while also citing chatter about transmedia projects and professionally-produced shortform video.

Scott also says talent is stepping into the ring: Will Farrell was early with his Funny Or Die website, but he’s since been joined by offerings from the likes of Jason Bateman with DumbDumb, and Illeana Douglas with Easy to Assemble.

“It’s a lot easier for an artist to bring their project to life, and if they can align with a brand, even better. We’re starting to see our clients evaluating what is the right talent alignment to the right distribution outlet to the right brand message or messages.”

Scott admits that talent is still often reticient to work with brands, so it’s vital to establish a strong set of guidelines that both parties are comfortable with in any project of this nature.

Ogilvy is also understandably focusing more on IP and format ownership, rather than sticking to the traditional work-for-hire relationship.

“That IP in a format level has a longer term value, and we want to be able to utilise that value for the growth of the agency,” he says.

These issues aren’t to the fore in Europe and Asia, but Scott says the learning curve for branded entertainment will be much shorter in these regions – particularly Asia.

“There is tremendous experimentation going on in Asia, and it’s a non-fragmented marketplace. To aggregate the audience I get in North America, I have to pull together 5-6 European nations, but in China you can go there very quickly.”

How about transmedia content? It’s a big buzz-phrase, but one that brands and producers alike are still getting their heads around. Scott says it’s early days.

“Right now, consumers are not even sure what transmedia is, and while they’re buying a lot of devices, none are fully integrated and delivering on the [transmedia]experience,” he says.

“Meanwhile, producers/distributors and brands have yet to map out and truly define what a transmedia application or programme is, or could be.”

He praises the work JJ Abrams did on Lost with transmedia features, but says that Hollywood continues to view different platforms and devices in isolation all too often.

For example, a catalogue comics brand might be turned into a blockbuster movie, then have a shedload of merchandise spun out of it, and only then will it get an iPad app to, for example, create your own character.

“It’s so far removed from the core story that it loses the momentum and excitement that was originally created,” says Scott.

“Technology is the leveller that disables all business models and enables new ones overnight. We as content creators cannot afford to window our properties in a traditional model, when consumers are meshing their media.”

Doug Scott is taking part in Tuesday’s MIPCOM Branded Entertainment Summit, and will be a panelist at the 5.30pm session in the Esterel conference room, which is open to all MIPCOM participants.