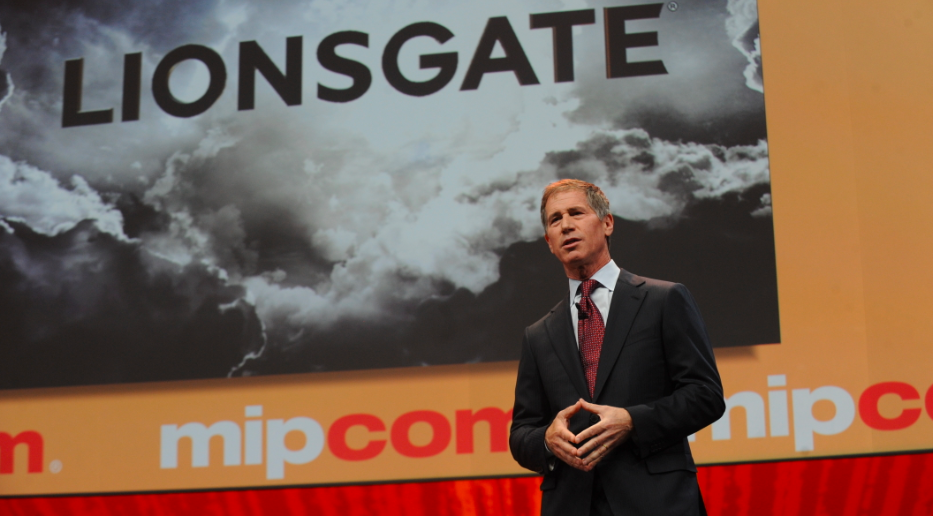 The MIPCOM 2010 Personality Of The Year on how the industry is evolving.
By Stuart Dredge on October 5, 2010 0 Comments

Jon Feltheimer is co-chairman and CEO of Lionsgate – a true industry heavyweight. He is also the MIPCOM 2010 Personality Of The Year. He drew a large crowd for his keynote address this afternoon in the Grand Auditorium.

He was introduced by his own company president, Kevin Beggs. “He’s a man of many hats and personas,” said Beggs, comparing Feltheimer to Mad Men character Don Draper.

The company now releases 18-20 films a year and has scooped 10 Oscar wins since Feltheimer’s arrival, Lionsgate’s TV business continues to grow, and its digital division is “mining digital dollars, not pennies” from its catalogue according to Beggs.

However, he stressed that the one constant is the demand of consumers for TV content, with viewing hours on the up, with US consumers spending five hours and 19 minutes a day watching TV. “Whatever I think of that as a parent and a taxpayer, it has to warm my heart as an executive…”

Feltheimer said that the plethora of devices available to watch TV on, including iPads and smartphones, is leading consumers to pay more for quality content.

“They’re willing to pay more for it – if it’s premium, faster, more mobile or more transportable,” he said. “Premium content does command premium value. So what’s the problem?”

What indeed? Feltheimer said that today, shows must make their money from an audience that is far less broad, but far more passionate – and that this requires new economic models. “This is where we get nervous: we need to create new relationships.” By whom he meant mobile operators, ISPs and internet giants like Facebook.

He referred to Lionsgate’s new Epix joint venture with Viacom and MGM as a prime example, which he said is working – already profitable after only 10 months of operation.

It recently announced a distribution deal with streaming video service Netflix too, creating a new 90-day window for films. Feltheimer said the deal is an example of not alienating traditional distribution partners, while bringing in a new “well-financed” digital partner.

“The Epix / Netflix deal reflects the premium value of our content in a digital world,” said Feltheimer, who then moved onto Lionsgate’s launch of Pantelion Films with Televisa, targeting Latino moviegoers in the US.

He also referred to China, India and other Asian territories, which were only generating 1% of Lionsgate’s revenues. Hence the launch of Tiger Gate, a venture aimed at those markets.

Back in the US, Feltheimer talked about shows that are making money from smaller audiences. For example, Weeds has generated nearly five million digital transactions and counting, despite only attracting two million viewers for its TV airings.

Meanwhile, Tyler Perry has an estimated fanbase of 20-30 million people, but Feltheimer says he has become one of the biggest revenue generators in Lionsgate’s portfolio.

One lesson Feltheimer has taken from 2010 so far is the way “content and the internet continue to intersect in new and interesting ways”. He cited Sh*t My Dad Says as a prime example: a property that started on Twitter, and ended up as a TV sitcom starring William Shatner.

“If you make good content in a world marketplace that is hungry for it, you’ll find plenty of buyers, as long as you don’t limit yourself to old business models,” said Feltheimer.

He also warned that “me-too television has no longevity”, encouraging the audience to develop fresh, innovative ideas. “Our story is still built on stories, and the best ways to tell them.”

Feltheimer finished off his speech by stressing that while change is hard, “there’s no going back, and the status quo isn’t an option… we’re still trying to figure out the most basic elements of the digital equation, but over time we’ll get it right.”

At this point, the session shifted to an interview conducted by Anna Carugati of World Screen.

She asked about the creative environment at Lionsgate. Feltheimer reiterated that Lionsgate executives are well aware that “we don’t write the scripts”, and gives its show-runners a lot of freedom in their work.

However, he also said that Lionsgate remains focused on not letting its costs run away with it, to the extent of turning good shows down if it can’t do them justice.

Feltheimer admitted that 2008 and 2009 were pretty rough years for Lionsgate, like many other media companies. He claimed that diversification beyond movies helped the company to move through those tough times – one quarter the film business may carry the company, while the next it may be the TV side of things.

Is he satisfied, and what else does he want to do? “I’m definitely not satisfied,” said Feltheimer, who moved on to say the digital sphere is the area he has most expectations about.

“I think there’s a digital explosion about to happen. It’s not just Netflix, it’s Amazon, Microsoft, Google obviously. You’re going to start seeing some significant deals made by these companies… There is big, big money there, these guys have huge install bases and tremendous connection with the consumers.”