Monday afternoon saw a range of sessions in which delegates heard from two giant independents, experts from the world of esports and a wildlife filmmaker.
By Julian Newby on April 4, 2022 0 Comments

MIPTV sessions focus on partnerships, esports and wildlife with a range of sessions in which delegates heard from two giant independents, experts from the world of esports and a wildlife filmmaker.

AT THE end of 2021, global studio giant Sony Pictures Television (SPT) acquired a majority stake in Wales-based drama producer Bad Wolf. On Monday at MIPTV, executives from the two partners gave a keynote in which they explored the reasons behind their new creative. 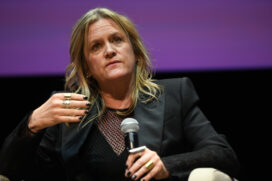 Bad Wolf co-founder Jane Tranter said choosing a backer “is a bit like entering a marriage. It’s one of those relationships that can make or break you. We like the fact Sony is the only truly independent major studio — and we also saw what a brilliant job they had done with another of their producers, Left Bank Pictures.”

Working with Sony is a way of securing stable backing while also maintaining the company’s signature brand, Tranter added. “At Bad Wolf, we had been engaged in a high-wire act producing His Darks Materials — because of the budget. We’re stronger in partnership with SPT — and also able to make bold decisions. For example, SPT backed us on The Winter King, our retelling of the Arthurian legend, without us needing a buyer first.” 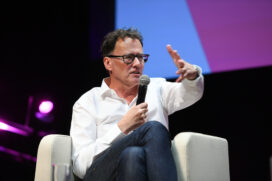 Wayne Garvie, president, international production, SPT, knew Tranter from their shared time at the BBC. “I like Bad Wolf’s scale and acquisition. If you’re going to be an indie in this market, you have to be willing to make the biggest dramas,” he said, adding: “SPT’s status as super-indie is a strength, because there are no restraints on creativity — you’re not beholden to anyone.”

Garvie wants SPT to be the biggest drama producer in the UK, but he also expressed a desire to expand SPT’s footprint in European scripted production. He said that there is potential to revisit some traditional business models. “There are lots of interesting deals to be done. I think it would be fun to produce something with European free-to-air broadcasters.”

Conference hears how TV and esports can interact

THE MIPTV panel Introducing Gaming & Esports to TV, opened with Michael Heina, international sector director esports and gaming at YouGov, explaining some important facts about the vast global esports audience: “Gaming and esports fans are not the same target group. Gamers are people who love to play video games but who don’t care about watching other people playing games in competitions, whereas esports’ fans play games, and also love watching tournaments. Esports fans are about 15% of the global total [of gamers], meaning a global audience of around 380 million. But the one thing that both groups have in common is their youth. Around 75% of all gamers and esports fans are under 34 and both groups are roughly 70% male.” 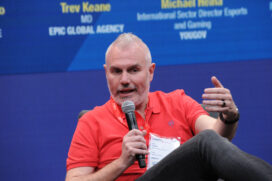 Trev Keane, co-founder and head of esports of Epic Global Agency, said that gaming and TV are not strangers to each other: “There were gaming shows on broadcast TV in the past, but viewers shifted to Twitch and YouTube due to the interactive elements. But what TV is very good at is telling stories. For example, there are gaps between major tournaments of hugely popular games like Halo, and the platforms that broadcast them don’t fill the gaps in the way that TV does between football matches.”

As moderator Robb Chiarini of Fulcrum said in summing up:

“TV needs to take on board greater interactivity to compete with the established gaming broadcast platforms and both gaming and esports need to learn about continuity, building tenson and storytelling around tournaments.”

Evolve: bringing together science and wildlife

A KEYNOTE session featuring wildlife documentarist Patrick Aryee featured a glimpse of his new series Evolve, which highlights the power and promise of bio-mimicry. “As a programme-maker I’m all about wild adventure,” he said. “Like all of us, I love David Attenborough’s work — but I also love diversity of ideas and I hope that by taking on board science and technology as well as the natural world, we can do our part in shaping the world and inspiring people to action.” Aryee describes Evolve as a disruptor: “I grew up loving the legendary BBC show Tomorrow’s World, because it fostered a spirit of innovation. It also put the value of science to the fore and that’s something that I also love. So, we wanted to make a natural history show that revealed the importance of bio-mimicry, and what it means to us as a species and to the planet.”

Bio-mimicry is basically nature copying good ideas in other species. “The natural world has been copying good ideas for the last 3.8 billion years, and I wanted to show just how many actual and potential solutions nature can offer us in a high-octane, high-adrenaline context,” Aryee said.