On day-three of MIPTV companies were announcing further deals and partnerships as the market drew to a close.
By Julian Newby on April 6, 2022 0 Comments

UK-BASED boutique distributor Limonero Films is at MIPTV with an expanded team, said managing director Pamela Martinez Martinez. “It’s the first time we’ve been to Cannes with our new sales and acquisition manager Tijana Djukic. It’s been a great opportunity for us to network with clients and find out what their current needs are.”

Limonero specialises in two key areas of factual content, Martinez said: “Factual entertainment and high quality, one-off documentaries that have a kind of festival feel to them. A good example of the first category is Sora Media’s series Ahead Of Their Time (8 x 48 mins), which looks at the visionary founders of businesses like Netflix, Quorn and Airbnb. In the other category are films like From Iran To La Liga and the award-winning film Fashion Babylon.”

A key priority at MIPTV is a new factual entertainment series called Hero Dogs, produced by South Africa-based production company Gray Matters Films and distributed by Limonero. Martinez said she is in Cannes to look for broadcasters to back the project. Other MIPTV priorities include science documentary Water: The Strangest Liquid and The Active City.

Launched six years ago, Limonero came to MIPTV on the back of some strong sales. Make Waves Media’s Thirties In Colour: Countdown To War was sold to NHK Japan, RAI Italy and RTL Germany, among others. Wild Relations was picked up by KBS in Korea and Radio Television Hong Kong.

Martinez said Limonero is “willing to work with producers anywhere as long as we believe in their projects. Ahead Of Their Time was our first collaboration with Sora, a Singapore-based company.”

Beta set to introduce a second season of Sisi

AFTER a successful debut season, traveling to more than 100 territories worldwide, shooting has begun in Latvia for six new episodes of Sisi, the drama series about Empress Elisabeth of Austria, produced by RTL+ and Storyhouse. Beta Film, which is handling world sales as the international partner, recently closed numerous deals for the series and Austrian pubcaster ORF is back as broadcasting partner. 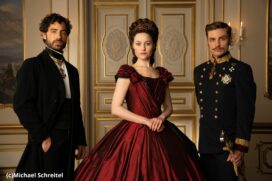 Beta has sold the series internationally, most recently to The Walt Disney Company and Mediaset for Spain, Starz Entertainment for Latin America, Canada’s public broadcaster CBC and its streaming service CBC Gem, as well as to French-Canadian pubcaster Radio-Canada for its streaming service Ici Tou.TV and its TV channel Ici Télé.

ABACUS Media Rights (AMR) has unveiled multiple sales for feature-length documentary This Is Joan Collins, a compelling film which tells the life story of the Hollywood legend Joan Collins in her own words. 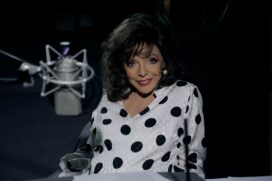 This Is Joan Collins (AMR)

This Is Joan Collins has been licensed to broadcasters and platforms including BritBox (US and Canada), Turner Classic Movies (US), SBS (Australia), MNET (South Africa) and Movistar plus+ (Spain).

Jonathan Ford, managing director at AMR said: “This is a fascinating and engrossing film-length documentary which lifts the lid on the incredible life of one of Britain’s most famous acting legends.”

Full of never-before-seen home movie footage and archive, the film offers an intimate glimpse into one of the world’s most iconic figures. A story about Hollywood, men, showbiz, it is narrated by Joan Collins.

Eve Stranger is the story of the enigmatic Eve, who has unlimited funds, a jet-set lifestyle and extraordinary abilities — as well as amnesia and a growing suspicion that she’s working for the bad guys. Released as a miniseries in 2019, it was one of the core titles of comic-book editor Shelly Bond’s Black Crown imprint. Chris Ryall, co-founder of Syzygy Publishing, will serve as an executive producer on the series.

“What David and Philip created under Shelly Bond’s auspices is a character for the ages,” said  Ryall. “Eve is a black-ops action hero capable of amazing feats but incapable of remembering last week. Every job, Eve wakes up with a new assignment and a bloodstream filled with nanobombs that can only be suppressed by the contents of a mind-erasing syringe… and after her misadventures with giant gorillas, extreme assassins, and other unsavoury types, she has found the perfect partner in BBC Studios, and so have we.”Barnett added: “I could not think of better hands in which to put an adaptation of Eve Stranger than BBC Studios’ drama production department. They totally get what Philip and I were doing with the Eve Stranger comics and I simply cannot wait to see how the high-octane thrills, quirky humour and sheer non-stop adventure is translated to television.” 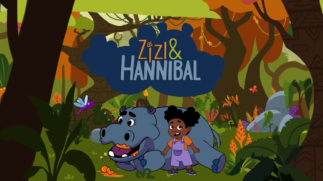 The series follows Zizi, a clever and curious little girl and her best friend, a happy-go-lucky hippo called Hannibal. In each episode Zizi uses her imagination to enter a magical world, where she learns all about animals in Africa. The series weaves together fun and entertaining stories that have a distinct African flavour with universal themes that will appeal to audiences across the globe.

This is Monster Entertainment’s fifth South African title and it marks the second partnership between Monster and Pixcomm, coming after Jabu’s Jungle (52 x 22 mins).

PARIS-based TNC Media has teamed with the UK’s Octopus TV on a new culinary travelogue series City & Dish. The series looks at travel destinations by focusing on local recipes and personalities. English-language episodes will be hosted by Octopus TV’s Andrew Eborn.

TNC’s Ted Baracos said the company has had interest in the series from broadcasters Nippon Television Network and Telewiizja Polska, as well as from distributors in Japan, Korea, Poland and the UK.

Vice announces US and European pre-sales for air-tragedy doc

VICE Distribution, the global distribution and licensing arm of Vice Media Group, has pre-sold Vice Studios’ upcoming documentary series, about the shocking disappearance of Malaysian flight MH370, to broadcasters in the US and Europe.

The three-part series MH370: The Lost Flight (working title), has been picked up by A+E Networks’ History channel in the US, TV2 in Denmark and Viaplay across its European territories (Sweden, Norway, Finland, Iceland, Poland and Pan-Baltics). The series launched to international buyers this week at MIPTV.