KICKING off the MIP Workout: How Will Web3 Transform Television session, Michael Amar, co-founder of Paris NFT Day, explained why he is so passionate about the potential of NFTs: “My first big ‘a-ha’ moment was in 1994 when I visited a web page for the first time and saw the potential of the internet, but nothing since then has given me that same sensation until the arrival of NFTs. And the reason why I believe they are so important is because it spells the end of us individuals paying to be used as free advertising. 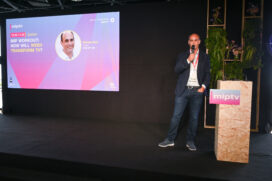 A good example of what this really means is if you had a social media platform where you are rewarded for opting in to advertising, and where you could vote on its fake news policies, would you choose that or Facebook, which doesn’t offer those services? The other reason why they’re so important is that an NFT from a site such as OpenSea pays the creator a royalty of somewhere between 7-12% in perpetuity, so every time your work is traded on you earn, because it’s in the contract that’s included in the NFT.”

Tennis coach Patrick Mourataglou, who has worked with Serena Williams for the last 10 years, is also the founder of the Ultimate Tennis Showdown (UTS) league, a new venture that will showcase a new kind of tennis, and also feature NFTs in a bid to attract new fans to the game: “Currently the average age of tennis viewers is 61 years old, and the sport is not renewing its fanbase. The reason is that 85% of a traditional game is downtime, and younger viewers just won’t accept that. So we created UTS which has a very different format. The matches last 45 minutes with four quarters, the scoring is more logical, going from 1-10, and there’s no downtime, there’s always something happening. The players only have one serve, and we are only working with the eight most popular players in the world such as Medvedev and Kyrgios, and we launch the league at the beginning of next year.”

NFTs will be available in the form of great moments from each game. “We’ll be selling clips as NFTs, and we’ll also be teaming up with fantasy game-maker Sorare to create a fantasy version of the UTS,” Mourataglou added.

MIPTV delegates were given a series of insights into one of the world’s largest and most complex TV markets during the session: Who Is Buying In China And In The Region. 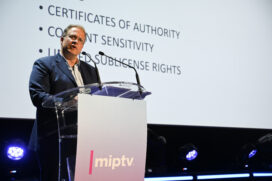 In the first category are iQiyi, Tencent and Youku — all of which have around 100 million subscribers. Although they are predominantly SVOD they also have AVOD components. Among the second tier of content buyers are platforms including ByteDance, Bilibili and Nangua.

Kender said the third tier is an important gateway into China for international content owners. “Companies like Jetson Huashi, Henry Advertising and Beijing Xiang Jiang Yihua are valuable partners in terms of managing the process of getting content into China,” he said.

In terms of issues to consider, he highlighted the importance of accurate paperwork, proof of rights ownership and meeting local sensitivities: “But on the latter point I would say don’t prejudge — let local partners guide you on what is likely to work or not.”

The session concluded with a short presentation from K7 Media’s Asia Pacific Manager Michelle Lin who identified Chinese titles that have been selling well across Asia. Recent popular titles have included Untamed, Reset, You Are My Glory and My Girlfriend Is An Alien. Vietnam is a key market for Chinese scripted shows but they also sell into India, South Korea and other Southeast Asian territories.

Appetite for content ‘is a boom not a bubble’

ON WEDNESDAY morning, MIPTV delegates were presented with a series of brilliant insights into the global content market by Ampere Analysis executive director Guy Bisson in the session Navigating The New World Order: TV Business Now & Next.

Picking out 15 over-arching trends, Bisson stressed that “IP is the new battleground”. He said demand for writing talent that can build long-running franchises is at an all-time high and the need for great content is not going anywhere soon. “This is a boom not a bubble,” he said. 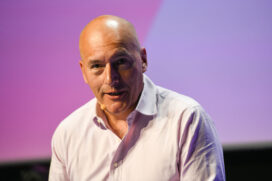 A lot of the focus of Bisson’s attention was on the battle between streamers and their growing tendency to place in-house content on their own platforms. He said this is creating “a massive opportunity for studios that operate independently of the streaming system.”

Bisson said the majority of original content is debuting on streamers and that co-production partnerships are decreasing as a result. But he also warned against thinking there is “only one business model. With linear broadcasters, specialist streamers and geographically-defined streamers, there are many ways to develop and finance content.” He also emphasised the growing importance of AVOD and FAST channels.

One of the key reasons why streamers need to keep creating new content is the tendency for users to churn out of services when their favourite show is over. He used slides to show how The Mandalorian created a spike in subscriptions for Disney+ which slipped away after the Star Wars spin-off finished. He predicted that there will be a huge spike in Netflix subscriptions when it launches the second season Squid Game.

‘We can pin down traits that typify today’s kids’

AT THE Kids Trends session on Wednesday, Jonathan Watson, chief product officer at The Insights Family spelled out some of the realities of the kids TV market in 2022 and beyond by adding personality types to cut through traditional judgements based solely on age and gender: “Given that kids are maturing ever faster we felt we had to pretty much discard age as any accurate form of indicator about tastes in programming,” Watson said. “By adopting the five classic personality types we came to a series of clusters of similar types that we defined as the Curious Explorer, the Dilligent Detective, the Chit-Chatty Champion, the Positive Person and the Sensitive Soul. We use those groupings as a lens to see how the different groups adhere to different shows and forms of programming.” 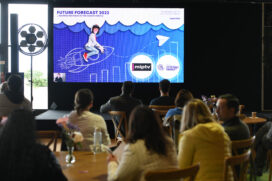 Of course, most kids are a mixture of different elements that occur across several groups, and there’s no such thing as an average child: “But we can pin down certain traits that typify the kids of today. They are curious, they value independence, love innovation, and they are emotionally driven, loyal, tactile and friendly. This is subject to regional variations and starts to change when they start to become tweens and teens,” Watson said.