CANNESERIES and MIPTV have joined together to add an industry dimension to the Festival.
By Julian Newby on April 4, 2022 0 Comments

MIPTV x CANNESERIES Connection is a new addition to MIPTV that brings together international producers and executives in a closed setting, for the opportunity to discuss co-production strategies and opportunities in a series of roundtable discussions, masterclasses and networking sessions. (See the session reports below…)

CANNESERIES president Fleur Pellerin described it as “a privileged space for a select group of people who will have the opportunity to exchange ideas, network and enjoy unprecedented opportunities”, for example, the chance to join in sessions with the CANNESERIES Writers Club, “alongside many other creative and networking gatherings”. 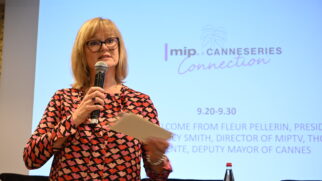 Lucy Smith, director of MIPCOM & MIPTV, thanked the Mairie de Cannes for its support: “The Mairie and its Cannes On Air initiative have been very supportive, and we’re excited by the prospects and the potential of bringing these two worlds together. The MIPTV x CANNESERIES Connection offers the opportunity to feed your mind through discussions put together by our consultant Laura Gragg, and the chance to meet with creative, dynamic people.” 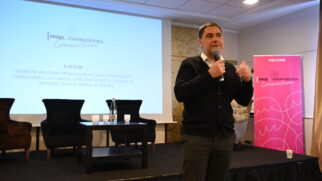 “The city is reshaping its economic model to create a dynamic ecosystem that will attract companies from the creative industries. The city is already an international brand, and we are now using the power of that brand to create employment and grow our networks.”

MIPTV x CANNESERIES Connection sessions move into the Palais des Festivals today, Monday, and are open to all MIPTV delegates.

Public broadcasters as the new innovators

GIVEN the fierce competition from streaming platforms, how are public broadcasters reacting, adapting and embracing the new broadcast realities? During Sunday’s opening MIPTV x CANNESERIES Connection session, Public Broadcasters As The New Innovators, panelist Manuel Alduy of France Télévisions, explained how the company had changed in the streaming era. 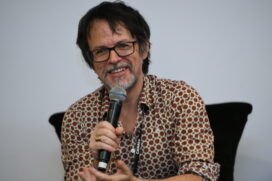 “We used to be more focused on the local market, but these days in terms of what we commission we are thinking more globally,” Alduy said, adding: “And it’s harder to finance the larger projects unless you have a streaming partner — and of course, you have to act quickly, because the production rhythm of the streaming platforms is so rapid. This year we delayed 12 projects because they weren’t moving fast enough, purely in order to concentrate on the ones that we could get done.”

Elly Vervloet, of Belgium’s VRT, said that operating effectively in the modern world demands risk taking: “When it comes to the development of projects, we have an advantage over the streamers where the stress is huge, in that we can allow ourselves more time. We have the luxury of being able to create an environment that fosters development. That said, we also have to be pro-active rather than reactive. And as people who work for a public broadcaster, you could say we’re civil servants, whereas in the current climate we have to be much more entrepreneurial. For example, with the series Arcadia, Netflix wanted to be the co-production partner, but I suggested we talk to other public broadcasters first, and we managed to bring in two broadcasters including ARD.” 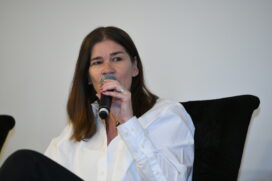 According to Olivier Wotling of ARTE, public broadcasters can also offer freedoms that streaming platforms cannot: “Yes, the market is dynamic, but we prioritise trust and respect among all parties, and we pay attention to the world of the scriptwriters and we like projects that have an individual vision.” Wotling also talked about the paradoxical nature of working with platforms who are also competitors: “We had Peaky Blinders for the first few series, then Netflix stepped in and bought all the series including future ones and we lost the show. Same thing with Borgen, which we had for three series, and again Netflix is now involved — so we might lose that as well.” 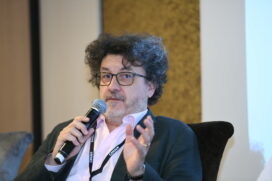 The changing face of co-production and right-sharing among frenemies

IN A wide-ranging panel discussion — part of the MIPTV x CANNESERIES Connection series of sessions — leading production and distribution executives from the field of scripted drama explored how co-production has evolved in the era of streamer growth and investment. The Changing Face Of Co-Production And Rights Sharing Among Frenemies took place at the Majestic yesterday.

“At Fremantle we enjoy putting together co-production deals that allow producers and distributors to retain rights. It’s not always easy to know what to do, but it’s fun.” 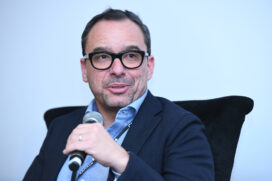 Christian Vesper, president, global drama, Fremantle, talked about how the financing of high-end drama had become “more like independent film packaging”. Although he acknowledged that it is sometimes possible to sell the majority of rights to global streamers like Netflix in a single agreement, he said: “At Fremantle we enjoy putting together co-production deals that allow producers and distributors to retain rights. It’s not always easy to know what to do, but it’s fun.”

Ed Guiney, producer, Element Pictures has been involved with hit series like Normal People. He agreed that there are multiple ways to structure finance, but his advice was to “circle the wagons” around the creative proposition before locking in buyers: “It’s important to know the DNA of your project — the script, the cast, the showrunner — before you starting sorting out the finance. We wait until the train is almost out of the station then ask which backers want to jump on.” 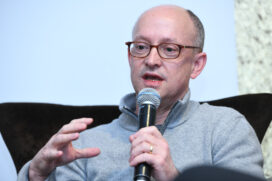 Danna Stern, managing director of Israel’s Yes Studios, has introduced a number of series to the US, for example Fauda. She said there is still plenty of money pouring into scripted TV “including from new sources like venture capital, private equity and high-net-worth individuals”.

Stern’s key concern regarding the future of scripted content is changing interests among young audiences. “Teenagers like my son aren’t really watching the kind of TV we make. As an industry, we need to be thinking about how gaming and the metaverse will affect us.”

“Teenagers like my son aren’t really watching the kind of TV we make. As an industry, we need to be thinking about how gaming and the metaverse will affect us.”

Moritz Polter, producer at ITV-backed studio Windlight Pictures, said his company is working on German-language drama Night In Paradise for streamer StarzPlay. He said: “It’s great to have a new player commissioning original scripted content. But I would say a big issue that our industry needs to deal with is lack of talent. I don’t mean writers, but expertise like accountants and first-assistant directors.”

Emmanuelle Guilbart, CEO, About Premium Content, said her key advice to co-producers is “to get involved with ideas as early as possible — so you can have control over their development. We have helped ideas like Keeping Faith become bigger shows. That was great, but modest in scale when we became involved. We elevated the ambition and got Channel 4 and AMC involved.” Guilbart’s recipe for success is: “only work with projects and people we really like”. 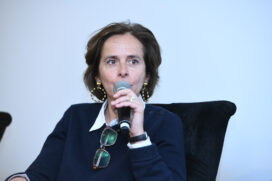 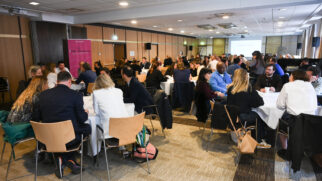