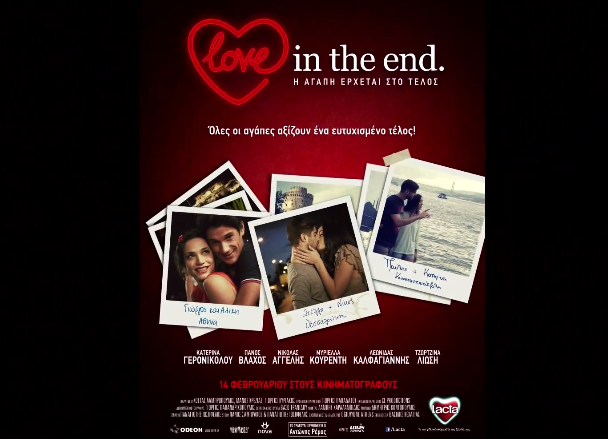 The MIPTV Brands Wrap: How TV no longer sees brands as “ATM machines”

Lacta, Gucci, Intel, Renault, Toshiba and Lynx were just a few of the brands shaping the future at MIPTV and MIPCube 2013.
By Angela Natividad on April 29, 2013 0 Comments

Love in the End, a feature film made for chocolate brand Lacta, was a box office hit and transmedia sensation in Greece

This year’s MIPTV was packed with great content for brands, in part because TV producers and networks are beginning to take them more seriously as collaborative partners, not just as “ATM machines”, as Shine 360’s Ben Liebmann commented at MIPFormats April 6.

I want to kick you off with Ogilvy’s Best of Brands & Content Screenings, simply because it was packed with clear case studies of how brands are contributing to today’s entertainment — including in the longer-form. Here you’ll see how Coke Zero started a dance craze, how Renault developed one of the coolest live music concepts since Daft Punk’s first helmets, how The Creators Project “redefined” everyday cultural moments, and how Lacta, a chocolate company, launched a promotional film that dominated Greece’s box office on Valentine’s Day. Here’s the case study for the latter:

I was also deeply interested by how brands are changing news media. Gen-Y site Vice announced the launch of Vice News during a “New Media Moguls” session. Among other things, this youth-oriented news site will work closely with brands to produce content more relevant to a jaded market. Instead of shaping news to what brands want, they’ll have to work hard to meet Vice’s standards for relevance and quality. Case in point: Vice’s collab with Intel for the aforementioned “The Creators Project“, for which Vice won the Brand of the Year award. Full presentation below.

The United Nations Global Education First session, featuring Gordon Brown and Ziauddin Yousafzai, also made an enormous splash. In addition to hearing about their goal to ensure all children be in school by 2015, as well as touching stories about Malala’s continued fight for girls’ education in Pakistan, we met brands like Gucci, TV network Discovery and ONG Room to Read, who are working on closing the gap between less-fortunate folks and educational tools.

Specifically, Gucci’s Chime for Change campaign is production-heavy and celebrity-rich. Its goal: to support the empowerment of girls and women.

‘Crisis meetings’ all morning thanks to Les in #DoggingTales last night… We’ve concluded there is no crisis twitter.com/lynxeffect/sta…

But one of my favourite examples of coherent brand integration was Intel and Toshiba’s “The Beauty Inside”, an ongoing web series that recounts the life of a lovesick man who wakes up every morning in the body of a different person. With this format, users were able to add to the story with their own faces and imagery. The tale is as magical as the telling is innovative.

This is just a tiny portion of the pluck and imagination brands demonstrated at MIPTV this year. I can’t wait for what’s to come.

Angela Natividad is an official MIPTV/MIPCOM liveblogger (read all her posts here), social media strategist for leading brands, and contributor to brands blog Adverve. Be sure to follow her on Twitter here!