Companies from around the world announce deals and partnerships in Cannes.
By Julian Newby on April 5, 2022 0 Comments

MIPTV hosts more global dealmaking. Companies from around the world announce deals and partnerships in Cannes.

Bell Media to switch Canada on to new Electric series 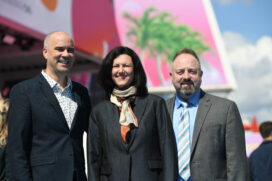 ELECTRIC Entertainment, the LA-based production, distribution and post-production company, and Bell Media, Canada’s leading content creation company, have announced a licensing deal for three of Electric Entertainment’s new series. The deal includes the premiere season of the upcoming Syfy original The Ark, in addition to the new season of current audience favourite Leverage: Redemption, the re-imagining of the original Leverage which aired on TNT for five seasons. The deal also includes the first and newly greenlit second season of Electric’s crime procedural Almost Paradise, the first US TV show to be shot entirely in the Philippines. The second season of Leverage: Redemption is currently in production. The Ark begins production soon and the second season of Almost Paradise begins production in August. 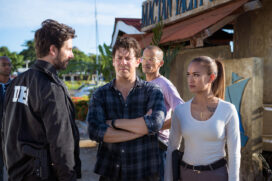 The deal includes rights across Bell Media’s English-language linear and streaming platforms. The announcement was made today by Nolan Pielak, senior vice-president of international distribution for Electric Entertainment and Brian Blazik of Bell Media.

“Bell Media has been a great partner of ours for many years now and we look forward to offering our newest programmes to Canadian audiences. Leverage: Redemption has been doing extremely well in Canada, and we expect Almost Paradise to succeed as well given its similar tone and appeal. We are especially pleased that Bell Media will be premiering The Ark across Canada on the same day the Syfy channel premieres it in the States,” Pielak said.

Original Kids In The Hall goes to FilmRise

FILMRISE, the New York-based film and television studio and streaming network, continues its expansion of classic comedy with the acquisition of Broadway Video’s renown Canadian sketch-comedy series Kids In The Hall, which is being rebooted by Amazon with all five cast members of the Toronto-based comedy show returning. FilmRise has acquired SVOD, AVOD and FAST streaming rights and across the FilmRise Streaming Network including the FilmRise Comedy branded app. 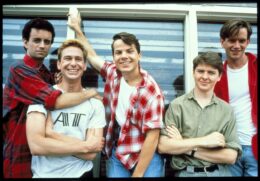 Kids In The Hall (FilmRise)

The announcement was made today by Max Einhorn, senior vice-president, co-productions and acquisitions for FilmRise, who said: “Since Amazon’s announcement of their plans to reboot the series, there has been overwhelming demand from fans to re-watch the original episodes. We are excited to bring both die-hard fans and a whole new generation the entire series to stream on their favourite platforms.”

Kids In The Hall, an irreverent series which debuted on HBO and CBC Television in 1989, features Canadian comedians Scott Thompson, Kevin McDonald, Mark McKinney, Dave Foley, and Bruce McCulloch. The first three seasons ran on HBO until moving to CBS in 1993. The series finale aired in 1995 and was nominated for three Primetime Emmy Awards for Outstanding Writing for a Variety Series.

RED ARROW Studios International has scored its first wave of deals for the new social experiment format My New Mystery Job in which participants, looking for a life change, resign from their current position and sign up for a new job — without knowing what it is. Red Arrow has international rights to the format.

The format has been sold to CPL Productions (UK), Redseven Entertainment for Germany, Satisfaction Group for France, Pesci Combattenti for Italy and Monday Productions for Norway. Created by Stepping Stone Productions and currently in production, the series has been commissioned by NPO3 in The Netherlands (local title: Blind Getekend), where it will air in the second half of 2022. 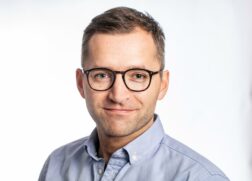 Tim Gerhartz, president & managing director at Red Arrow Studios International, said: “Research shows that a significant number of people are unhappy in their jobs and are looking to make life-changing career decisions, so the format taps into the zeitgeist perfectly.”

The skills and aspirations of the subjects are assessed by career experts and when a good-fit role is identified, each participant is given a contract with only basic details such as salary and location visible. Will they take a leap of faith and sign it blind? Over the following months, the candidates are visited to see how they are enjoying their new lives. Then, after six months they decide whether to stick with it.

PRODUCER and distributor of TV series and feature films, Studiocanal, has secured a distribution deal with US streaming service MHz Networks for a number of its premium CANAL+ Creation Originale series. The sales agreement, which covers VOD and Home Entertainment rights, will see season one and new season two of mystery comedy UFOs, along with period crime drama Paris Police (currently in production on its   second season) available to viewers across North America. The deal also includes a renewal for the full eight seasons of the multiple award-winning, iconic crime drama Spiral. 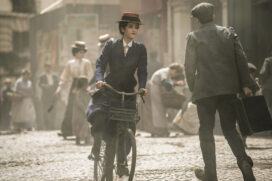 “The big winners in this deal are the MHz Choice viewers who have a voracious appetite for high-quality, smart and entertaining French programming, the kind that we can count on from Studiocanal,” president and CEO of MHzNetworks, Frederick Thomas, said.

Beatriz Campos, who brokered the deal on behalf of Studiocanal, added: “The new season of UFOs, which we are officially launching at MIPTV, continues to be an appealing, highly bingeable comedy featuring an endearing group of quirky characters, set against the background and music of the 1970s.”

Other content in Cannes with Studiocanal includes: Django (10 x 60 mins), a re-imagining of the classic Western; Infiniti (6 x 60 mins), which blends together sci-fi crime thriller with political intrigue and a classic love story; No Return (4 x 60 mins) starring Sheridan Smith, which sees a fun family holiday in a seemingly idyllic Turkish beachfront resort quickly turn into every parent’s worst nightmare; and Elvira (8 x  60 mins), about a receptionist in a brothel who becomes involved in the disappearance of a sex worker. 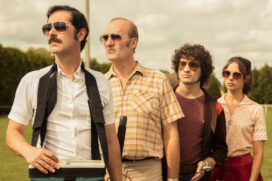 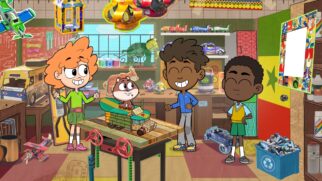 Kids SVOD platform Azoomee has picked up season one and two of Go Green With The Grimwades (30 x 10 mins) for Central and Eastern Europe (CEE), Asia, Middle East and Africa as well as seasons one and two of Zoe & Milo (52 x 7 mins) for the UK and ROI, Netherlands, CEE, Asia and Africa.

Lionel Marty, managing director of APC Kids, said: “Both are fun, heartfelt series that are not only entertaining, but bring important themes to young audiences, such as learning about different cultures and the diverse world we live in and how to look after the planet.” 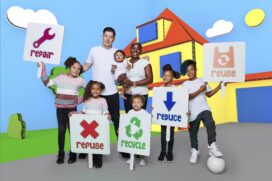 Produced by Doc Hearts for Channel 5’s Milkshake!, the family live-action series Go Green With The Grimwades sees Tim and Ella Grimwade and their six children set themselves a challenge to go green with the help of five ‘R’ words: Refuse, Reduce, Reuse, Repair and Recycle. Zoe & Milo, produced by PM SA for France Télévisions, is aimed at kids aged six to nine and follows two 10-year-old neighbours who travel the world in a plane built and piloted by Alim, a hamster, who knows everything about the world’s cultures and customs.

BONELLI Entertainment and children’s animation company Powerkids Entertainment are partnering to unlock the expandable SBE comics universe for a wide range of kids’ animated adaptations. The partnership kicks off with Dragonero, one of SBE’s best-selling comics. SBE, Powerkids, Rai Ragazzi and Nexus TV are currently co-producing the first season of Dragonero, with Powerkids responsible for global distribution, licensing and merchandising.

Vincenzo Sarno, executive producer for Bonelli Entertainment, said: “We want to bring our legends to life through animation for both existing fans and a new generation of viewers. Dragonero is just the beginning and there is so much more to come thanks to Rai and Powerkids.”