With the launch of its YouTube Red subscription service, YouTube has embarked on a new round of content commissioning, working with its online stars, multi-channel networks and traditional producers alike to source shows that will persuade its viewers to start paying.

YouTube’s global head of original content Susanne Daniels gave a keynote at MIPCOM today to talk about the company’s strategy, and the wider evolution of original programming online. She was joined by Lionsgate Television Group chairman Kevin Beggs to talk about a new partnership, as well as Burnie Burns, chief creative officer of video game-focused production studio Rooster Teeth, which has been one of the success stories in the online-video world.

She talked about her own children, whose phones and laptops are their portals of choice to their favourite celebrities – who aren’t the traditional film, music and television stars. “YouTube is a place where individualism thrives, diversity flourishes, and where new content formats are launched every single day,” she said, before outlining YouTube’s original content strategy. “Our goal is to be uniquely YouTube, and our thesis is simple: identify YouTube’s most engaging stars and top genres, and invest in the content that their fans tell us they want.”

These projects often pair top YouTubers with “Hollywood’s finest” production companies: for example gamer PewDiePie working with the production company behind The Walking Dead. Daniels also said the YouTube community is driving the diversity of its content. For example, one show with an all-Asian cast was turned down by Hollywood, but attracted millions of fans on YouTube. One of the YouTube Red shows is Broke, which has been praised for its “authentic African-American roles” according to Daniels. She also pointed to a documentary set for 2017 called Gigi Gorgeous, about the transexual actress, model and YouTube personality.

Daniels also talked about the importance of new genres on YouTube, from gaming to dance. At this point, Lionsgate’s Kevin Beggs took the stage to talk about his studio’s partnership. “We want Susanne and the platform to succeed,” he said, comparing YouTube’s investment in original content to previous platforms where Lionsgate has been a first mover – with shows like Weeds on Showtime,  Mad Men on AMC and Orange is the New Black on Netflix. 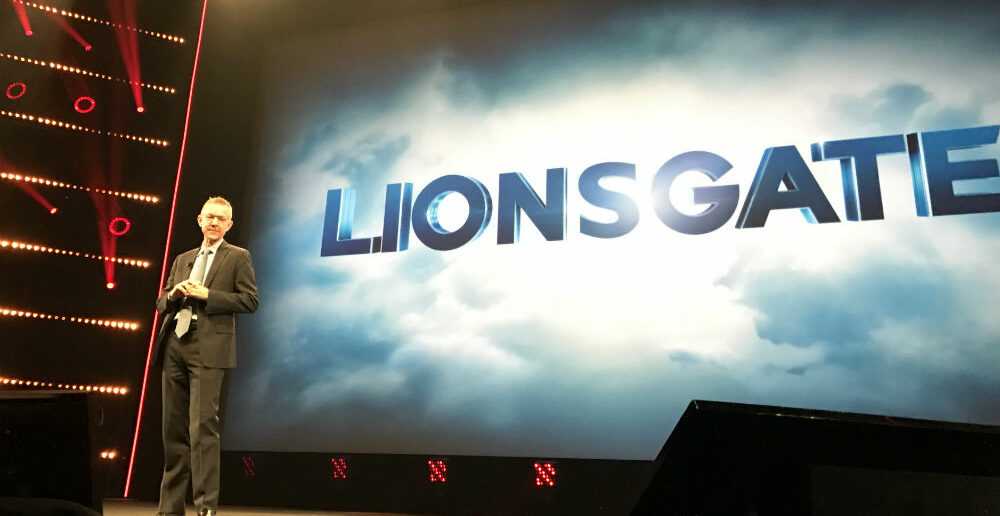 “When I see YouTube go out and recruit an executive like Susanne Daniels… and when I see their commitment, it’s exciting. It feels like another great opportunity for Lionsgate as a studio to create network-defining content,” said Beggs. “And here’s the thing about new platforms: they’re willing to try new things. They’re willing to innovate… They’re willing to give their series a level of commitment that incumbents just won’t.”

Lionsgate has worked with a number of YouTube stars in film and television, and its new project is a spin-off from feature-film franchise Step Up – an idea that several TV networks have chased in the past, according to Beggs. “Step Up is now going to air on the platform where it belongs,” he said, of its in-production YouTube series.

“YouTube was willing to be bold. They gave us a full-season order when others only offered a pilot… Partnering with YouTube Red on this series and tapping into their international fanbase was a no-brainer for us… I’d like to say we’re helping YouTube take a step up, but that’s just a little too cheesy! But we believe in Susanne, we believe in YouTube Red, we believe in the community, and we think Step Up is just the beginning.” 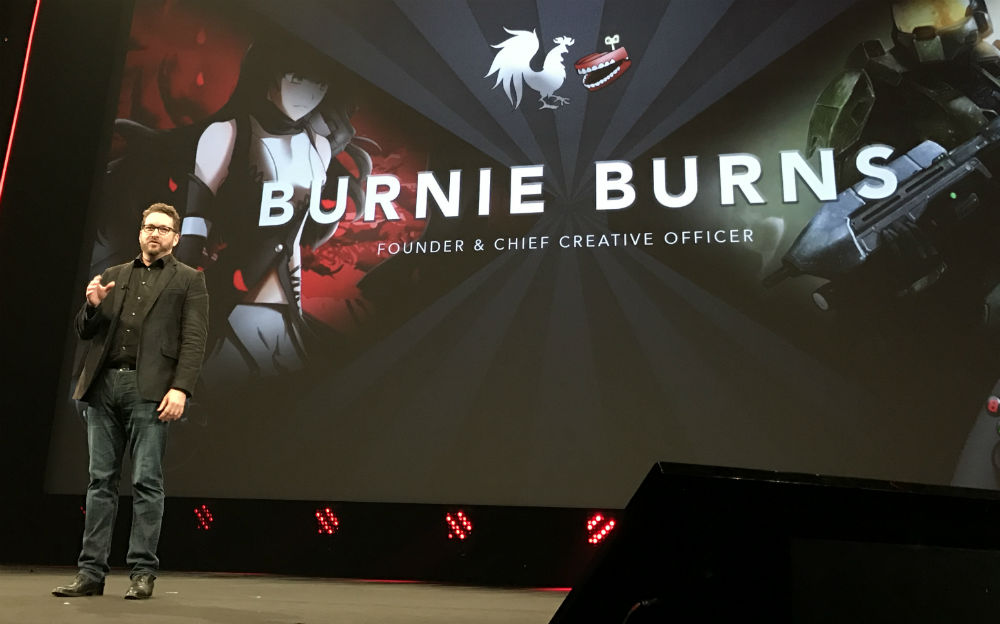 Rooster Teeth’s Burnie Burns took the stage next to talk about his studio, which he set up with his best friend in 1997 to make their first feature film. “I quickly found myself devastated by the process of trying to get that movie out in front of an audience just to get it seen,” he said. But through making web videos, Rooster Teeth realised that the internet could be their distribution channel.

“We have over 200 employees in a 50,000 square-foot production studio in Austin, Texas,” he said. What are the secrets to its success? “It easily comes down to two things: community and conversation… We learned early on that talking at our audience was not enough. We knew we had to start a conversation. Take them from being just viewers to being fans and friends.” Rooster Teeth has produced 45 different series, three movies and it has seven podcasts. “We see them all as being part of a continued dialogue,” he said. “That’s a very different model than most Hollywood production companies… Our model revolves around being the home for a core community, and growing it year-after-year.”

Rooster Teeth also raised $2.5m on crowdfunding site Indiegogo for its Lazer Team film, showing the power of that community, with Burns noting that the fans didn’t just fund the film: they went out and persuaded cinemas to show the film when it went on theatrical release, helping it deliver the best box-office return yet for a crowdfunded movie.

“In a world where 400 hours of content are uploaded every minute on YouTube and thousands of TV shows and movies are vying for attention, the loyalty of a community to spread the gospel of your brand is absolutely critical,” said Burns. “It’s important that we all think about a 360-degree approach for brand-building… I love telling stories, and I love connecting those stories with fans.”

Daniels returned to the stage. “How are they performing? Over the last year we’ve seen our original series becoming one of the leading drivers of YouTube Red subscriptions, and viewership that rivals US cable shows,” she said. YouTube Red subscribers are also watching 75% more YouTube on their televisions than the average YouTube viewer. “By the end of the year we will have released over 20 new projects,” said Daniels, with three of those shows already having been renewed for a second season – including horror-survival show Scare PewDiePie.

Daniels also talked about some new series, including comedy-drama Game Grumps, following a newly-formed team of eSports players, and a show from Dwayne “The Rock” Johnson, who is executive producing an action series about a life insurance company that sends its agents forward in time to prevent the accidental death of its clients. As she noted, The Rock isn’t just a Hollywood star: he has a thriving YouTube channel and fanbase too: a sign of the times.