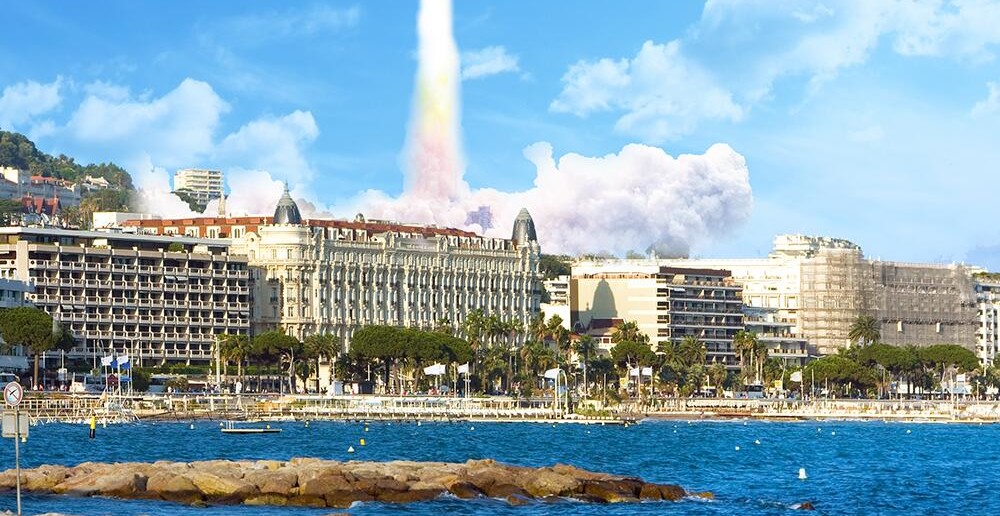 Our pick of the most buzzworthy quotes — and MIPCOM-goers — of the most social MIPCOM ever!
By James Martin on October 16, 2013 0 Comments

What a show! MIPCOM 2013 was the most social ever, with over 23,000 social media mentions (for MIPCOM & MIPJunior): 10% more than last year. This doesn’t even include the entirety of the Twitter storm caused by Jeffrey Katzenberg’s keynote (full liveblog report)!

The Dreamworks Animation head’s admission that he had tried to prolong Breaking Bad by offering its creators $75 million — “more profit than they made from the five full seasons”, said Katzenberg — for a mobile spin-off of the already-cult series was by far the most viral news of MIPCOM 2013, with over 1000 social media mentions.

As discussed the next day at MIPCOM’s Wrap session (full liveblog report), the fact his offer was turned down is besides the point: it demonstrates the extent to which top entertainment executives are now prepared to think outside the box and disrupt existing business models.

Further proof of this trend was provided by Telemundo’s Peter Blacker, whose “pirates are actually superfans” comment at October 9’s “Access is the new ownership” panel (full liveblog report) came second only to Katzenberg’s Breaking Bad scoop in terms of social media mentions.

Katzenberg was just one of many top executives to claim that right now is a crucially important time for the entertainment business. What he called a “pivotal time” was echoed by MGM’s Roma Khanna’s assertion that “it’s a fantastic time to work in television.”

Khanna’s keynote inparticular (full liveblog report) was studded with gems: again like Katzenberg, she affirmed that “user-generated content will never replace professionally-produced content”… and underlined today’s pervading sense that the rulebook is open to be rewritten: “The balls are thrown up in the air, and you can catch them in any way that makes sense at the time.”

– Facebook’s Dan Rose, who insisted that second-screen viewing is not “drawing people away from TV, [it’s] pushing people toward TV,” citing the example of how his newsfeed exploded after Game of Thrones’s Red Wedding episode; something he thinks motivated new viewers to watch the show (full liveblog report)

– Pivot’s Evan Shapiro tended to disagree, saying “I don’t believe in second screen apps. There’s a primary screen, and then there’s Facebook and Twitter”; and in the same session, moderator Kate Bulkley wondered whether Netflix and Amazon will “shoot their bolt” by investing in too much content too soon… (full liveblog report)

– Relativity Media’s Ryan Kavanaugh citing Catfish as a poster child for new TV business models: it was 2010’s 161st highest-grossing film; but after a relaunch on MTV in 2012, it went on to become one of the network’s biggest ever shows (full liveblog report; and MTV/Catfish interview coming soon!)

– Only 4% of people choose to watch a show based on social media buzz, according to PwC’s Mary Shelton Rose (full liveblog report); but nearly two thirds watch shows based on word of mouth recommendations…

– ITV Studios, for their dedicated MIPCOM social media strategy, which involved creating content specifically for three key IPs — Breathless, Tricked and Thunderbirds — and communicating with it before, during and after the show. Magic show Tricked was promoted with teaser clips before and during the show, as well as the presence in Cannes of Tricked’s star magician, Ben Hanlin, who notably threw a buyer’s phone into the sea! But it was perhaps Thunderbirds that most caught MIPCOM-goers imaginations: throughout the week, ITV Studios leaked specially-prepared photos of Cannes with hints that Gerry Anderson’s legendary Thunderbirds ships had touched down on the Croisette (cf. photo above, & tweet here). A perfect tease for the series reboot… which won’t be out until 2015!

– Red Touch Media, who went all out, notably on Twitter and flickr, with photos of their onsite events — squirrel included! — and fun ideas like a “wheel of swag” that delegates could spin to see what goodies they’d walk away with. Perhaps the best sharers of their entire MIPCOM experience. Hats off!

– Relativity Media and All3media, for organising Twitter and Facebook Q&As live from Cannes. Whilst the latter attracted hundreds of questions in just 15 minutes for the stars of crime series Midsomer Murders, the former saw CEO Ryan Kavanaugh come straight out of his keynote to chat online with followers both of Relativity Media and of Hollywood blog The Wrap, the Twitter Q&A’s media partners, via the #RelativityatMIPCOM hashtag. Relativity Media were also the first MIP Market speakers to provide us with pre-keynote teaser images, in order to build buzz ahead of Kavanaugh’s session. Another best practice to be copied!

Don’t forget: you can watch 28 sessions in full from MIPCOM & MIPJunior here; and read all of our liveblog reports here.  Enjoy!