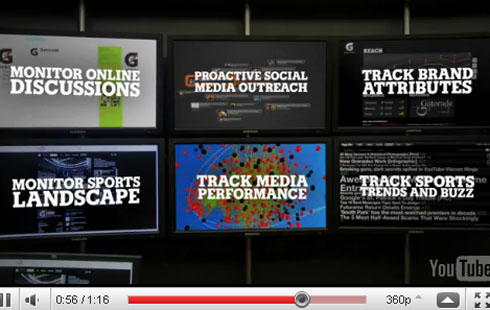 Here are a couple of examples of how social media and celebrities are influencing television and vice versa.

After seeing what lengths American radio personality Howard Stern took social media with the re-air of his 1997 film Private Parts, the gap between Social Media and TV has become almost non-existent. Stern had done very little tweeting before the event. However, tweeting in real time about what was happening behind the scenes in the movie made him an instant Twitter celebrity.

Creating an interactive forum for people to interact is what makes Twitter and similar social media platforms unique. Televised sporting events are one of the more popular types of interactive arenas. A simple hashtag of an event can connect hundreds or thousands of people with the same general interest.

Gatorade has taken their own brand to the next level and managed to create their own epicenter to follow it through TV, social media and other devices. The goal is to monitor digital leadership. I can’t tell if this is a commercial or their actual “mission control” but it’s interesting nonetheless.

Similar to sporting events, awards shows provide a great possibility for the average user to interact with some of their favorite celebrities. Twitter has enabled a bridge for this gap, but time and time again the user is the one discovering the content. Music superstar Justin Beiber would not have reached his current heights without YouTube.

After Beiber’s stardom, Twitter had to change their trending topic status because of his domination. Today you’ll be hard struck to find a televised event that this fluffy-haired Canadian has not attended dragging his Twitterverse with him as he goes.