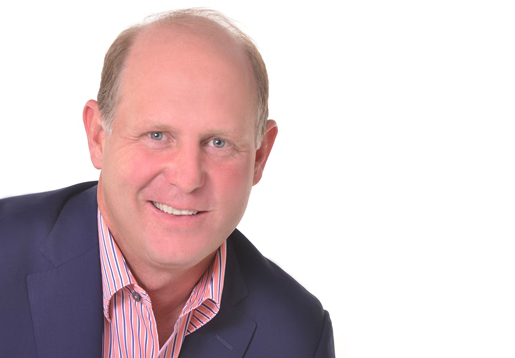 Sean De Winter: MCNs: welcome to the video-driven and democratised future of media

What do you need to know about the multichannel networks at MIP Digital Fronts this year? Ask PwC...
By James Martin on April 15, 2015 0 Comments

I’m often asked where I think the big macro trends are taking the industry. The obvious answer would be to talk about things like digital technologies, mobility and big data analytics. But, while important, those elements are just motive forces for change – not the actual direction of travel.

Instead, I would sum up where the industry is going in two words. First, video: nothing can match the communicative power of moving images, accessible wherever and whenever we want. And second, democratisation: today, anyone can develop a compelling, high-quality five-minute video at low cost and reach a mass audience.

A new breed of business…

In the past couple of years, these two trends have combined to create an entirely new segment of media: the multi-channel network (MCN). While their business models vary, MCNs can be broadly defined as online video aggregators and distributors, primarily organising user-generated content (UGC) in a consumer-oriented way and distributing it over YouTube and increasingly across other platforms where audience can be found.

We examine the drivers and industry impacts of the MCNs’ emergence in a recent video blog and accompanying article. However, I believe their significance extends into all sectors – not least because they represent a fascinating hint as to the future of media.

To explain why, let’s take a closer look. Generating the bulk of their revenues from selling (mainly video) advertising around their content, most MCNs target niche content markets such as gaming, music or comedy, while some are generalists aiming to garner the maximum eyeballs. The common theme is they appeal and speak to the young digital natives who are the consumers of tomorrow, and who – with the emergence of MCNs – finally feel they are getting a channel and a voice both as consumers and creators of content.

This dual role points to the dynamics that triggered the MCNs’ emergence. On the content side, the plummeting cost of video production has democratised the production industry. And the resulting flood of content created a demand for new ways to monetise UGC, via more effective distribution and the resulting Internet advertising revenues. MCNs fulfil this need.

But, increasingly, they’re also doing much more. The leading MCNs are now expanding along their value chains, including assisting content creators in areas ranging from funding to production to digital rights management, and guiding subject matter experts and corporates through the complexities of getting their content and messages out on YouTube and similar platforms.

These activities are bringing them into head-on competition with advertising agencies and buyers. Today’s major advertisers are complaining of a shortage of high-quality, relevant and monetisable video inventory through which to promote their products. MCNs already curate high-quality video inventory that is in demand by an engaged and expanding audience. So growing numbers of advertisers see them as providing at least part of the answer.

The advent of MCNs also creates a conundrum for incumbent media and entertainment companies. How should they regard MCNs? As complementary niche players whose talent they can cherry-pick? As direct competitors for eyeballs, advertising and subscriptions? Or even as a potential acquisition opportunity, to add potentially lucrative UGC to their portfolios?

Given different circumstances, I believe any or all of the above may apply. And the major players are already taking them very seriously. In March 2014, Warner Bros made a US$18 million investment in Machinima, one of the biggest MCNs focused on gaming. In the same month, Disney acquired rival MCN Maker Studios for US$500 million upfront with additional investment if performance targets are achieved.  Another example is the September 2014 acquisition of a majority stake in Fullscreen by Otter Media, a joint venture between AT&T and The Chernin Group.

Such moves may be just the start. In my view, as incumbent media companies venture further into online distribution, they’ll see more reasons for forging tie-ups with MCNs. For example, Hollywood studios rolling out cloud-based access might acquire an MCN with wide distribution. Or an online provider of professional-quality content might decide a UGC distribution channel is a valuable addition.

Whatever strategies emerge, I think it’s clear that MCNs are here to stay. And that their fusion of online video and democratisation will continue to reshape the way companies reach – and sell to – the emerging population of digital native consumers.