From the inaugural MIPDrama Screenings to global reveals of Roots and more, TV fiction was in better shape than ever last month in Cannes.
By Julian Newby on May 11, 2016 0 Comments
MIPDRAMA SCREENINGS

Drama took centre stage at this year’s MIPTV with the inaugural edition of the MIPDrama screenings, which were held on April 3rd in the JW Marriott. The 12 series that were screened for buyers and press were Bodo from Poland by Telewizja Polska and Akson Studio; Bordertown from Finland, produced by Fisher King and Federation Entertainment; Spain’s I Know Who You Are, by Arca, Ku’damm 56 – Rebel With A Cause from Germany; produced by Ufa Fiction for ZDF/ZDF Enterprises, Mathilde from Russian producer Rock Films Studio; Italian production Medici: Masters of Florence by Lux Vide SPA and Big Light Productions; Public Enemy from Belgium, produced by Playtime Films/Entre Chien et Loup; a Chilean production with the working title Ramona by Wood; France’s Section Zero from EuropaCorp Television Bad Company, and Umedia; The A Word, from the UK, produced by Fifty Fathoms and Keshet UK; and two more UK productions in the form of The Secret by Hat Trick Productions in association with Northern Ireland Screen; and Victoria by Mammoth Screen. 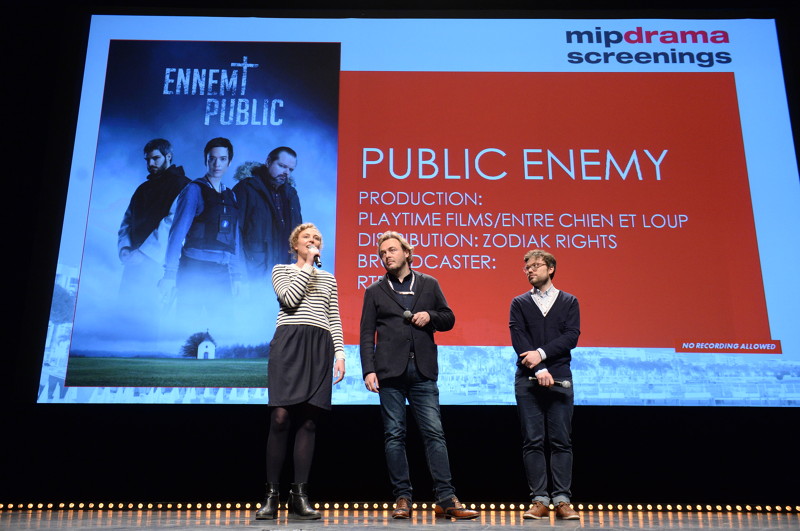 It was Wright who announced the winner onstage, commenting that Public Enemy is a brave show, and one that that will translate well globally. Eric Frances (right in above picture), the show’s creator, accepted the prize.

The shows in competition were selected by an international panel of creators and showrunners including The Refugees and Velvet showrunners Teresa Fernandez-Valdes and Ramon Campos Saez, executive producer Chris Long (The Mentalist,The Americans) and Casual Vacancy executive producer Sarah Phelps, plus The Killing creator Soren Sveistrup, and Deutschland 83 creator Anna Winger. 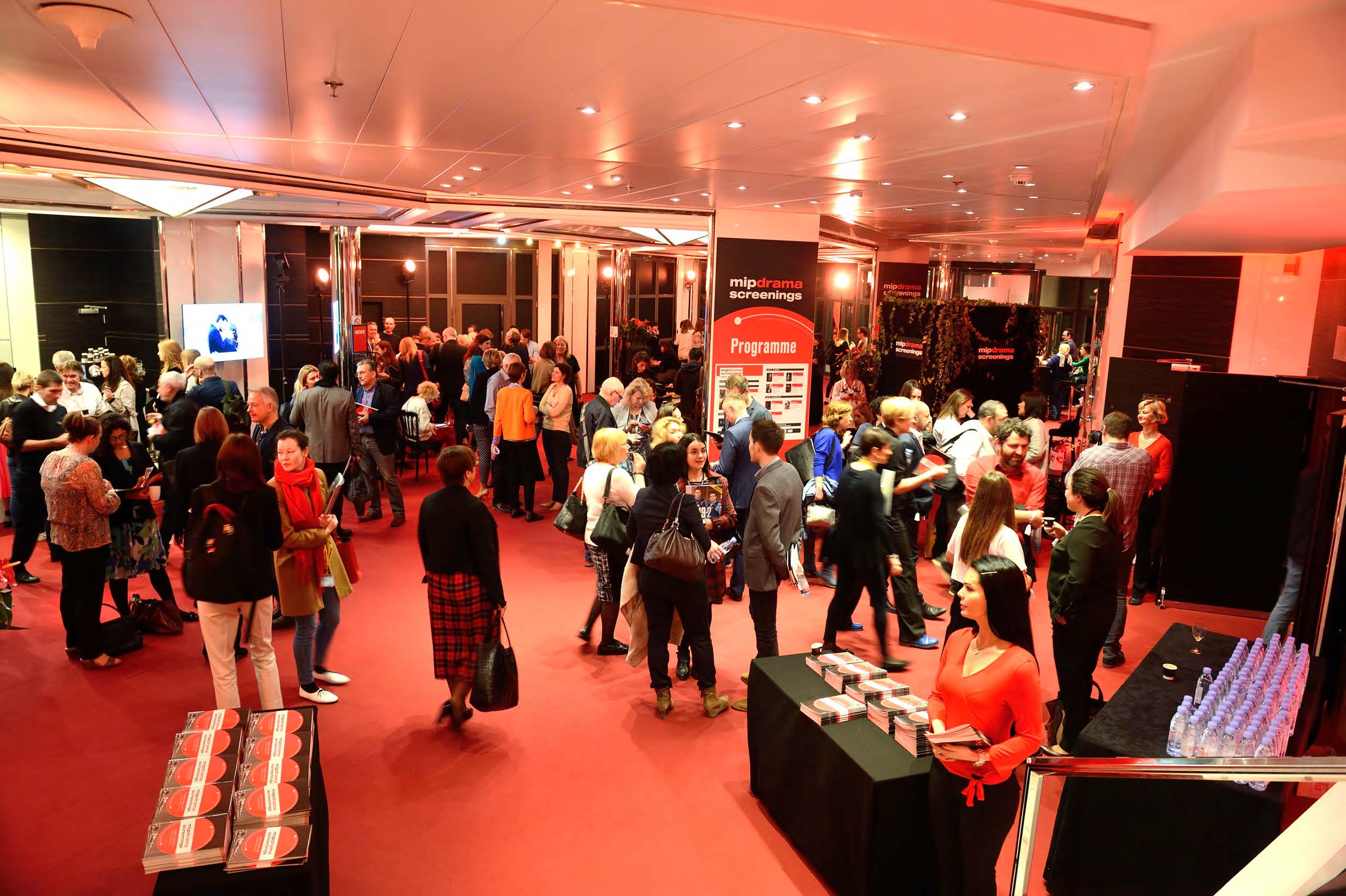 “There are so many talented people in the TV business right now, directing, writing, producing and acting, and that’s the main reason why TV drama is so hot at the moment,” Sveistrup saod. “People are different, and all these shows are very different. The MIPDrama Screenings is really a great proof of the variety.”

Alongside the inaugural pre-MIPTV event, there were several major drama premieres during the week. The series of prestigious screenings kicked off with the world premiere of the new version of Roots from A&E Studios on Monday evening. The new version of the hugely popular show has been reimagined for the young and stars Anna Paquin, Jonathan Rhys Meyers, Anika Noni Rose and Malachi Kirby alongside Forest Whitaker, Rege-Jean Page, Matthew Goode, James Purefoy, Mekhi Phifer, Tip “T.I.” Harris, Emayatzy Corinealdi and Chad L Coleman.

Executive producers Mark Wolper, son of the late David Wolper who produced the original 1977 series, and LeVar Burton, who played the original Kunta Kinte, joined the actors to launch the new-look seminal portrait of American slavery at MIPTV. 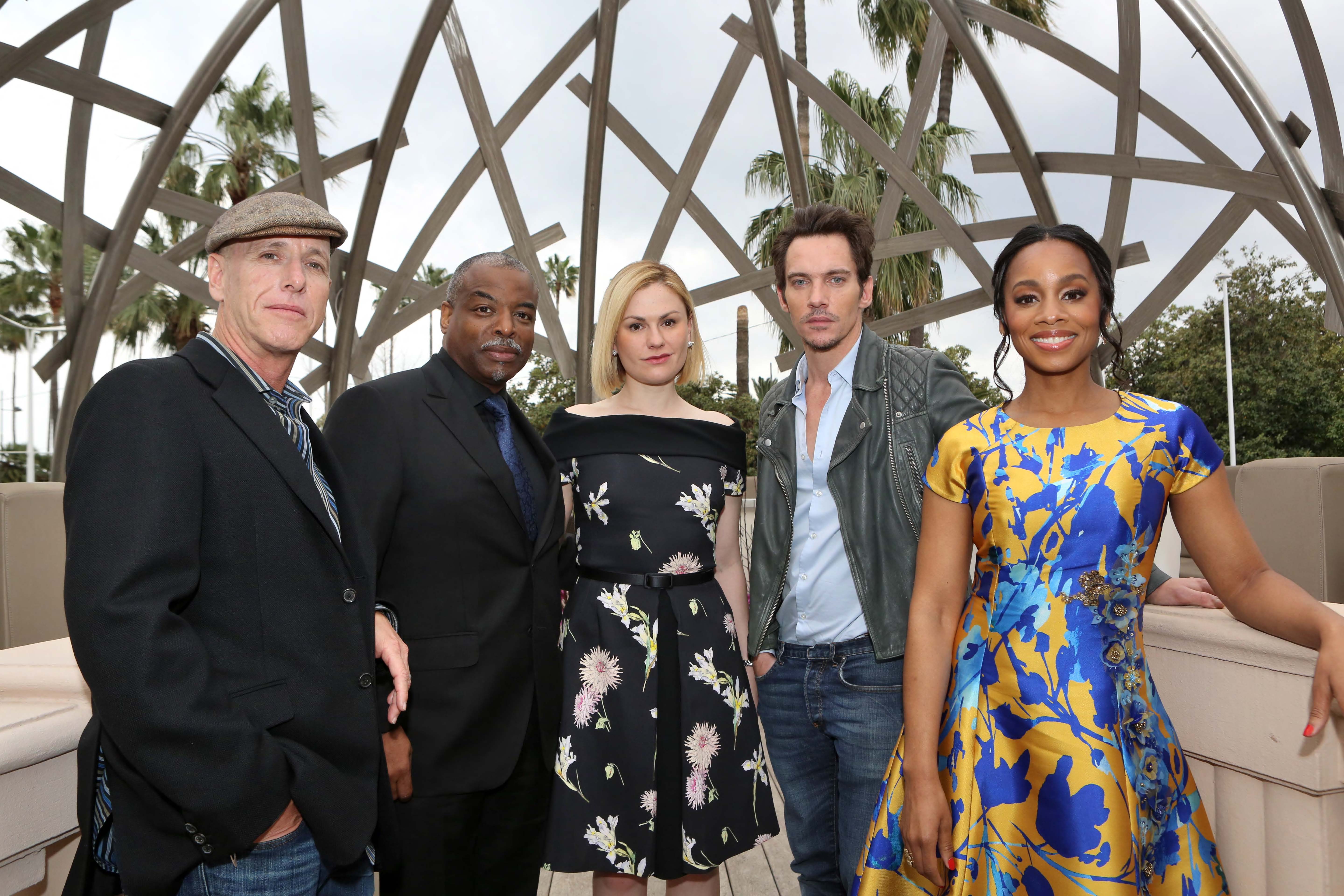 Based on Alex Haley’s 1976 novel describing the life of Kunta Kinte, an 18th century young Gambian man who is captured and sold to a Virginian plantation owner, the Roots ‘reboot’ (4 x 2-hrs) expands the story after the Civil War. “I am absolutely targeting a younger audience – that is the only response to the show that I care about,” Wolper said, underlining the importance of bringing the experience of the transatlantic slave trade to the next-gen audience. “It is really important for people to remember that we are all connected. This is not just the story of African-Americans, this is the story of America,” said Noni Rose.

Jonathan Rhys Meyers, who plays uneducated slave owner Tom Lea, said his role was consistently villainous over the four-part series. “Emotionally, it was quite complicated as the story is so horrifying – it felt quite different to anything else I’ve done because it is attached to such culturally important material that is also incredibly relevant now,” Meyers said.

“When we were shooting scenes in a plantation house outside New Orleans, I was very aware that similar atrocities had most likely happened where I was standing, it was very disturbing…but in a good way,” Paquin added.

Another drama screenings at this year’s MIPTV included the 4K production Moribito: Guardian of the Spirit from NHK, based on the best-selling books and starring leading Japanese actress Reiko Takashima (below), who appeared in Cannes to promote the new show. The programme is regarded as something of a departure from the historical drama for which NHK is renowned – just as the character Torogai, a wild-haired, ancient shaman, is a departure for actor Reiko Takashima. 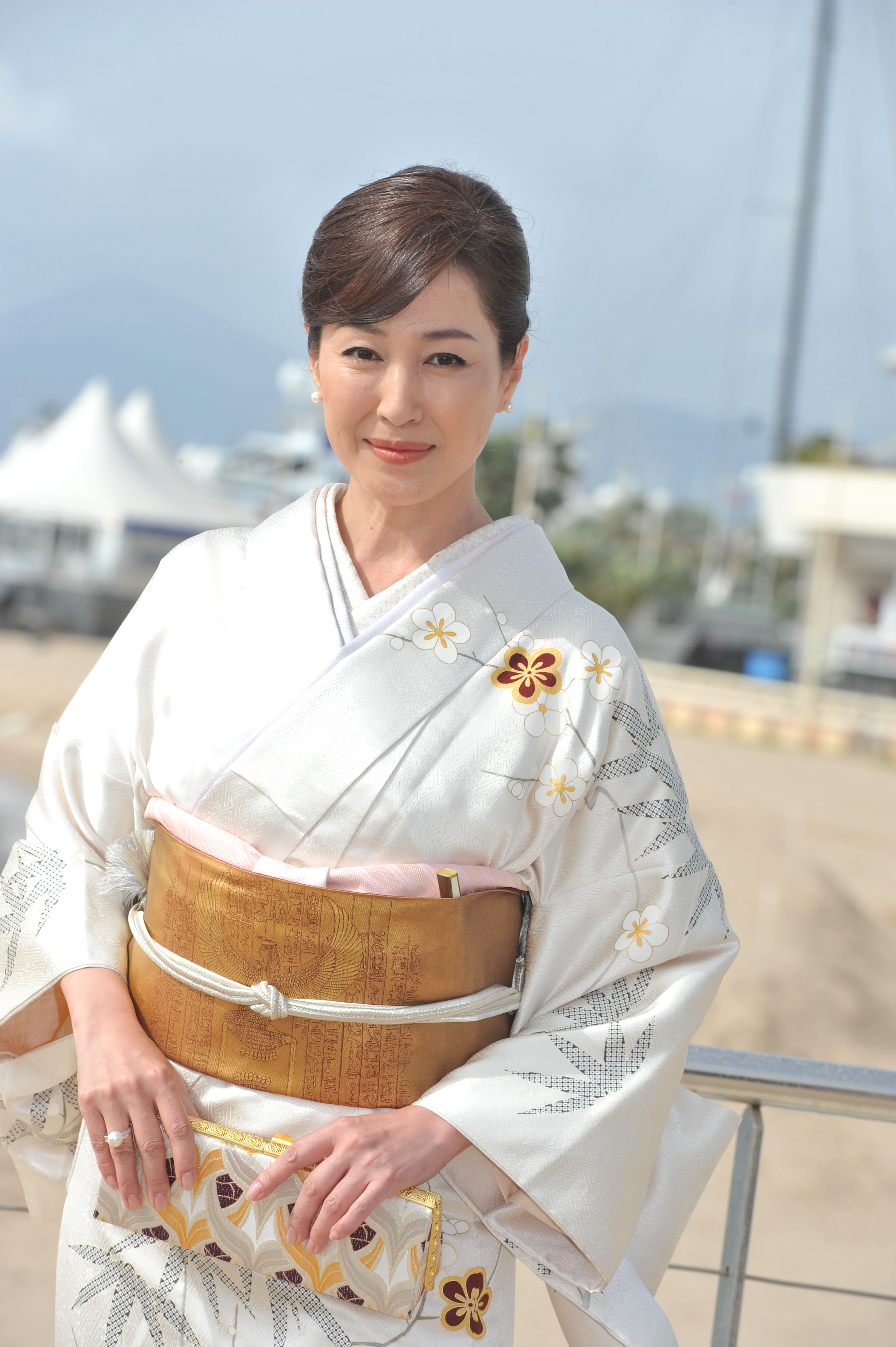 “There’s a lot of special make-up, and this was the first time I’d had to do it, so I was a bit anxious about how I could get into my role,” she told MIPTV News. “I spent a lot of time looking at images beforehand to develop ideas. I felt this interesting character was a big opportunity.”

Torogai has a pivotal role in Moribito, which tells the story of a female warrior who saves the life of a prince. She becomes his bodyguard and the two embark on a perilous quest. Torogai becomes their link to the spirit world, which is very present in the story. 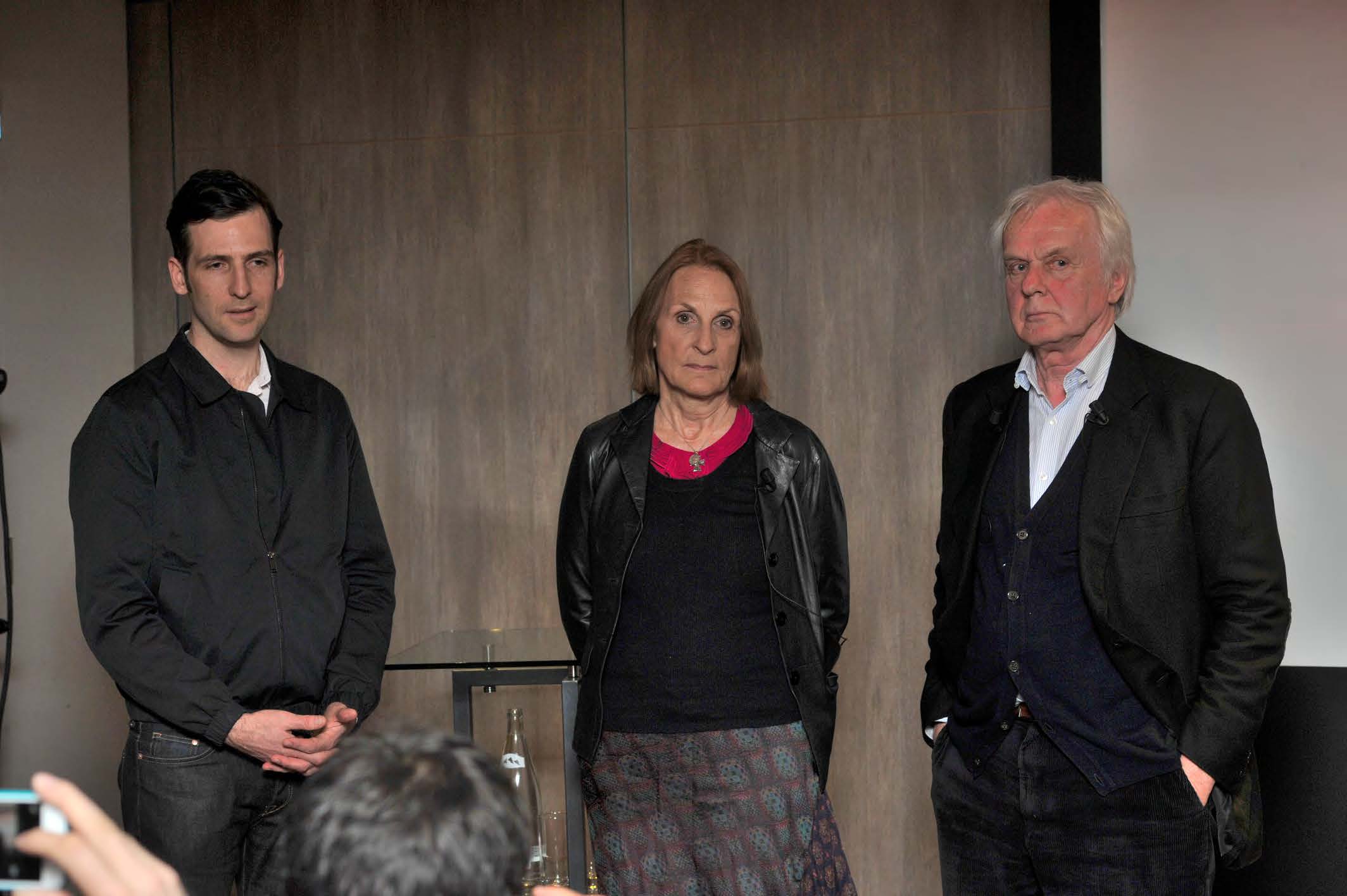 There was also a screening of 18 minutes of the first episode of the new BBC drama The Collection at the Chateau de la Napoule, with close to 200 buyers invited from around the world.

In short, the golden age of TV fiction shone more brightly than ever at MIPTV this year!

This wrap, the third in a series of post-MIPTV resumés, was prepared by the MIPTV News team. Discover all MIP Markets publications’ digital versions here; and check out MIPTV sessions, including the MIP Digital Fronts, in full video here.