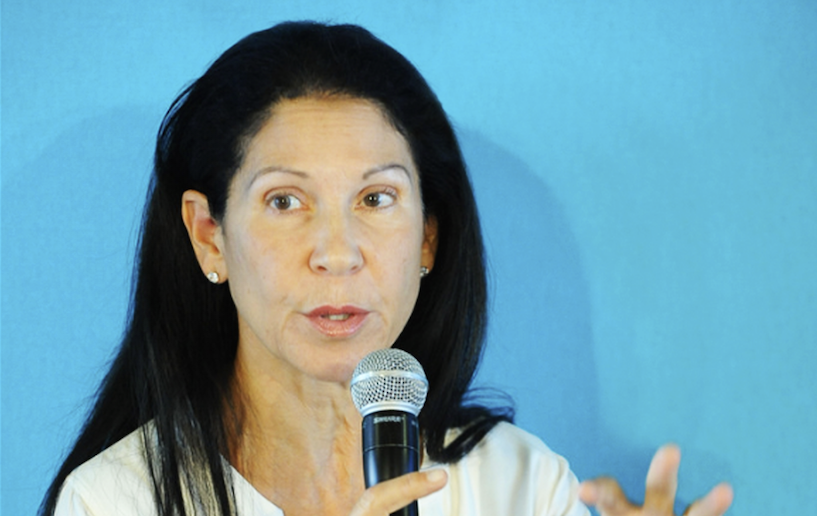 Why Ad Blocking is making Branded Content the future of TV

Introducing Kim Moses, a MIP regular and Hollywood-based producer at the intersection of TV and digital media, whom we’re honoured to welcome as a regular contributor to MIPBlog pre-MIPTV 2016. In this, the first in a series of posts on what global and digital content looks like today and where it’s headed tomorrow, Moses examines the entertainment implications of the growth of ad blocking, and provides tips as to how producers can work around it. Over to you, Kim!

This is an extraordinary time to be working at the intersection of TV and Digital Media, because the content business is evolving so rapidly. One significant challenge that’s being spun out of this evolution is ad blocking.

First, a few digital trends we can all agree on before tackling the specifics of ad blocking:

– People no longer park themselves in front of TV sets to watch regularly scheduled content. Technology enables increased choices, and consumers have become accustomed to controlling content at their fingertips, with smartphones topping 70% penetration and tablets nearing 50%

– Content consumers have become device- and platform-agnostic – they care less about how they’re watching, but continue to care about quality content and that their ability to connect with it at home or on the go. Therefore, growth in digital consumption of content is projected to continue increasing

– Currently, people in the US spend 5 hours and 16 minutes a day in front of a screen that’s not a TV. For the first time ever, people are devoting more attention daily to smartphones, computers, tablets, etc. And yet…

– Initially, this shift was driven by younger viewers (18-34 year olds), but it’s no longer a young viewers vs. old viewers story. Growth in digital viewing is even more significant among 35-49 year olds and 50-64 year olds.

Okay, so if content is king but consumers are shaping their own content discovery experience, then how much digital content is being sponsored by what was formerly TV ad revenue? In 2015, global digital ad spending increased by 18% to $170.2bn. That’s 30% of the total international advertising market. The good news for digital is that the advertising dollar shift from TV to digital is projected to continue with significant increases. The bad news for digital is that ad blocking is on the rise globally.

What’s ad blocking? Mouse to an ad blocking site, click an install button and voila! In seconds, ads disappear from your device. All of them. No ads unfurling on your screen, or following you from site to site. Your web pages load faster, your ad blocking plugin even informs you of how many ads it has blocked. I’m telling you, the number is jaw dropping. Which is why ad blocking is spreading like wildfire.

And we care because?

Well, someone has to pay for all this great content we’re churning out, right? As ad blocking evolves and digital viewers go the way of TV viewers — skipping TV commercials — It’s changing the content business model for sure. Here’s a bit of context:

– Globally, the number of people using ad blocking software has grown by 41% in the last 12 months

– Our counterparts in Europe aren’t trailing by much — In 2015, ad blocking use in Europe grew 35%, increasing to 77m European active users per month. In England, ad blocking increased by 82% to 12 million monthly users; In Germany it increased by 17% to 18 million

Where does that leave us? At the doorstep of branded content. Because brands are looking for content integration opportunities that combat the use of ad blocking and commercial-skipping. Branded content offers advertisers the opportunity to truly engage with consumers in an entirely new way and in return, brands continue financing content production costs and distribution. It’s a win/win: audiences get content that engages them, and brands reach their intended audience in a more natural way, that appeals to consumers’ interests.

To understand branded content, you have to first understand that traditional advertising (oh-so-yesterday) is about delivering features and benefits through a product story and then finding ways creatively to connect that to people. Branded content is the reverse: starting with people and stories to help brands connect with the hearts and minds of their consumers (audience) then figuring how to creatively link that to the product.  Or not.

Most marketers rushing into the branded content space have become believers in its power.  But the big mistake made frequently enough is that marketers still try to turn branded content into advertising.  Nobody wants to watch commercials. People want stories. People want characters that they deeply care about. They want things that are different and compelling.  And they don’t care who brings it to them — ABC, Nike or Netflix — it makes no difference, as long as it’s great content and no one is ‘selling’ anything.

But marketers are starting to realise how hard the art of long-form storytelling is. This is good for us. You and I are in the storytelling business.  We don’t just talk about it; we do it for a living.  All day. Every day.  And for that reason, marketers and brands are finding they need to partner up with content creators like us to birth stories and characters that loyal consumers will care about.

What are some best-in-class examples of branded content today?

– The ultimate, of course, is Red Bull  – It was a drink company that made content and now it’s a content company that makes drinks: https://www.youtube.com/watch?v=FHtvDA0W34I

– Another is the LEGO MOVIE. It made over $500m at the box office, and people loved the film so much that it reinvigorated the brand: https://www.youtube.com/watch?v=fZ_JOBCLF-I

– Also worth looking at: Chipotle’s Farmed and Dangerous (MIPTV 2014’s Brand of the Year Award winner, and the 2nd most popular show on Hulu the day it premiered): http://www.hulu.com/farmed-and-dangerous

– Intel and Toshiba’s The Beauty Inside series, a fascinating way to integrate audience participation into branded content storytelling: http://www.thebeautyinsidefilm.com/

– And French Kiss, which I produced for Marriott International Studios, which got over 6 million views in 15 days: http://frenchkissfilm.marriott.com/. That’s right: Marriott’s got its own content studio, as do an increasing number of forward-thinking brands.

Interestingly, Turner (the cable programmer, whose channels include TBC, TNT, CNN and Cartoon Network, among others) announced yesterday its new strategy to turn itself into a giant branded content platform, via its own studio, Courageous.

To stack the deck in your favour when you’re in the driver’s seat of creating branded content – and I believe it’s going to be sooner than you think — here’s a checklist that may be helpful:

– The goal of branded content is to build a strong relationship between a brand and its audience (consumers). So create content that makes people want to reach for it and share it

– Branded content enables the brand to connect with its audience directly. Not just on a brand site but wherever viewers are (social platforms, video platforms, media portals, etc.)

– That said, content is not platform-agnostic. Know the strengths of the platform you are posting on and understand how it aligns with the content you’re creating. Which brings me to…

…what Regina Dugan and her extraordinary team at Google ATAP are doing up in Silicon Valley.  They are pioneering 360-degree storytelling — a new genre of videos made specifically for mobile devices. The twist is that Google’s Spotlight Stories invite viewers to move their phones around to explore the story, and use it like a window to an invisible world that surrounds them. It’s almost like virtual reality without a headset — and the possibilities of this type of storytelling seem infinite. To drill down into more details, click here.  And to try it out, go to YouTube on your mobile phone (Android), search for the Google Spotlight Stories channel and play around with it. Needless to say, the potential for branded content in innovative new formats like these is huge.

Thanks for dipping in! Until next time — Continue never doing the expected.  Never taking the easy path. Never standing still.

Kim Moses is an Executive Producer/Director/Writer and entrepreneur with expertise at the intersection of TV and Digital Media – which, as it turns out, is unique for a woman. She is the founder of a TV production company –Sander/Moses Productions – and a Digital Media company – SLAM – along with my rad partner Ian Sander. Moses has worked in Live Sports, Fact-Based TV (formerly known as Reality TV), MOWs, Scripted Dramas and, for the past nine years, has traversed between TV and Digital Media. In future blogs, she will share insight into these two worlds (traditional and untraditional media) that are crashing against each other and discuss how the Total Engagement Experience (TEE) thrives at the centre of their great divide. Meanwhile, click here for a quick dive into TEE: http://www.sandermoses.com.