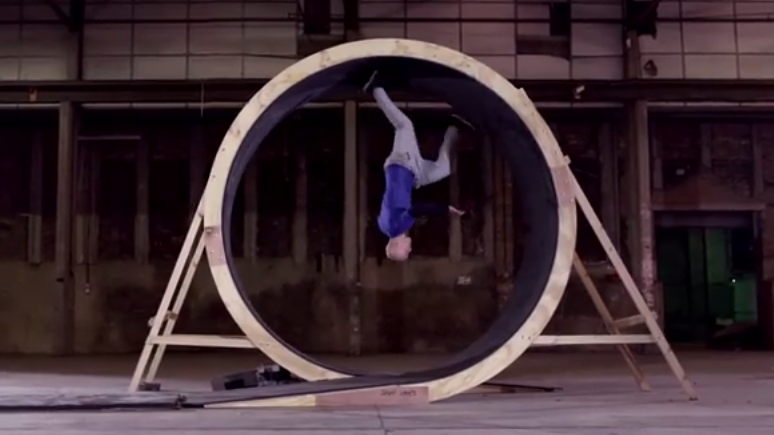 Mission 404: Internet Must Stay Alive, by Orangina and Fred & Farid

Created in 1936, the Orangina brand has always been proud of its avant-garde attitude. Communication with its customer base (of 15-25 year-olds) has to be fun, creative, a bit crazy and with a certain sense of humour. Consumed by 30% of French people, the brand is constantly innovating through advertising campaigns, by Fred & Farid.

“We prefer to have Orangina consumers with an opinion about the brand, even if it’s negative. Orangina is a non-consensual brand”, says Stanislas de Parcevaux (marketing director for Orangina-Schweppes), who insists “it is very important for us to foster a state of mind, and bring Orangina’s energy everywhere”.

Orangina has developed its marketing strategy organically, including its digital dimension. It now counts 1.2 M fans on Facebook, 9500 followers on Twitter, and the videos posted on its YouTube channel are viewed by millions of subscribers.

The brand decided to partner with popular YouTube MCNs Studio Bagel (60% of which was recently bought by Canal+) and Golden Moustache, to produce Mission 404: Internet doit rester vivant (The internet Must Stay Alive).

The video is a humourous compilation of everything that can go wrong on the internet, whilst parodying famous films like The Lord of the Rings. You can also see a real Orangina pre-roll ad at the very beginning of the short film. Mission 404 has racked up 4 million views to date.

Pepsi Max is the low-calorie cola marketed by PepsiCo and launched in 1993. It has frequently associated itself with extreme sports, a good fit with its taglines “Maximum taste, no sugar”; “Don’t worry, there’s no sugar”; or “Live life to the Max”… and a great way to target young males (in contrast to other diet drinks, which tend to target women).

Human Loop the Loop with Damien Walters features the famous British “2.0 gymnast”, freerunner and stuntman. His breathtaking video was a huge success on YouTube , and has been viewed over 7 million times to date.

More tongue-in-cheek online innovation, this time from fast-food chain Burger King (6.7m fans on Facebook, 530k followers on Twitter). The brand and its agency noticed that a lot of people were extremely frustrated by pre-roll ads on YouTube. As the campiagn itself puts it:

“YouTube ads are a highly effective way to reach young guys. There’s just one problem: they hate them”.