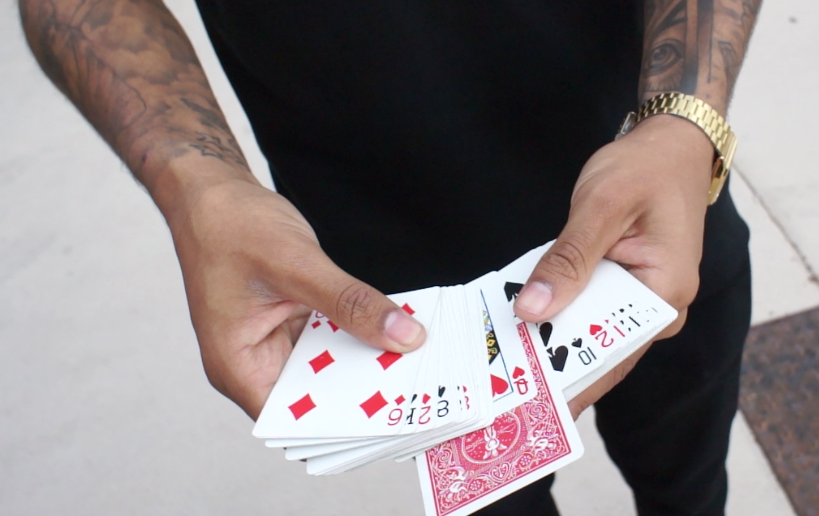 Interview: Magic at MIPCOM, with Troy

The UK magician performs a classic trick, ahead of the launch of a new YouTube channel, with Zig Zag Productions
By James Martin on October 7, 2013 0 Comments

MIPBlog caught up with magician Troy at MIPCOM today, with Danny Fenton, CEO of production company Zig Zag Productions. Troy, here to promote his new six-part series, as well as a forthcoming magic-focused YouTube channel in partnership with Zig Zag, treated us to a classic — yet nonetheless impressive! — magic trick 🙂

“Comedy was the new rock and roll, so magic is the new comedy,” said Fenton; hence the idea of a new YouTube channel, whose aim is to “tap into the new magic wave.” Not however, old-fashioned magic à la Paul Daniels; rather “street magic”, or something that “blows away clichés” about the discipline, as Troy puts it.