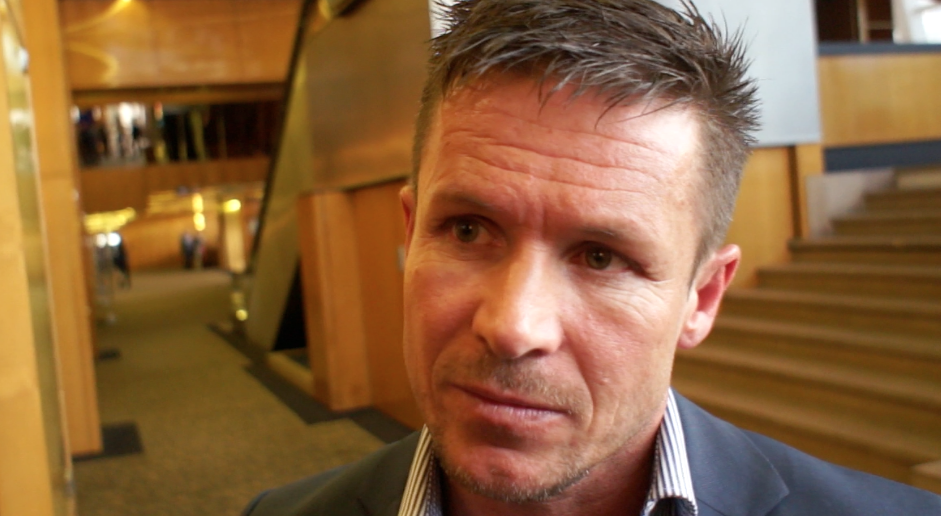 Interview with Felix Baumgartner: “I never had the impression I was going to die”

MIPBlog spoke to the record-breaking aerial expert about his Red Bull Stratos exploit, straight after his MIPTV keynote.
By James Martin on April 9, 2013 0 Comments

MIPBlog spoke to the record-breaking aerial expert, straight after what he called a “mind-blowing” MIPTV showcase, with Red Bull Media House’s Alexander Koppel.

He said he hopes his jump from the the edge of space “will inspire the next generation”, but confirmed he would not seek to repeat the experience. “If you go faster, the next level is twice the speed of sound, and I want to leave that for the next generation.” We also asked how he didn’t pass out during his fall, given the rate at which he spun round in freefall. “We anticipated this was going to happen, so we had a rescue device, so I never had the impression I was going to die. I was always conscious.”