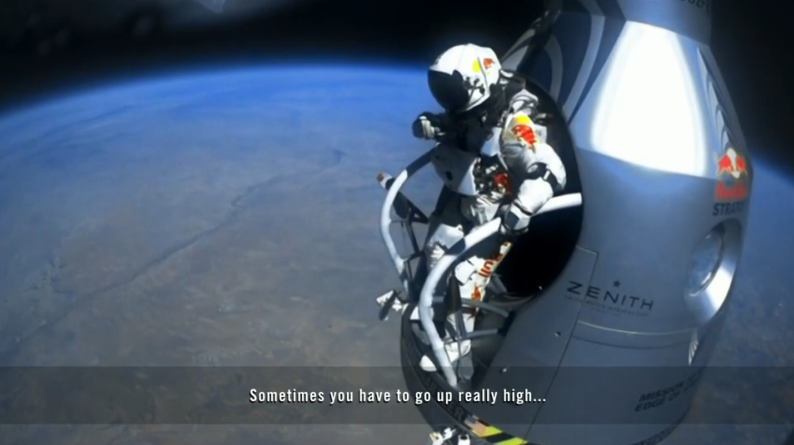 "This year has truly been a tipping point for branded entertainment", says OgilvyEntertainment's associate director. Here's why!
By Abigail Marks on December 27, 2012 2 Comments

This year has truly been a tipping point for branded entertainment. Without question, Red Bull is leading the charge. If you missed their booth at MIPTV in 2012, we have no doubt you’ll stop by in 2013, even if it is only to watch Felix’s record jump just one more time.

While there are a host of attributes by which to rank this year’s programmes – creativity, effectiveness, audience reach – the following represent the ones who were a cut above the rest. I’ve pointed out all year, notably here on MIPBlog, that branded entertainment should serve a custom, targeted purpose, specific and strategic to the brand. This select group of programmes has delivered authentic brand story in a cultural context, prioritising the entertainment or utility for the target audience.

More than 100 countries Moved to the Beat of London, from the Olympic Torch Relay where 1,300 inspirational “Future Flames” carried the Olympic Torch across the United Kingdom, to Move to the Beat™, designed to bring teens closer to the Olympic Games and sport through music, thousands of people around the world joined Coke in celebrating the Olympics.

Coca-Cola teamed up with Grammy Award winning producer Mark Ronson and artist Katy B on the global anthem, Anywhere in the World. Ronson spent four months travelling the world to capture the sounds of five athletes and recorded the sounds of their sports in unique and unconventional ways for use in the track.

At the games, the Coca-Cola Beatbox was created to entertain visitors to London during the Games. The iconic, circular structure was situated at the Olympic Park and acted as a musical instrument using interactive sounds from the Anywhere in the World song.

Why? It’s hard to go wrong when partnering with the Olympic Games, but it is very difficult to maximise the potential of the partnership. Through its branded entertainment programme, Coca-Cola arguably made the 2012 London Summer Olympic Games more enjoyable.

There are so many reasons this programme was a success in my book, but here’s the shortlist: Cultural context, Creativity, Brand authenticity, Multi-platform execution and Global reach.

Stunt: Red Bull Stratos – Mission to the Edge of Space

The purpose of the Red Bull Stratos mission is to transcend human limits. Supported by a team of experts, Felix Baumgartner ascended to 128,100 feet in a stratospheric balloon and made a freefall jump rushing toward earth at supersonic speeds before parachuting to the ground. His successful feat on Oct. 14, 2012 holds the potential to provide valuable medical and scientific research data for future pioneers.

Why? Red Bull continues to demonstrate a truly fearless charge into the content world – while most brands are dreaming about how they should be storytelling, Red Bull Media House produces over 600 hours of content a year.

Some reasons why Stratos stands above the rest:  Creating a moment, Brand Authenticity, Prioritising audience entertainment ahead of the brand message, Earned media, Global Reach.

Launched in 2010, The Chance is a unique global football talent search that gives young amateur footballers from around the world the chance to prove themselves on an elite stage and take their game to the highest level. The latest installment of this programme saw its highest level of engagement yet with an accompanying YouTube docu-series and social media elements on Twitter and Facebook.

Created to support talented youngsters who are not currently in the professional game, The Chance allowed the best young footballers to train and play at the leading facilities in world football, showcase their skills in front of elite coaches and mentors, and develop and improve their talent, with one aim: to get noticed.

Players from 55 countries around the world took part in The Chance trials in 2012.  The best 100 players from these trials, watched by top Nike coaches, traveled to a global final in Spain, held at FC Barcelona’s famed youth academy, where the top 16 were selected to compete on tour in 2013.

Why? Branded Entertainment is about so much more than web-series. The more you do, the more you get. Nike proves that thinking globally, aligning assets and rights, a big story can fill a big stage.

Key attributes that put this programme in an elite group: Access to target audience/key influencers, Leveraging rights to world-class players, teams, stadiums, and other key elements to build a larger programme, Global Reach.

Why? While other brands are still figuring out their storylines and content strategy, gaming brands are forging the path with a massive audience in tow. Pulling their loyalists further down the rabbit hole with a perfect blend of technology, social engagement and expanded storylines, their branded content is an easy and logical evolution for the industry. Tapping into an army of subscribers on Machinima’s YouTube channel and leveraging key gaming vloggers to launch, that’s where you’ll see Christopher Mintz-Plasse (Superbad, Kick-Ass, Role Models) running for his life on a deserted island from the insane Vaas (played with maestria by Michael Mando, who also interprets the character in the game). This four-part mockumentary was released weeks before the game was available for sale. Viewer discretion is advised.

Why? Although Roman Polanski, Helena Bonham-Carter and Ben Kingsley are familiar with premiering at Cannes, this year Prada shared the main stage. As a surprise treat prior to Polanski’s film Tess, he shared his audience with the brand for 3 minutes of luxury.

Yes, the brand gave free reign to Polanski, but it’s quite clear that they articulated their brand story so well, he was able to distinctly incorporate programme objectives into the short film.

We also saw stunning visual work from Cartier in 2012, but the ability of Prada to produce a film of this calibre with a fun storyline while still communicating brand-messaging wins out in this category.

Technology: Intel & Toshiba: The Beauty Inside

Why? After success in 2011 with Emmy Rossum starring in The Inside Experience, Toshiba and Intel took on another audience-driven, social film project. This one is beautifully shot, deep-seated in the brand story, but prioritises entertainment and audience experience – the role of the brand is tastefully discreet. Directed by Sundance Grand Jury Prize winner Drake Doremus (Like Crazy) and starring Topher Grace (That 70s Show, Spider-Man 3, In Good Company, Traffic), this intimate portrait of human connection is so compelling, its understandable why the fan base is demanding more storyline – which the brand has promised for 2013.

As innovative as this programme is, I believe it is only the beginning of how consumers will interact with branded entertainment five years from now.

Why? Despite popular opinion, branded entertainment is an incredible vehicle for B2B brands. In late 2011, when GE and Cinelan announced this multi-year collaboration with the International Documentary Film Festival Amsterdam (IDFA), the partnership promised amazing potential. With a roster of Oscar- and Award-winning doc filmmakers on board to produce a series of three minute films telling the story of GE, and the incredible human power of ideas and invention, will be produced.

The first 25 in this 30-episode series live on focusforwardfilms.com and have premiered at film festivals throughout the world, most recently at the Dubai International Film Festival. These films humanise the world of GE, while creating invaluable sales and marketing tools for the business.

So there you have it! A difficult year to beat; but here’s what I’m excited about in 2013:

Abigail Marks is associate director of OgilvyEntertainment, the branded entertainment arm of Ogilvy & Mather, with whom MIPTV has been working on brand-focused panels since 2007 (find all of 2012′s panels here). This is the latest in a series of regular posts, which will also be appearing on TWEED, OgilvyEntertainment’s blog.