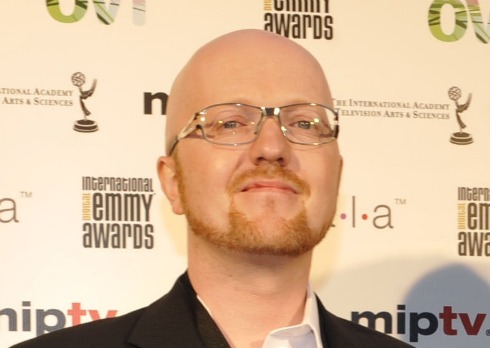 Here are some takes from MIPTV, MIPFormats and Connected Creativity from my own personal angle, that of a creative and a format developer:

Firstly, originality goes a long way, but goes even further when it is not too original. The Fresh TV and Fresh Formats showcase sessions showed this in abundance, as most of the shows and formats on display were things we’ve seen before, only slightly tweaked. To compete in a quiz show and climb a prize ladder towards riches is something we’ve seen before. SevenOne’s twist in You Deserve It was to have the contestants win the money for someone else – someone who, you guessed it, deserves it. People out in the wilderness, competing to eliminate the others and win a prize is also something we’ve seen before. Zodiak cast families instead of random people for the competition in Family Explorer. The list goes on, making 2011 the spring to be adventurous, but definitely not too adventurous.

In other competitions there were more challenging ideas presented. The FremantleMedia/RTL category in the Content 360 competition saw The Connected Set go on to win with their format Go To The Answer, a game show / treasure hunt with a lot in common with geocaching, making good use of GPS and other technology to create a vibrant and interesting game show over several platforms. It’ll be very interesting to see the final product, as it hopefully rolls out of the Fremantle format development department later this year.

In the Fresh Talent Pitch at MIPFormats Small World FTI had the most engaging pitch with their format Dracula Tour Challenge. The production will be hosted in Romania and builds on the legend of Dracula in a game show format. It is a format where mythology building should pose no problem, which in turn will give writers a fairly clean and inspiring setting to start from.

Secondly, there is a lot of extremely interesting stuff happening when looking at where technologies, services and apps converge with content, formats and shows. It’s early days for sure, but with a growing recognition of the audience as a part of the story, not only as a passive recipient, and with companies battling to come out with the next thing to draw mass participation, it’s exciting times to say the least. Do read up on MIPBlog’s live coverage archives for more info on all the things presented.

What I found lacking, though, was any formats or shows taking the plunge and immersing themselves in these types of possibilities. As a firm believer in the power of using transmedia storytelling methods, I am sure that the first show to properly embrace all possibilities – all that logically fit the show in question, naturally – will see an engagement with the audience on a level not seen before. Looking back at examples like Lost and True Blood, both have successfully engaged with audiences, but still as add-ons to the main story, not as a fully-fledged, from the outset integrated transmedia ventures.

Thirdly, and this is a niche where it would be possible to carve a nice pile of gold for oneself, we need translators. Not translators between languages, but between ideas. Not translators between French and Chinese, but between creatives, tech people and marketing people. To be able to create amazing content spanning over multiple platforms, conveying the same touch and feel of a story world to anyone approaching it from any angle and any platform… for that we need people to understand each other on a very deep level. That’s not where we are right now. The signs are good, however, and I think we are on the right track. As Will Rogers put it though:

So, let’s get a move on! And see you at the next MIP, if we don’t meet before that!