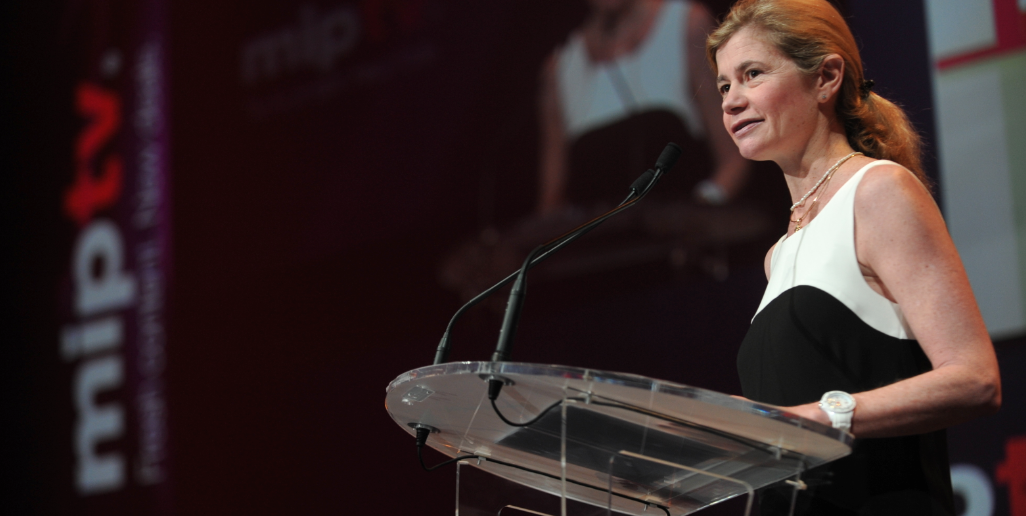 Liveblog: Fresh TV Around the World

A glimpse of what's new and trending in global shows, from TV observatory The WIT
By Angela Natividad on April 4, 2011 0 Comments

Prior to MIPs’ typically most-packed conference, Reed MIDEM’s Paul Zilk talked briefly about the impact of the earthquake in Japan on the world, and told attendees they could donate here in Cannes on stand n°11.22. He was joined by Tatsuya Watanabe of the Creative Industries promotion Office, part of Japan’s Ministry of Economy, Trade & Industry’s manufacturing industries Bureau. On behalf of his country, Watanbe said: “We are very much encouraged to know we are not alone, encouraged to know we are united with the world.”

After, Virginia Mousseler of The WIT gave a thorough survey of all the latest TV shows and formats that belie deeper industry trends.

Many of the shows have heavy notes of altruism or emphasise the importance of survival, thinking of others besides yourself, or helping your families. Several shows also seem to manifest a desire for many to escape to simpler lives: lives on farms, or in small villages.

Here are a few of the shows we sampled:

“Trasformat”, Italy: 3 contestants compete to guess identities of key figures whose photos are altered. (Hillary Clinton camouflaged as a slim Spanish flamenco dancer, for example.) The finalist must recognize six photographically altered celebrities on the sides of a cube, in a set time limit, to win a car or trip.

“Honey, Pack the Bags!”, France: 3 audience members accomplish crazy challenges, like painting pictures with your head, or finding objects in a tub of foam.  Winners pick a numbered bag from a carousel. The higher the number, the harder the question, but the higher the points. First to score 21 goes to grand finale for a chance to win a trip or cash or nothing (contained in the bag).

“The Shuffle”, Japan: Contestants put 4 items categories in order by random category: sort celebrities by price of plastic surgery or old men by percentage of baldness. They get clues but must receive them by accomplishing crazy tasks: fighting a sumo wrestler, or eating a big cake without hands.

“The Call”, Italy: Make prank calls on a game show to win prizes! The people you prank come from your own address book. The theme of the prank is determined by the host, whose job is to make the calls more challenging, embarrassing or funny as they progress.

“The Recruits”, Netherlands: A young famous host and a celebrity guest (different each week) must find people to accept challenges on their behalf. They must complete one challenge themselves. At the end, the winning team earns a player for the final and losing team is launched into a pool of gunk. Described as “hilarious organized chaos.”

“You Deserve It”,: USA: The latest creation of formats maestro Dick de Rijk revolves around survival and helping others. Contestants don’t play for themselves but for someone who deserves happiness in life. To achieve this, s/he must face 10 challenges. The beneficiary does not realise this is being done on his/her behalf until s/he receives a big, life changing check.

“Holding Out for a Hero”, UK: contestants play for cash to make someone else’s dream come true. The one who wins the most money gets to hand it to their personal “hero” – a deserving person with an amazing story who has no idea someone is playing for them. An emotional finale shows the winner offering their person of choice a life changing cheque.

“Still Standing”, Israel/USA: 10 players compete over trivia questions. Each represents a sum ranging from $1 to $50,000. Must defeat opponents one by one and remain the last one standing. Losers fall through a hole in the floor.

“Impossible”, UK: One couple goes head to head in a mindgame with an illusionist who proposes five seemingly impossible scenarios. The couple must determine whether what he says is possible or impossible. This is marketed as the first magic gameshow.

“Dance Cam Slam”, USA: Users compete live in weekly dance contests via webcam a prize of $5K. People can vote for winners online and comment on the dancers via Twitter. All eligible contestants appear in windows on a giant screen in LA.

“Family Explorer”, France: For 20 days, 5 families camp out in the wilderness and fight for a cash prize. Must prove family spirit through dramatic physical tests. The audience finally votes for a favourite family once two families are left.

“The Village”, UK: 12 families fight for a life-changing prize: their own home in a beautiful village. The challenge: to charm the locals and convince residents they will be valuable to village life. Villagers vote.

“A Farmer’s Life for Me”, UK: couples compete for the chance to run a farm of their own for a year. The challenge: to undergo demanding farm challenges, from breeding livestock to marketing produce. Each week, one couple is eliminated until the best is crowned and wins the farm.