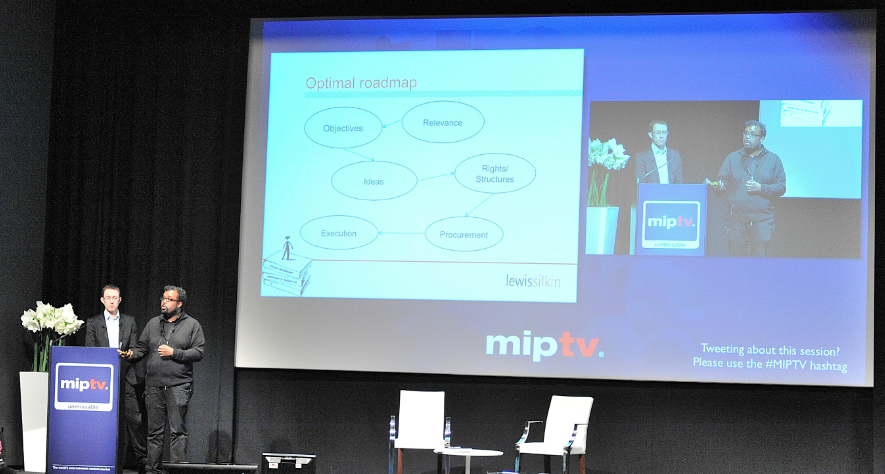 Today we had the pleasure of Lewis Silkin LLP partner Cliff Fluet (right) and Bacardi Global Brands global marketing services director Adam Hillyer give an illuminating view of what you should watch out for when sealing a branded content deal, and how to go about it without unhappy surprises.

The optimal roadmap for your branded content negotiation and development process is in many ways the inverse of the typical one (where a thing like “Relevance” often appears, all of a sudden, at the end).

Here’s the order of action that Lewis Silkin and Bacardi found works best:

A few crucial ideas for the road:

No two deals are the same, so while you should be rigorous about every step in your negotiation process (don’t leave anything to chance or “understanding”), leave room to let the deal evolve if indeed it needs to.

Toward the end of the session, a production company owner based in Bulgaria recounted his war tale of a pending branded content deal with a broadcaster who, toward the end, surprised him by saying he’d have to pay the price of a :30 spot, thirty times, because that is basically what he was asking to buy.

Fluet acknowledged the question with a wry smile and a bit of resignation. He said the producer had brought up an interesting point: the mutable nature of branded content means broadcasters don’t really know what to do with it, how to define it or even how to charge for it.

Your best defense is to make sure to meet the broadcaster and set clear expectations well before the deal begins.