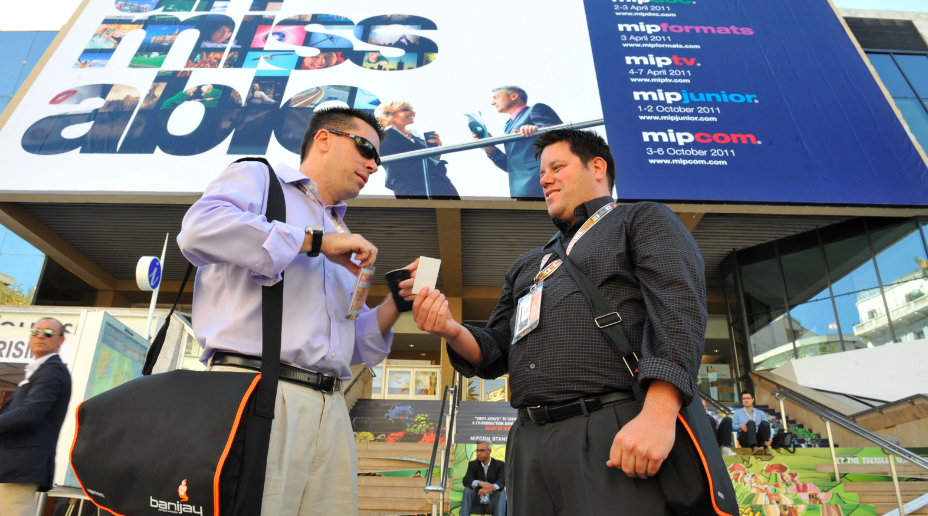 This teaser extract of MIPCOM business digest the Quick Review runs through some of last week's biggest deals.
By James Martin on October 11, 2010 0 Comments

MIPCOM 2010 lived up to its strapline – Deals Get Done.

The Walt Disney Company led the charge, securing major multi-hour deals with RAI Italy and Orbit Showtime in the Middle East. It also secured a raft of sales for primetime drama No Ordinary Family with the likes of Channel Seven (Australia), Zee TV (India) and Cuatro (Spain).

BBC Worldwide was also busy, with spy drama Spooks licensed to Fox Television in the CIS and Baltic States. All told, BBCW had sold 800 hours of factual and drama to Central and Eastern Europe by the middle of MIPCOM.

Discovery’s decision to place more emphasis on programme sales is paying off, with 200 hours of sales to major markets in Europe including France and Italy. Endemol Worldwide Distribution also reported strong activity around its new launch Hot In Cleveland – with BSkyB and Tele Munchen Group among early buyers.

A key trend is continued activity in emerging markets, with indie distributor OTF selling 500 hours to Africa and Beyond Distribution clinching 260 hours worth of orders in Latin America. Cineflix International reported business “from China to Chile” for its Nazi Hunters series while iConcerts secured a branded-block deal with China DTV, a division of Chinese public broadcaster CCTV.

In emerging trends, MIPCOM 2010 saw a growing volume of 3D content from companies such as Can Communicate, Electric Sky and Celestial Pictures, the Hong Kong-based martial arts specialist which demo’d 3D on its stand.

The big news in branded entertainment was FremantleMedia’s acquisition of a majority stake in branded content firm @radicalmedia and there was also a lot of activity in the cross-platform space. Fox International Channels picked up transmedia psychological thriller The Booth At The End from Fireworks International.

Coproductions & Formats
Just as important as the completed programme sales achieved at MIPCOM are the growing number of co-production and format deals which are sealed in Cannes.

Headline news at MIPCOM 2010 included NHK’s partnership with France Televisions, which will see these two prestigious companies collaborate on a range of projects. Also significant is the partnership between Brazil’s Globo and Mexico’s TV Azteca, which has led to the launch of telenovela Between Love and Desire.

The market also saw a new wave of landmark drama co-productions from the likes of Starz Media (Spartacus: Gods Of The Arena), Tandem (Pillars Of The Earth), ITV Studios (Titanic) and MBC, which launched its new project about Muslim Caliph Farooq the Great in Cannes.

Format headlines included Fuji’s announcement that it is forming a new format division and Shine International’s global distribution deal for US primetime gameshow Million Dollar Mind game. Also active was ITV, which took Come Dine With Me into three new territories, and SevenOne International which secured new deals for My Man Can in Italy, France, Iberia and Latin America.

Increasingly there is a transmedia feel to formats, an example being Armoza cross-platform project Connected which has been licensed to five new markets this week.

There are clear signs that China is opening up more to partnerships with Western companies. Disney Media Distribution, for example, reported that Chinese partner Shanghai Media Group will produce a new season of The Amazing Race: China Rush for broadcast in 2011.

Nickelodeon was also busy, joining with studio Chorion and publisher Frederick Warne behind a new animated pre-school series based on The Tales Of Peter Rabbit.

Kids animation is a genre where there is a great understanding between East and West, an example being The Jim Henson Company’s partnership with Sparky Animation of Singapore on a new series of Dinosaur Train.

In live action, independent producers Moi j’aime la télévision (MJTV) and Helion Pictures secured three new partners for their $6 million trilogy of films based on TV series Genie in the House. Cyber Group Studios in France is on board as co-producer and will also handle international sales with Estelle Lafoy of Happy Audience.

This and more in the MIPCOM Quick Review, online here!