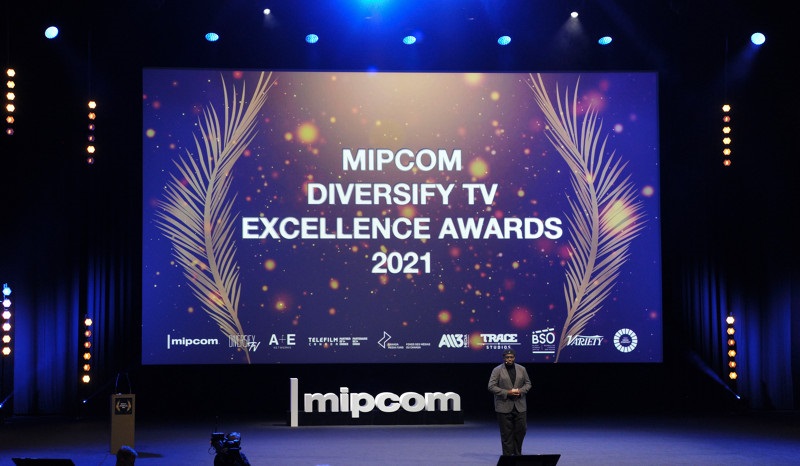 A highlight of MIPCOM Week, the Awards event is dedicated to championing and promoting diversity and inclusion in all its forms across the international television industry.

Before the winners were announced, host Salif Cisse told the audience: “I hope that in the future we will no longer have to give separate awards for diversity to shed light on all these good shows that we have selected.” He added: “I hope that in future we can see this diversity as standard procedure, and not exceptional recognition.” 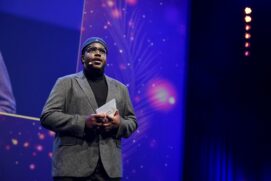 And the winners are:

The Disability Scripted category was won by Special Honors: Welcome To Adulthood (distributed by Newen Connect), a TV movie following Laura, a young woman with Down’s Syndrome, after she graduates from high school.

The Disability Non-Scripted Category was won by Summer In Lockdown (BSLBT), a documentary where six members of the deaf community in Britain explain how the COVID-19 pandemic affected their lives.

The LGBTQIA+ Scripted award went to It’s A Sin (All3Media International), the drama about three young gay men and their friend Jill in London, and their experiences as AIDS tore through the gay community.

The LGBTQIA+ Non-Scripted category was won by Shine True (OutTV/Fuse Media), a documentary series celebrating the trans and gender-non-conforming community.

Dreaming While Black (BBC) won the Race & Ethnicity Scripted award. It’s a comedy series about a young filmmaker, Kwabena, trying to make his way in London.

16 Hudson (Big Bad Boo Studios) prevailed in the Diversity in Kids Programming, Pre-school category. It focuses on the friendship of a group of children who live in a close-knit neighbourhood in New York.

Meanwhile, the Diversity in Kids Programming – Older Children award went to FYI’s Kidversation (Sky News & Sky Kids), a spin-off show showcasing the views of children from around the world, and a variety of backgrounds.

The event ended with one final prize: the The Variety Creative Change Award, which honoured actor, writer, producer and musician Riz Ahmed.

“We’re making greater strides than ever before in terms of diversity and representation in our culture and storytelling, but at the same time it feels like society is more divided than it’s ever been, whether you look at the United States, the UK or of course what’s happening in France,” Ahmed said in his acceptance speech.

“It seems to me that we’re up against some very powerful technologies right now that are trying to divide us. Some of them on social media and elsewhere,” he continued.

“There’s algorithms that are fuelled off of our outrage and division. But I think the most powerful technology you could ever have created as humans is storytelling. Storytelling is teleportation! It is transportation through time and space into the lives of people who you thought you might not be able to relate to.”

“The fundamental truth behind all stories is that there is no ‘us’ and ‘them’. There’s just us. And in these very, very divided and divisive times, I think that stories are the most powerful tool we have in bringing us all together and reminding us that the differences that seem to separate us are illusory, and that underneath that is a core of humanity that we all share.” 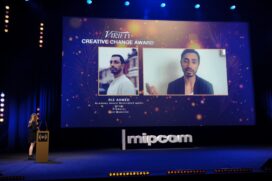