Leading industry names from around the world took to the stage on the first day of MIPCOM, setting the agenda for the industry of the future.
By Julian Newby on October 11, 2021 0 Comments

Highlights from the first day of MIPCOM 2021 as key speakers take the stage.

Streaming and linear television are not so different when it comes to successful shows, according to Channel 4 CEO Alex Mahon.

“The things that work well in streaming work well on linear television. The big hits are the big hits across both. And now the streamers are looking for bigger and bigger shows,” she said during MIPCOM’s Women in Leadership Keynote Super Session. “They want really big shows that work in every country.”

“The search for talent is very huge today… and to have all those talents, we have to be bigger. We have to be able to make big developments,” she said.

The panel also discussed diversity and inclusion. Women now hold 53% of the managerial positions at Newen Studios, but Godfroid stressed that this is by no means “job done”.

“What I really want is that Newen looks like the French society. We are far away from that,” she said.

“Things only change if the people at the top change. Ultimately, if we fail to change, we will not be appealing to the audience,” she said.

Bouchra Rejani, CEO of WeMake, looked forward to a time where women CEOs are sitting on panels simply titled “Leadership” rather than “Women in Leadership”.

“Leadership is not necessarily gendered. By doing that we again put female leaders in a box. We have to think out of the box, how to promote the next generation of women and women of colour as well, leading this industry to change things,” she said.

Godfroid warned that change must be made with male allies. “It won’t be good if in 20 years’ time, there will only be women in leadership positions,” she said.

Mahon replied, with a mischievous glint in her eye: “It might be good!”

“We can sell by Zoom, but we need face-to-face.”

The FRAPA Format Summit happened on the first morning of MIPCOM 2021, with a packed audience and executives from companies including TF1, Banijay, BBC Studios and ITV Studios. Hosted in the Riviera Hall, Palais des Festivals, there were also boutique firms including Small World IFT, and MIPCOM first-timers, including digital first firm The Soul Publishing. 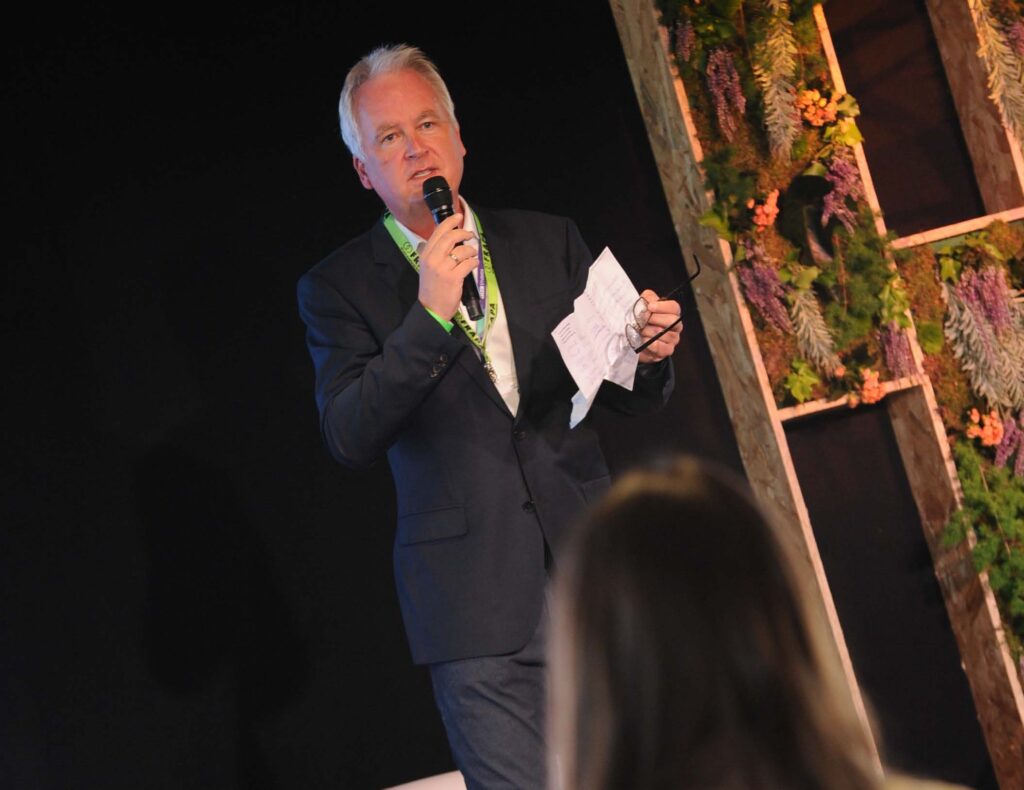 The event was hosted by FRAPA co-chair Jan Salling, who spoke of the benefits of face-to-face events. “We may be able to sell by Zoom but we need markets for everything else,” Salling said. “They are the social glue where we build new networks, relationships and co-productions.”

Summarising trends, Salling said content buyers “are no longer buying for specific scheduling needs — they are buying to fulfil subscriber retention. They are looking for anything that is clickable or sellable — which creates new opportunities.” He expects 2022 to see a rush of new shows. “The formats industry is often described as risk-averse. But a lot of energy has gone into development over the last two years, so I hope we will see some great innovations.”

Game is changing for kids’ perception of quality content

What counts as high quality in the world of kids’ content? Children may have different views from the television industry on this question. 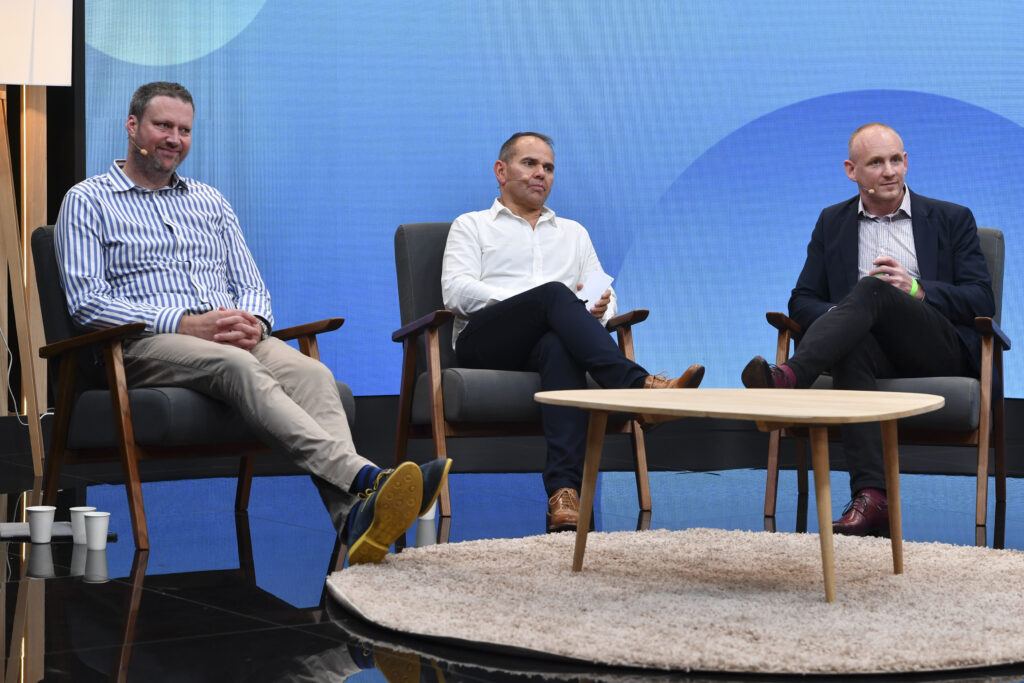 “One kid we spoke to talked about watching walkthroughs of his favourite games on YouTube and how cool it would be if they could be channels on Netflix or Amazon Prime. For them, watching a walkthrough on Netflix would sit alongside something [premium]like Stranger Things.”

Adam Woodgate, senior vice-president of media insights at Dubit, presented data highlighting a disparity in popularity between the top games and social apps that kids are using, and the biggest kids TV channels.

According to his company, 54% of six- to 11-year-olds in the US played Minecraft in the last week, while 50% played Roblox, 46% played Fortnite, and 45% used Instagram. By contrast, 20% watched Cartoon Network and 19% Nickelodeon.

“What links Roblox, Instagram, Fortnite and Minecraft together? It’s that your friends are on there. Tech is supporting audiences coming together and when we look at the top performing platforms, that’s where kids are,” Woodgate said, adding that TV companies can do more to explore the potential of gaming.

Kids’ perceptions of quality are not just about interactivity, though. Nick Richardson, CEO of The Insights Family, said they are seeking a “sense of purpose” in TV shows and online videos alike.

“Children now have far, far higher standards for the characters and the content they watch. They want it to stand for something, they want to see elements of themselves, and they want there to be positivity to it,” he said.

Streamers are driving a trend towards glocalisation

Day one of MIPCOM 2021 saw research firm Glance provide delegates with a broad range of insights about global content trends, as the industry recovers from COVID-19 — in the session The Global TV Trends: Who Is Watching What, How And Why?

Glance vice-president Frédéric Vaulpré said that content creation is back on track, with 6,650 new series coming to market in 2020/21. In terms of viewing shifts, he identified two parallel trends. On the one hand, he said, “there is a strong appetite for local content, which suggests content creators should be targeting individual markets and then trying to sell formats for adaptation”.

On the other, “the streamers, led by Netflix, are driving a trend towards glocalisation, with a growing number of series that have local roots but which are intended to reach a global audience.”

Glance head of content insight Avril Blondelot identified various key content trends. Alongside the inevitable rise in true crime, she said politics, royalty, history and race had been popular subjects across scripted and non-scripted. “Investment in sport documentaries has also risen rapidly, perhaps because of the Olympics or the lack of live sports available due to COVID-19 restrictions,” she added.

Blondelot identified comedy as the fastest growing genre, with Japan, Korea and Denmark key investors in the sector. Vaulpré concluded by saying 2021 viewing was close to 2019 levels and that live continues to be a key asset for linear channels. He identified public broadcaster resilience and a growing role of pay-TV platforms as SVOD aggregators. He questioned whether the near future might see SVOD churn — as audiences are presented with a greater choice of services. 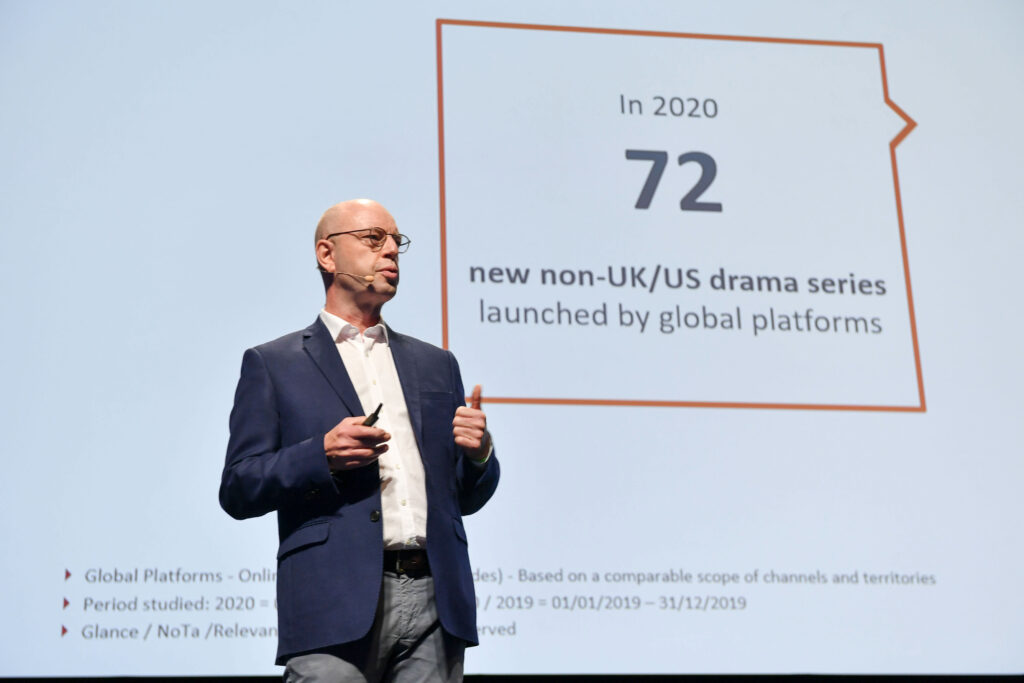 Glance was also participating in MIPJunior – at a session that outlined how channels hosted by entire families have been popular on YouTube and other streaming services – but the trend is now crossing over to broadcast TV.

Zavtrak na ura from Russia and The Moshaya Family Animation from the Middle East were two examples cited by Avril Blondelot, head of content insight at Glance, during MIPJunior’s Binge Watching Session: Kids Audience Successes Across The Globe.

“It’s quite specific to the digital era to see an entire family presenting a show, but here it is presented in traditional style as a magazine show,” she said of Zavtrak na ura, a lifestyle show hosted by a family who first broke through online.

Blondelot also highlighted De Dikke Data Show, produced by Nouveau Film in the Netherlands, as a way to teach children about data and privacy issues.

“Screen time is an interesting topic because it takes a big part of what our kids are doing. And screen time is not free, it’s actually paid for by data,” she said.

The show includes interviews with data experts and journalists, but also TikTok stars and Fortnite gamers.

“This resonates well with the difficult six to 12 demo,” Blondelot said. She also stressed that in an entertainment era of games, technology and superheroes, it remains important to also have shows portraying children as they are in real life.

“Let’s not forget that kids are just kids,” she said. “Let’s not push too hard.” 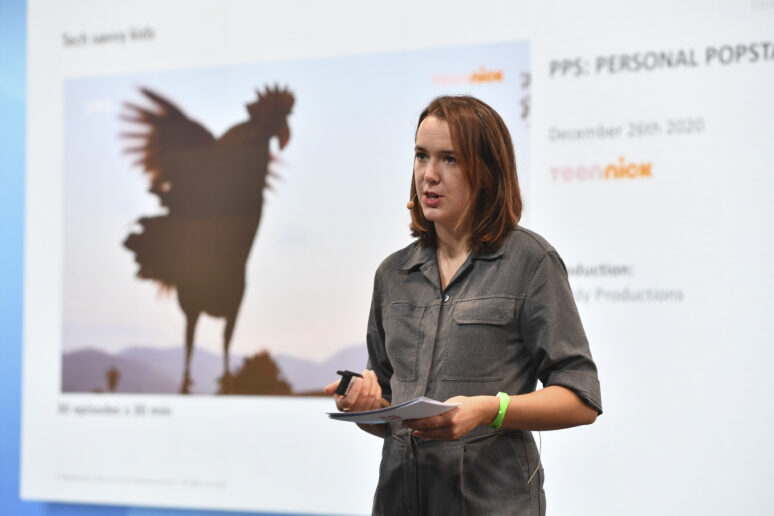 Fresh TV has new twists on dating and singing

Hosted by Virginia Mouseler, CEO of The Wit, the session showcased 25 of her picks from the formats being sold at this year’s market.

The dating shows certainly have more bite in 2021. The Love Trap and Date Or Drop, both distributed by All3Media International, involve dating contestants being jettisoned from the show via trap doors.

Finally, micro-sized buildings are set to enjoy their moment in the televisual sun. Tiny House Battle (3BMG International) challenges amateur builders to build tiny houses for potential buyers, while My Tiny Restaurant (RTBF) sees 10 contestants creating miniature versions of the restaurants they’d like to run, with a €15k prize for the best.