On day-one of MIPCOM 2021 companies from around the world had news of deals done in the run-up to the market…
By Julian Newby on October 11, 2021 0 Comments

Teen live-action series Theodosia, based on the acclaimed books by Robin L. LaFevers, has won key sales ahead of its premiere screening at MIPCOM 2021 on Tuesday 12 October.

Creator and showrunner Joe Williams will host an invite-only VIP screening at MIPCOM. Theodosia is being co-distributed internationally by Federation Kids & Family and ZDF Enterprises. 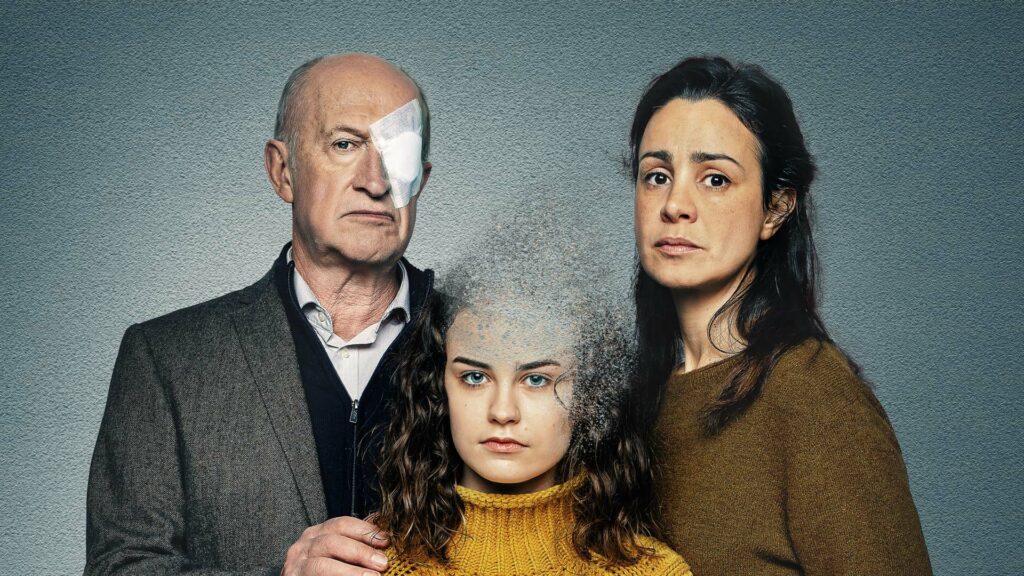 About Premium Content’s drama Unseen has been picked up by buyers including ZDFneo in Germany and MHz Choice in the US and Canada.

Produced by Kwassa Films for RTBF and The Proximus Group in Belgium, the series explores the mystery of a small village where some of the inhabitants are becoming invisible.

Serieclub and Salto (France), Showjet (Russia), Media4Fun (Poland) and Streamz (Belgium) are other channels and platforms that have acquired rights to the French-language series.

APC has also sold the second series of Finnish spy thriller Shadow Lines to buyers including Sundance Now for the US and Canada; Viasat World for Epic Drama (central and eastern Europe and the CIS); AMC Networks (Spain and Portugal); Filmin (Spain); SBS (Australia); Okko (Russia) and Proximus (Belgium). The show was produced by Zodiak Finland for Elisa Viihde. 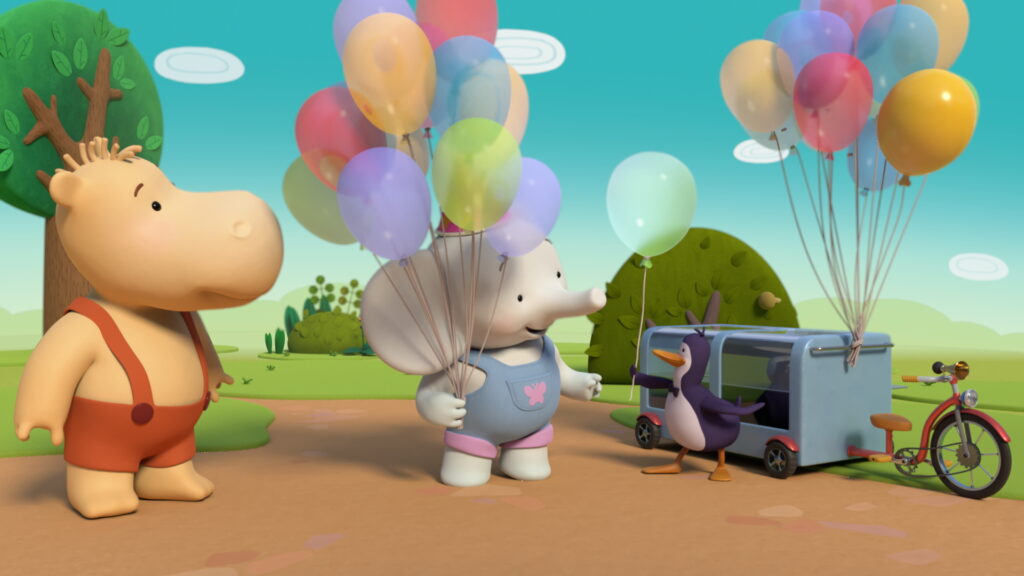 The successful first season of the animated TV show, which premiered November 2018 in China on Youku, led to a second season being produced jointly by Riki and Youku and delivered to Chinese audiences in July 2021. The number of total views of the hit series to date has exceeded 2.5 billion.

Youku Kids producer Lu Ye said: “We are very pleased to have achieved a long-term cooperative relationship with the Riki Group and hope that through the joint efforts of both parties, Tina & Tony can become a global brand.”

Rooster Teeth gets into kids’ animation 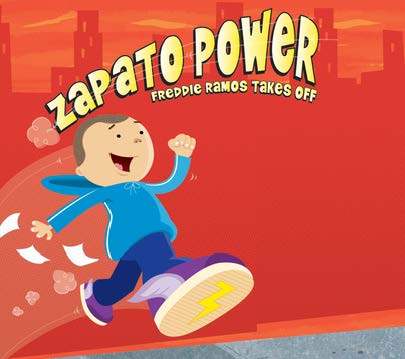 The series will be based on literary properties from the library of independent children’s book publisher Albert Whitman & Co., with the slate development partnership kicking off with two projects. Zapato Power, from creator Jacqueline Jules, follows the adventures of young superhero Freddie Ramos; while The Wish Library, from creator Christine Evans, explores magic and light fantasy through third-grader Raven and friends.

Said Ryan P. Hall, Head of Rooster Teeth Studios: “Our mission has always been to spark long-lasting love with content franchises, and we are proud to say Rooster Teeth’s dedicated community of fans can now share their fandom across generations.” 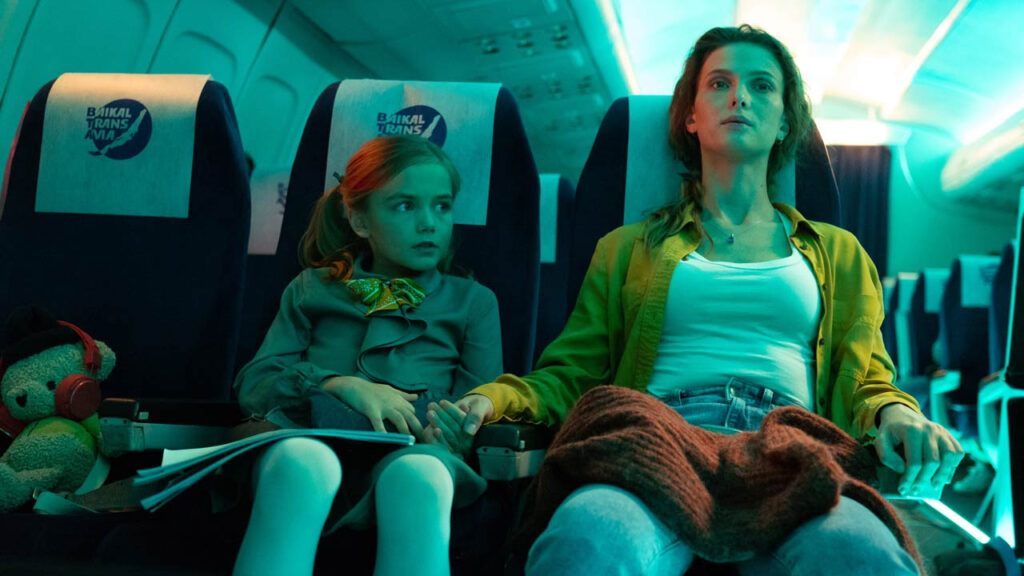 Row 19 invites viewers to buckle up for a bumpy ride

The title, by Alexander Babaev, has been picked up by Well Go USA for the US and Canada. It has also been acquired for Latin America by BF Distribution, for Middle East countries by Phars Filmco Motion Pictures, for South Korea by Cinema Black, and Italy by Minerva Pictures.

The story follows a young female doctor and her 6-year-old daughter who are on an overnight flight in a violent storm. When passengers on the half-empty plane inexplicably begin to die, the woman’s grip on reality weakens and she is forced to relive her worst childhood nightmare. The film will premiere in Russia on 11 November. 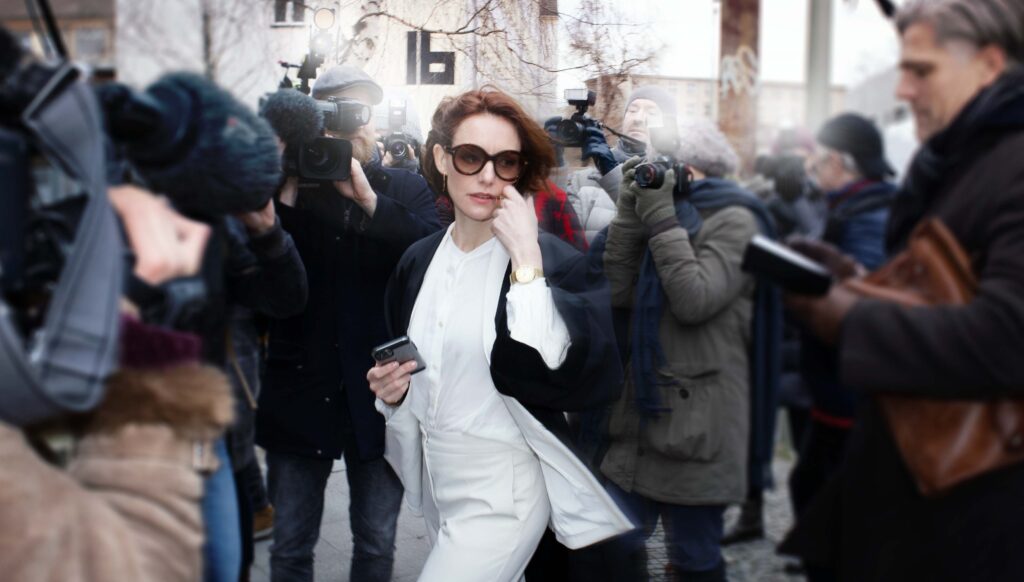 Berlin Legal (Studio Hamburg Enterprises) German distributor Studio Hamburg Enterprises has taken the international distribution rights for UFA Fiction’s drama series Berlin Legal (8 x 45 mins), which was commissioned by ARD Degeto. The topical political drama is produced by UFA Fiction, the company behind Deutschland 83, 86 and 89. Inspired by real events, the series follows successful media lawyer Leo Roth as she and her firm navigate political battles while mixing with the rich and famous.

The series deals with issues including hate speech, violation of personal rights and fake news, and as the drama progresses Roth becomes entangled in a treacherous mesh of political and private intrigues, while trying to protect the privacy of her clients. 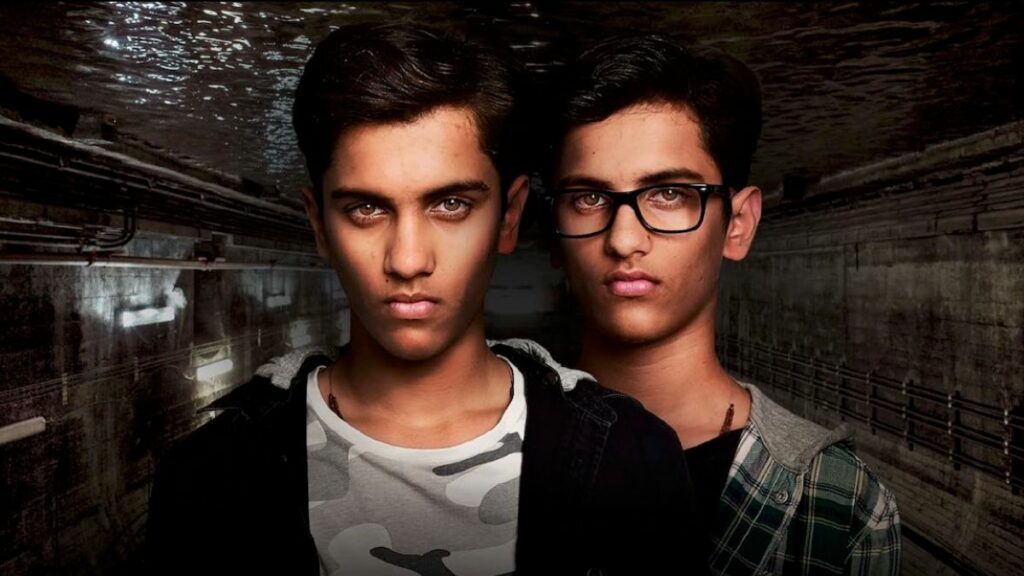 SEE’s raft of sales include The Unlisted

A raft of recent sales by Canada’s Sinking Ship Entertainment (SSE) shows that the “international appetite for premium kids’ content continues to grow”, according to Kate Sanagan, co-head of sales and distribution at SSE.

BBC Children’s Productions’ recent reboot of The Demon Headmaster has sold to Discovery Latin America and NRK in Norway, while tween mystery series The Unlisted has gone to Ypsilon in Spain and E-Vision across the Middle East and North Africa.

The newest seasons of Odd Squad have been snapped up by the BBC, SRC, and ABC Australia, while season II of Endlings has also sold to ABC Australia and Canal + in France. TFO in Canada has licensed Odd Squad Season I and Annedroids Seasons I and II. 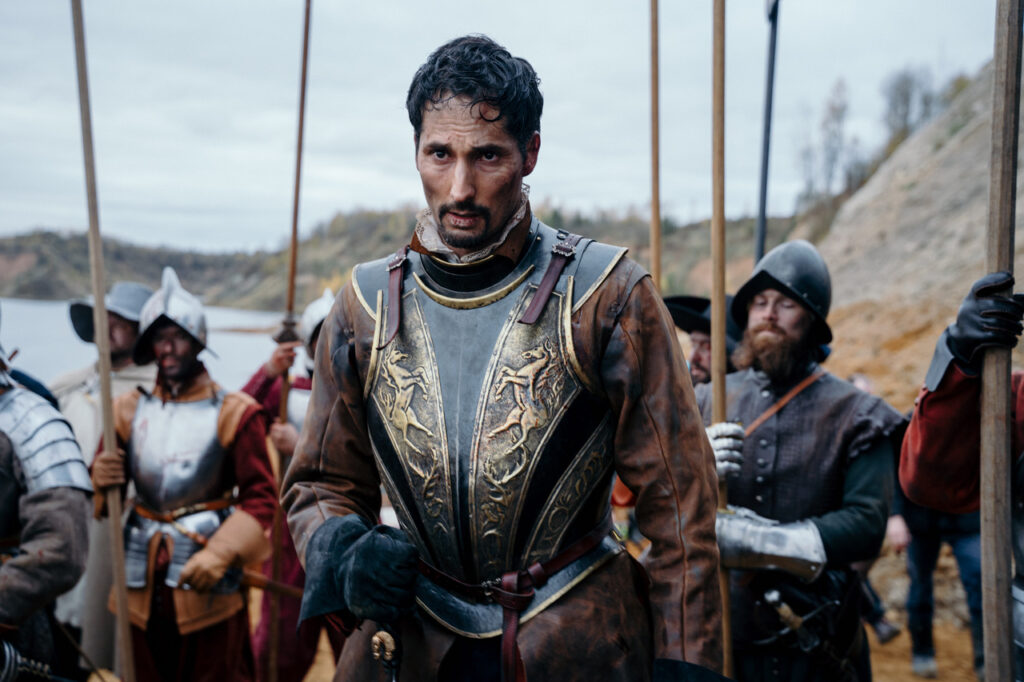 Eagerly awaited by the international fan base of its book franchise, penned by Vera Kamsha, Aeterna (8 x 50”) has been dubbed the largest fantasy production in Russia, combining love, revenge and the fight for power on a mysterious planet named Caertiana. Cyberslav (8 x 25 mins) is an animated sci-fi Slavic cyberpunk series created by the showrunner of the hit international children’s series Kikoriki.

KinoPoisk launched its original productions in 2019 with Anndroid and The Last Minister, both of which have been renewed.

Streaming service Starzplay and Sony Pictures Television are developing XRey, an eight-part premium scripted series depicting the life and reign of King Juan Carlos I, King Emeritus, who abdicated in 2014 after a 40-year reign. The series will be shepherded by Howard Gordon (Homeland, 24) & Alex Gansa (Homeland), who will executive produce the scripted adaptation. They will develop the series with Spanish production company Weekend Studio, in association with SPT International Production.

Created in Spanish, XRey is based on the Spanish podcast produced by Alvaro de Cózar and Toni Garrido for The Story Lab.

XRey marks the newest high-profile title Starz has secured since announcing its plans to expand into local language co-productions for Starzplay. 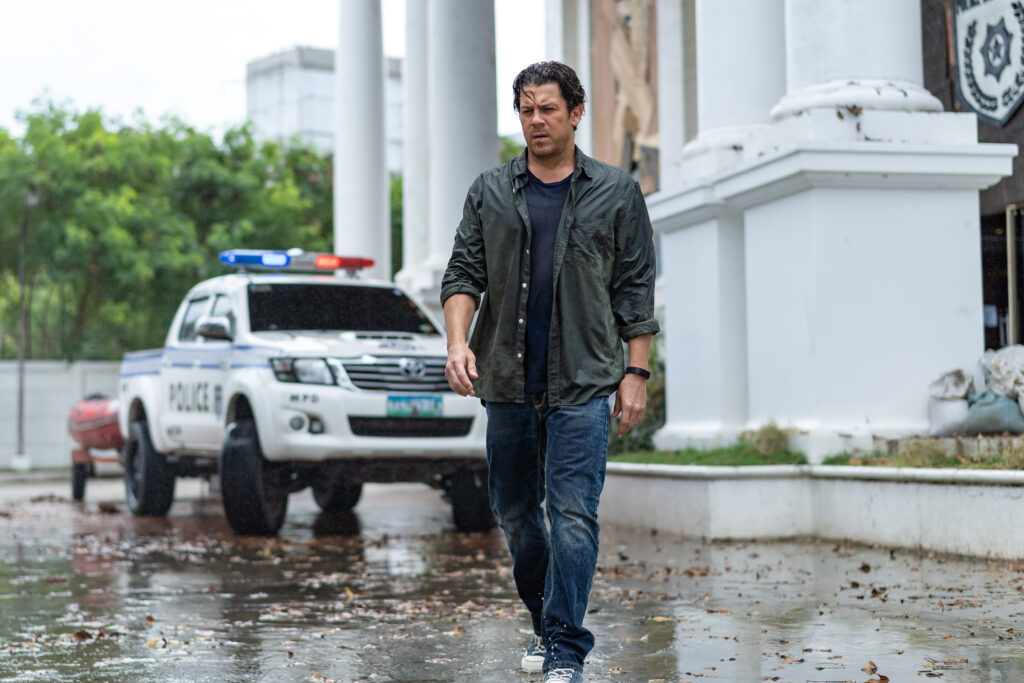 Sony Pictures Television has picked up the show for its AXN network in German-speaking Europe, while Now TV has licensed it for its new Now Studio SVOD service in Hong Kong.

Almost Paradise was the first US show to be filmed entirely in the Philippines, with the drama focusing on a retired US Drug Enforcement Administration agent’s attempt to retire to a tropical island, only to encounter an array of criminals and people from his past life.

This week’s deals follow acquisitions of the show for France, Poland, Africa, Romania, the Balkans, Spain, Ukraine, Latin America and MEA since the show first aired in the US in 2020, followed by the Philippines earlier this year.

The story is inspired by real-life events and starts in the summer of 1989, when the sister of Hamburg police officer Thomas Bethge disappears from her house, near where gruesome double murders have taken place. Julia Weber, head of acquisitions & sales at Global Screen, said: “With its gripping atmosphere, Dark Woods is perfect for clients seeking high-end European content.”

Exhibiting at MIPCOM in Cannes, Global Screen will also have a series of new titles including The New Front, 3Hz, The Palace and The Conference. 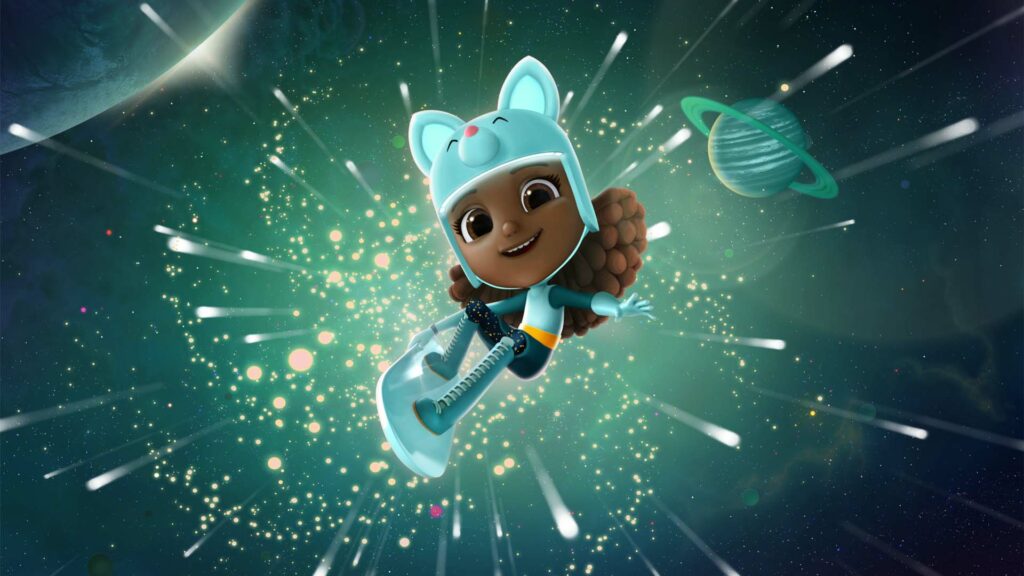 Set in the year 3021, on a space station, the series follows 8-year-old Ella Ryder as she sets out with her friends on adventures of discovery.

Interstellar Ella is due to launch from summer 2022.

Murdertown is a 360-degree investigation of a murder and its impact on a local community, seen through the eyes of those most immediately affected. Other titles available on the service include Killer Britain with Dermot Murnaghan, The First 48: Critical Minutes and Surviving Jeffrey Epstein. 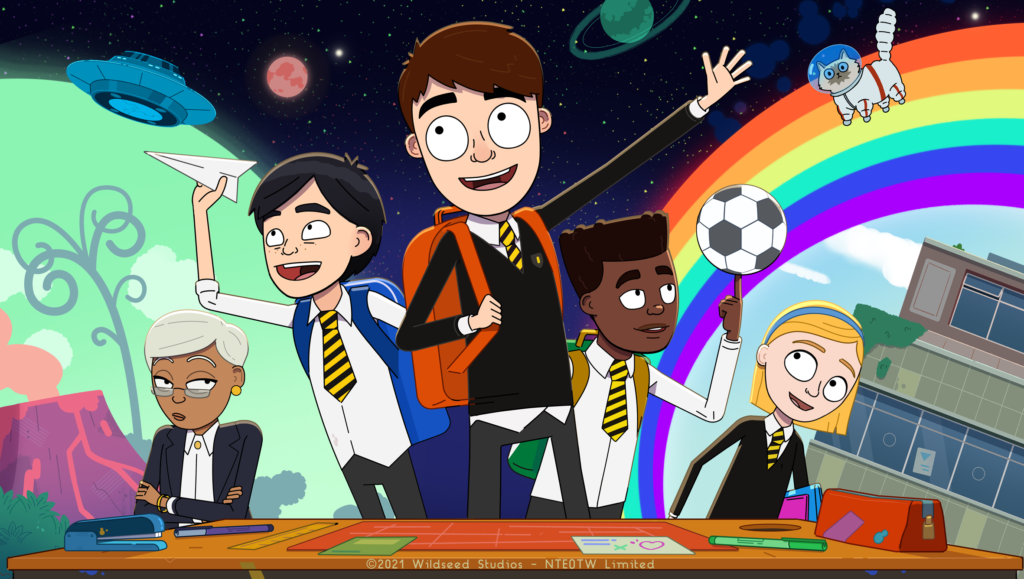 Kids and Family entertainment studio Cake has sealed a deal with WarnerMedia Kids & Family for Wildseed Studios’ animated series Dodo. Based on short film and YouTube hit Not The End Of The World, the 20 x 11 mins comedy series captures the drama and unwieldy memories every child experiences during middle school. The series will air on HBO Max and Cartoon Network in 2022.

“Whether our middle school memories were fraught with tears or laughter we all went through them, and they are perfectly captured in this intensely profound comedy,” said Adina Pitt, VP, partnerships, acquisitions and co-productions for the Americas, WarnerMedia Kids & Family. “Cake has delivered a hilariously palpable story that kids can identify and laugh along with.” 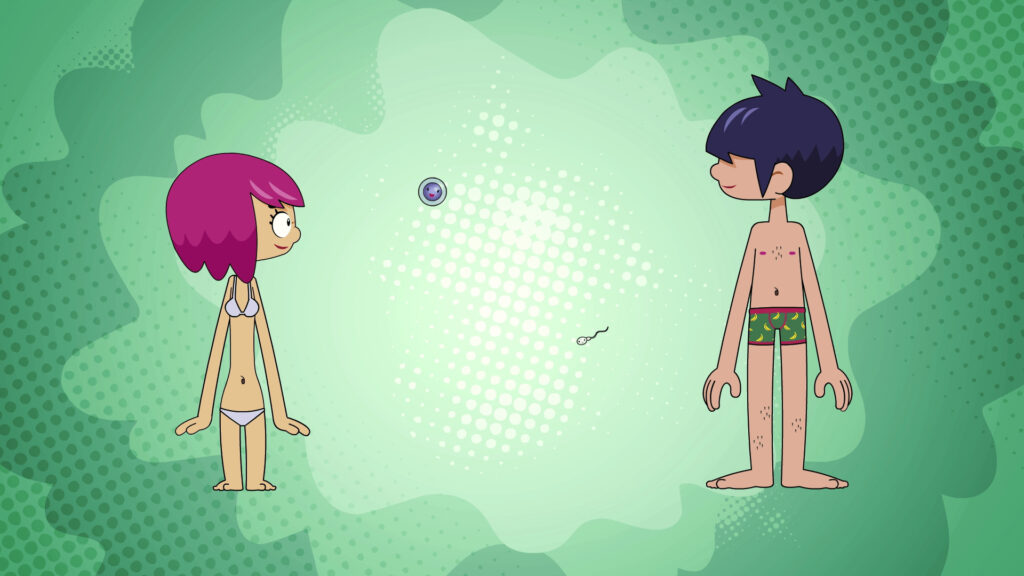 Sex Symbols is a 26 x 7 mins series that uses an accessible and appealing 2D animation style to discuss sexual and emotional issues through the experiences of its four main characters. A co-production between Spanish producer Admirable Films with TV ON, it has the support of the Belgian public television channels, RTBF and VRT. Mondo TV Studios, meanwhile, will manage distribution in all territories except Spain, Andorra, Chile and Belgium.

Check our exclusive interviews & articles in the Previews to stay tune with  the full MIPCOM & MIPJunior experience & discover the MIPCOM 2021 Day 1 – Sessions here!