Companies from around the world announced more deals on day-one of MIPCOM 2021…
By Julian Newby on October 11, 2021 0 Comments
MIPCOM 2021 Live Coverage - BLOG ONE DEALS

ICELANDIC producer Hordur Runarsson came to MIPCOM to promote his scripted series Black Sands, commissioned originally by Channel 2 Iceland. Already presold to VRT Belgium and YLE Finland, the project is being distributed globally by All3Media International (which is a financial partner on the show). Black Sands is an eight-part drama, which centres on Anita, a young detective who is forced to leave Reykjavik and take up a post in her remote childhood village. Once there, she has to contend with her abusive mother and a serial killer who has been operating in the area for years, disguising his murders as accidents. Anita is played by Aldís Amah Hamilton, who was also part of the writing team. 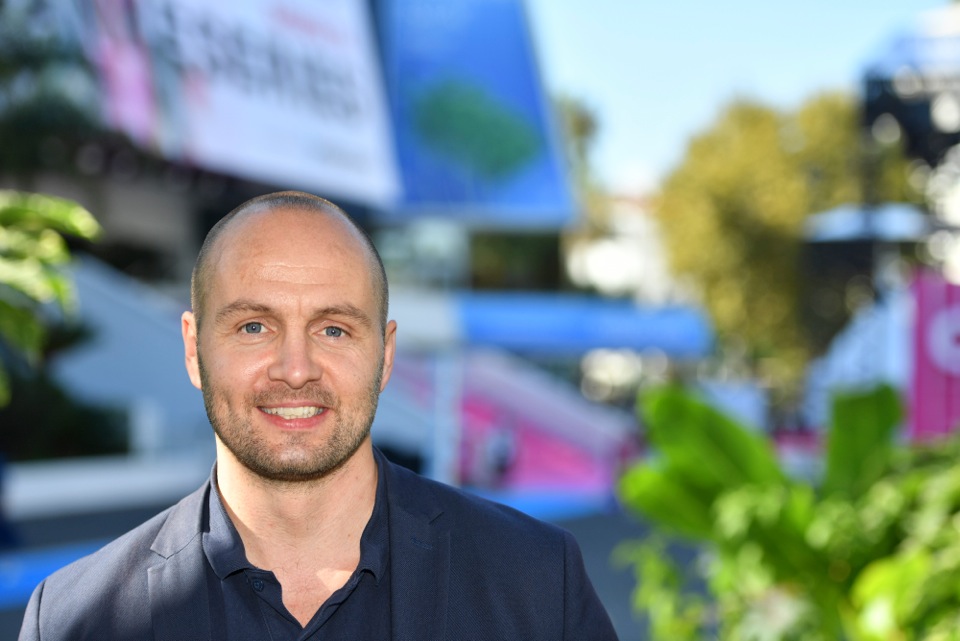 NETHERLANDS entertainment format Traitors has been licensed to NBC Universal US and the BBC UK. Created by IDTV’s Marc Pos, currently in Cannes, new versions will be produced by All3Media-owned production company Studio Lambert. The original was an instant ratings success for RTL4, attracting a 43% share of 25-54 year olds. A second series was ordered after just two episodes and a Belgium version was also produced for VTM out of the same hub. In Traitors, contestants move into a castle and work as a team to earn money by completing missions. But three contestants are secretly traitors, who will attempt to deceive and manipulate their way to the prize by eliminating loyal players. 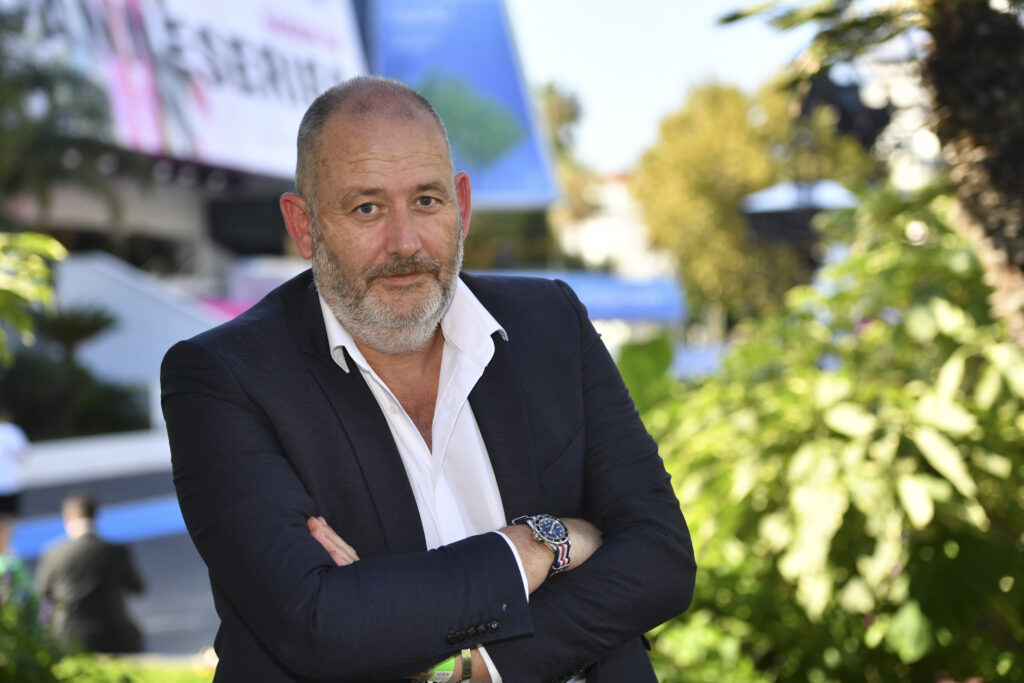 Drive and Polar Media unlock the secrets of science

THE WORLD’s biggest science projects and the engineering behind them are set to come under the microscope in a new series from London’s Drive.

The production-funding and distribution agency has partnered with TV, VR, VFX and animation specialist Polar Media to co-produce a unique look at the amazing universe of high-tech science. Through exclusive access, CG and VFX, Giant Science (4 x 60 mins) will delve into the projects designed to progress human understanding and meet the scientists at the forefront of creating them.

The series opens the doors to the European Space Agency, ITER, the international fusion research and engineering megaproject, the CTAO, the first ground-based gamma-ray observatory, the ELT and SKAO telescopes and CERN’s Large Hadron Collider. 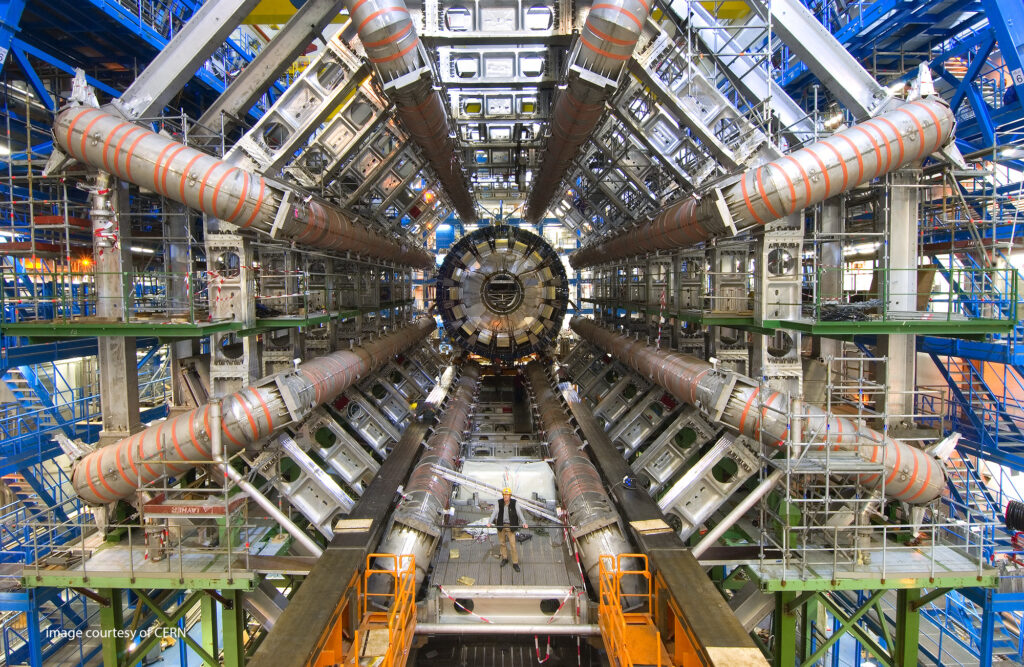 The co-production, in participation with Bedeschi Film, is based on a book of the same name written by Francesca Tassini and Mario Pasqualotto. The sci-fi series revolves around a 14-year-old web detective known as Snow Black who suddenly disappears during an investigation, drawn into the web itself.

“For the last 10 years, children’s live-action programming has continued to demonstrate an immense popularity in our industry,”, head of production department and executive producer, Atlantyca Entertainment, Caterina Vacchi said. “With access to an enormous amount of publishing material, we just had to wait for the right story.” 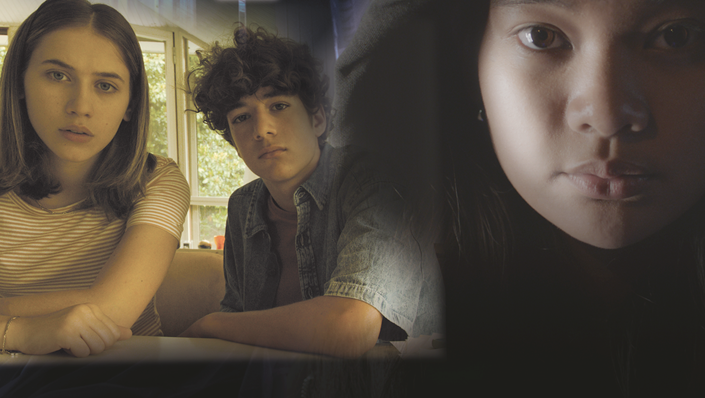 For FD History, Quintus has acquired War Factories S1 (8 x 60 mins), The Great War In Numbers (6 x 60 mins) and World War II In Numbers (8 x 60 mins), from WAG Entertainment. An agreement with 3DD includes 22 hours of premium history content, such as The Monuments Men, Hitler’s Olympics and Shakespeare: The Legacy.

UK distributor Drive contributes a range of programming including Lost Home Movies Of Nazi Germany, Should We Bomb Auschwitz? and Secrets Of Airline Food, ENDEVR and FD History.

For Free Documentary and FD Real, Quintus has signed a 30-hour package of premium content with Hat Trick International that includes Mega Air, Mega Shippers, The Insider: Reggie Yates and The Enforcers.

FD Nature will stream 21 hours of premium natural history content from Albatross World Sales including Antarctica – Tales From The End Of The World; Band Of Bears; China’s Wild West; and Wild Galapagos. 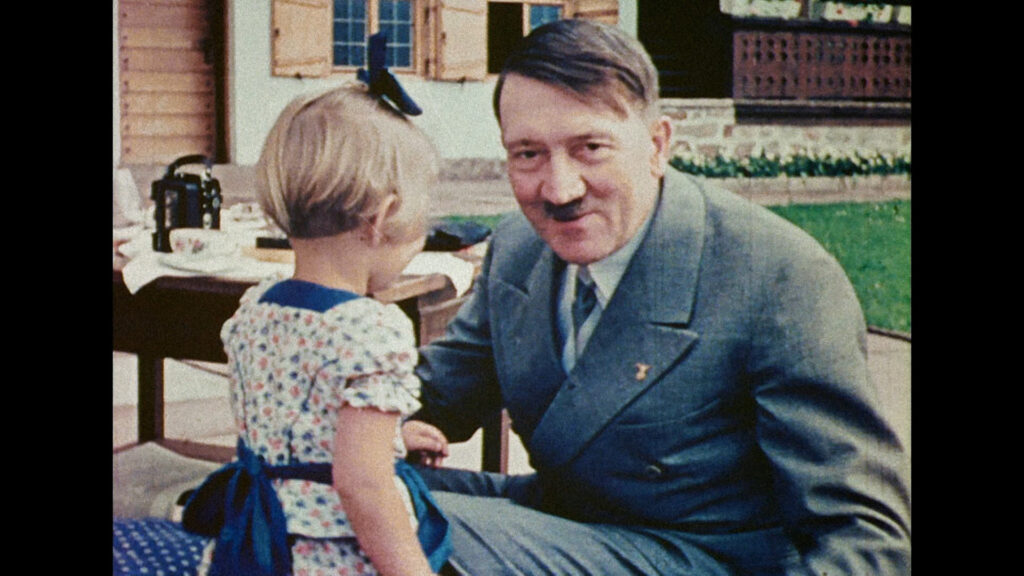 Should We Bomb Auschwitz?

BETA Film has closed a raft of global deals for its glamorous six-hour period drama, Sisi, which held its world premiere last night at MIPCOM in Cannes.

Sisi tells the story of young tomboy Elisabeth, who married Emperor Franz Joseph I at the age of 16, to become Empress of the Hapsburg Empire. The lead is interpreted by Swiss-American actor Dominique Devenport (Night Train To Lisbon), while Emperor Franz is portrayed by Germany’s Jannik Schümann (Center Of My World, Charité).

While RTL Deutschland has already greenlit a second season, Sisi will be broadcast by Mediaset in Italy, Globoplay in Brasil, NPO in the Netherlands, RTL in Hungary, RTVS in Slovak Republic and on Viasat World’s Epic Drama channel throughout Eastern Europe, Greece, Cyprus and Turkey. 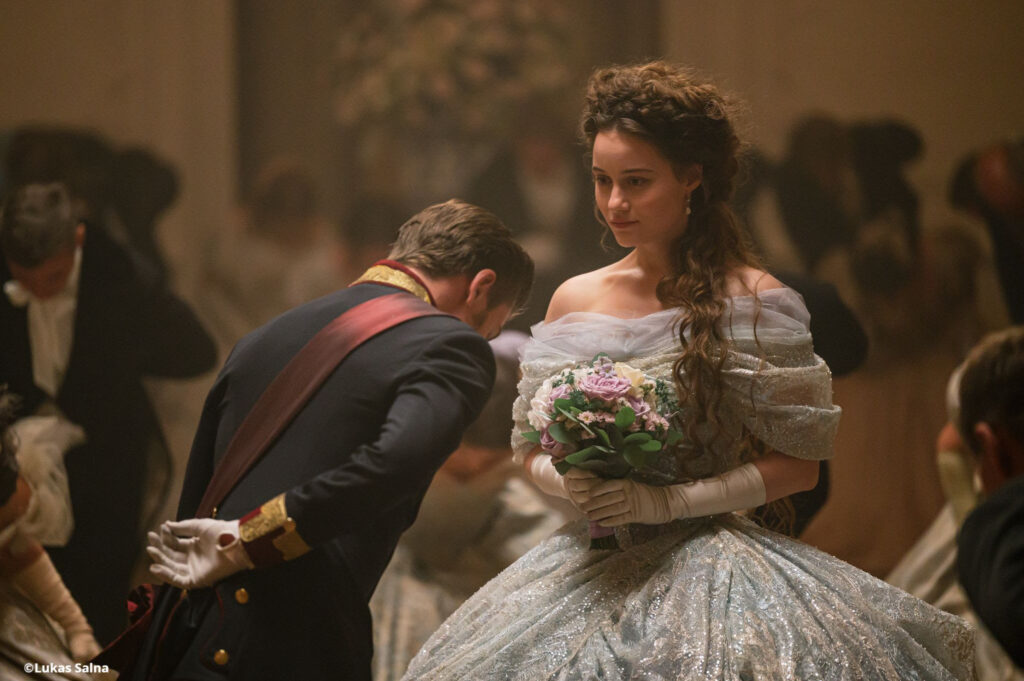 The factual hit show, which throws a lifeline to people who are desperate to find long-lost relatives, setting up emotional reunions, has local versions on channels including TLC in the US, Nelonen in Finland, Sweden’s TV4, Reshet in Israel, Ten in Australia, RTL Klub in Hungary and NPO 1 in the Netherlands.

The series has recently picked up a TV Choice Award in the UK, where a 12th season is in production. Meanwhile, BAFTA-winning spin-off Born Without Trace has been ordered for a fourth season, with both produced by Wall to Wall for ITV. 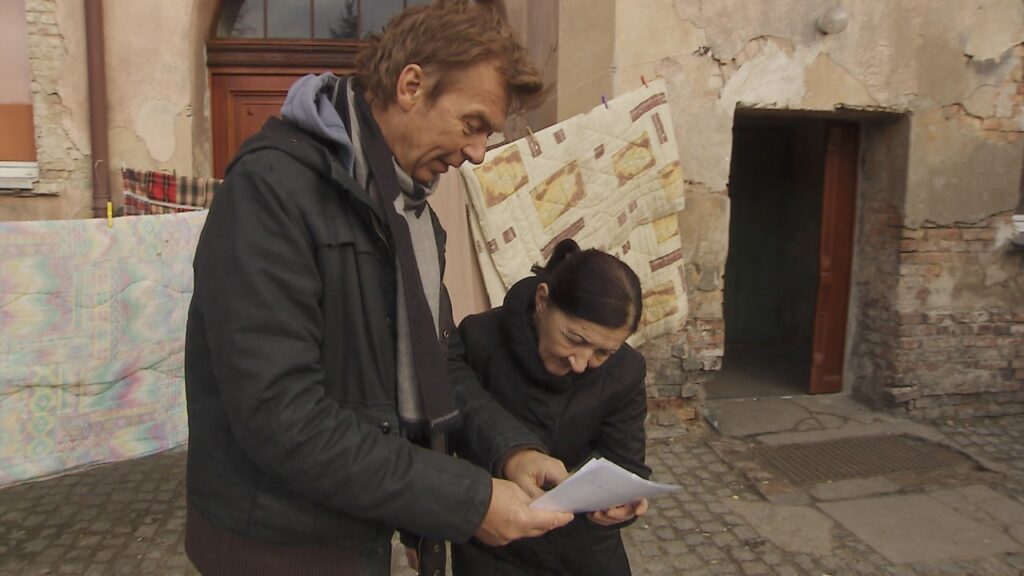 FRANCE tv distribution has sold another raft of hit drama series to broadcasters in Europe, Latin America and Asia.

Sales to Portugal include Alex Hugo, Bright Minds, Perfect Crimes, Mystery In Paris and the Murder In… collections, destined for Fox Crime.

Spanish viewers will be able to see shows including Call My Agent!, Stalk, Parliament and Disturbing Disappearances. Meanwhile, Italy is welcoming new episodes from the Murder In… collection and the second season of Stalk. Criminal Games has been sold to Greece.

A host of crime and drama series will reach Latin America after several successes in North America, such as Laetitia, Derby Girl and Stalk.

The Wagner Method along with Murder In… and Bright Minds are making their way to Japan on AXN Mystery Channel.

FORMAT production and distribution company Media Ranch has unveiled a raft of format deals, all developed by participants in its Horsepower format incubator.

President and founder Sophie Ferron said: “We are very excited to partner with Wheelhouse on the format we developed with Ubisoft, House Party: Just Dance; and to partner with The CW for an amazing eco-focused competition format — Racing To Survive. And we are honoured that our Horsepower 3 winning format, Love Van, was chosen by The Wit as one of their top trending fresh formats to watch, which will be co-developed with TF1.”

Media Ranch said it hoped Horsepower would prove a training ground to foster new creators, with a focus on individuals who have not had access to the television industry. 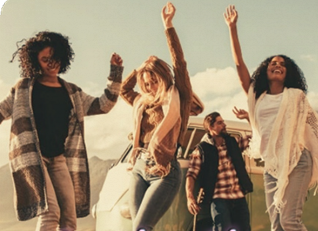 ESPRESSO Media International has agreed a deal for true crime series Monster In The Shadows, which will see the show premiere in the US on NBCUniversal streaming platform Peacock.

The three-part series explores the disappearance of Brittney Wood, caught up in an incestuous child sex ring, which shocked and captivated the entire state of Alabama.

Senior sales and acquisitions executive for Espresso, Jessica Reilly, said: “Monster In The Shadows is a story which has never been told on screen until now. Peacock’s strong crime offering, and dedication to gripping storytelling, makes them the perfect platform to bring this powerful docu-series to a US audience.”

Monster In The Shadows has also been licensed to Foxtel in Australia, and is available in further global territories. 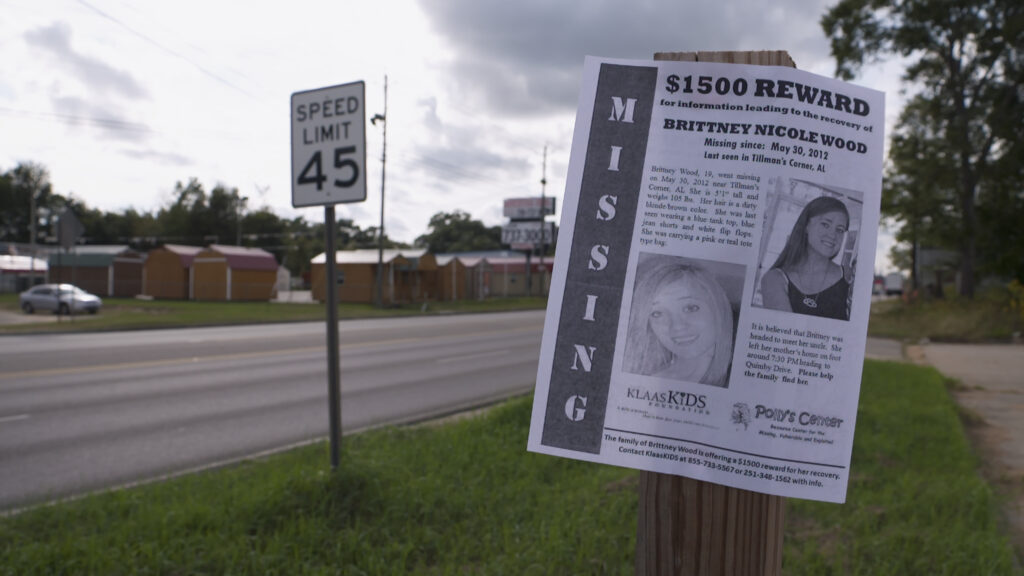 Monster In The Shadows (Espresso Media)

STUDIOCANAL has announced key sales at MIPCOM to broadcasters on three continents.

All The Way Up (Studiocanal)

On day-one of MIPCOM companies from around the world had news of deals done in the run-up to the market… Read more.

Check our exclusive interviews & articles in the Previews to stay tune with the full MIPCOM & MIPJunior experience.