In today’s eagerly-anticipated keynote session, before discussing Facebook Watch, a show platform where anyone can create a show and share it on Facebook, Facebook’s video product director Daniel Danker (at right) shared data that explains the business logic.

“Video is absolutely exploding on Facebook,” he began. “50 percent of all mobile data traffic is going to video; over the next few years it’ll grow to 75%.” Facebook videos are especially community-driven: “Watching video on FB has the power to bring people together, spark conversation and foster a sense of community.” In fact, 40 percent of total video time on Facebook is driven by sharing behaviour.

1 in 5 Facebook videos is now live. “People come together on live videos for all different types of scenarios,” Danker continued, “from casual experiences like vacations to big mainstream experiences like the solar eclipse.”

12 million people lived in the path of that eclipse… 29 million watched it together on Facebook, making it a genuine social experience, Danker declared.

Comments and reactions occurring in real-time are part of what makes live so compelling. Per Danker, people comment 10 times more on a live broadcast versus on a regular video.

With all that in mind, he then announced Facebook Watch, which launched in the U.S. about 6 weeks ago and is planning a progressive rollout.

Facebook Watch is 100 percent dedicated to shows, “a type of video that wasn’t previously possible on the newsfeed,” Danker said. “It’s a place where we expect any creator or publisher to make a show, and build a loyal audience and community.” 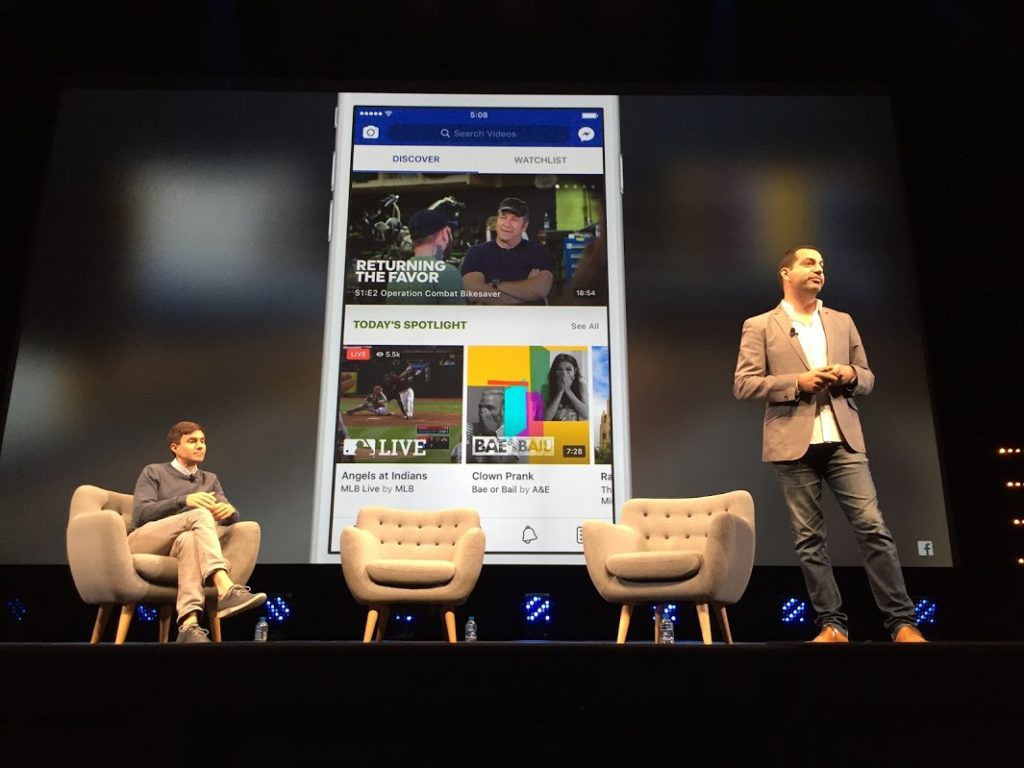 Shows are thus organised into sections built around community, with categories like “most talked about” or “what friends are watching”.

It will also include interactive components gleaned from Facebook’s learnings about live video: Comments will appear live alongside the content, for example, and publishers can create show groups “to continue connecting with their biggest fans even between episodes, a unique part of how shows work on Facebook.”

To keep storytelling coherent, “Everybody’s going to get the latest episodes in order.”

Ricky Van Veen, Facebook’s head of global creative strategy, then took over to talk more about the content itself. He kicked off by explaining some of the components that will make Facebook Watch shows special and unique:

To better understand this criteria, here are examples of existing Watch shows:

Make Up or Break Up is about a couple having relationship trouble, and decides to crowdsource solutions. “This is a live show and it incorporates polling, so the couple gets real-time feedback on what to do next,” Van Veen said.

Between the Scenes. Created alongside Comedy Central, these are the things that take place during the ad breaks of Trevor Noah’s Daily Show, when the cameras keep rolling and he just keeps chatting with the guests.

He also announced a new upcoming show: An English-language adaptation of Norway’s Skam, available for the first time and exclusively on Facebook.

Van Veen called Skam “perfect for Facebook and perfect for Watch.” The teen drama is literally built for social media: “If a party’s happening Tuesday at 2am in the storyline, that 4-minute scene goes online Tuesday at 2am,” he explained. “If there’s a recap conversation at lunch the next day, it goes online Wednesday at noon.”

The characters also all have Instagram and Facebook profiles; they interact with each other as though alive. “That’s obviously very compelling for us,” said Van Veen.

Skam on Facebook will be created in partnership with Simon Fuller and its original creator, Julie Andem. 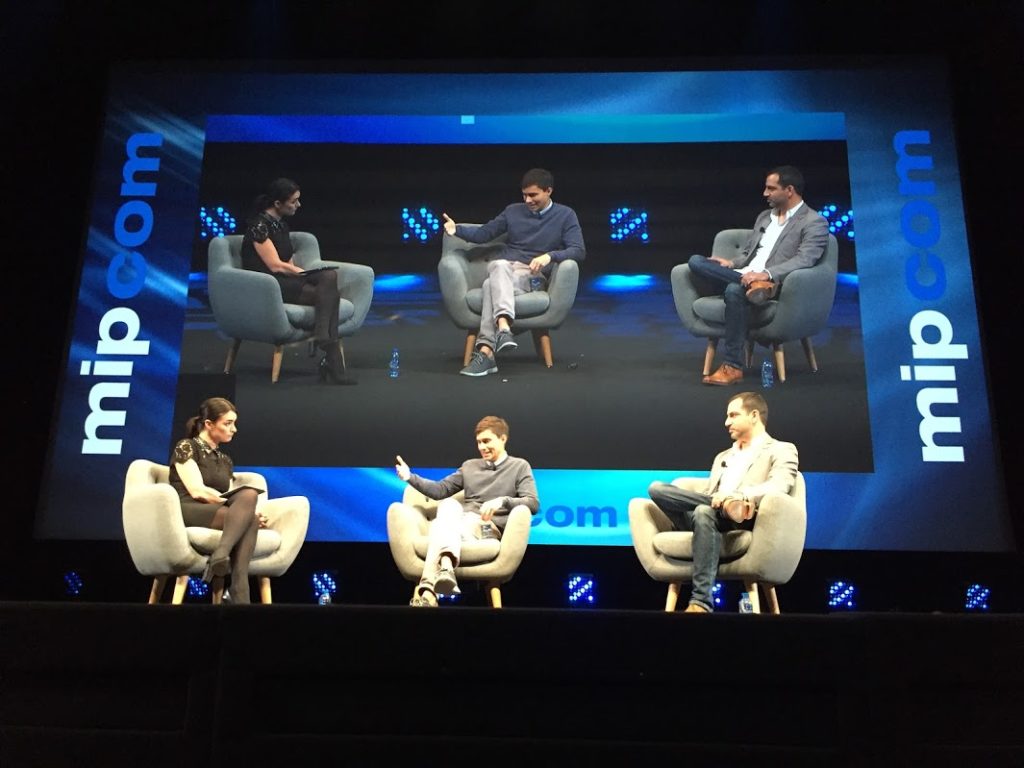 Van Veen and Danker were then joined by Marjorie Paillon, journalist at France 24 and founder of I Love Productions, for a brief Q&A.

Amongst a number of tough questions Paillon subjected them to, one of the first was what their long-term commissioning goal would be.

“What we’re making is a platform,” Danker replied. “Ultimately we want anybody to be able to make a show and connect with their audiences. The way that will work is by funding those shows through ad breaks, which publishers can insert; they choose the moments. They can also make money via branded content.”

Paillon also raised the subject of fake news, and asked how Watch would be addressing news. “It is a platform,” Van Veen reiterated. “We have people from all parts of the political spectrum uploading content and videos. Those series are doing well. We’re not personally commissioning, that’s not my focus, but because it is a platform, it’s great to see those voices. People develop daily habits around Watch, and news speaks well to a daily habit, and that’s why those series are doing so well.”

Looking forward to watching how that goes!