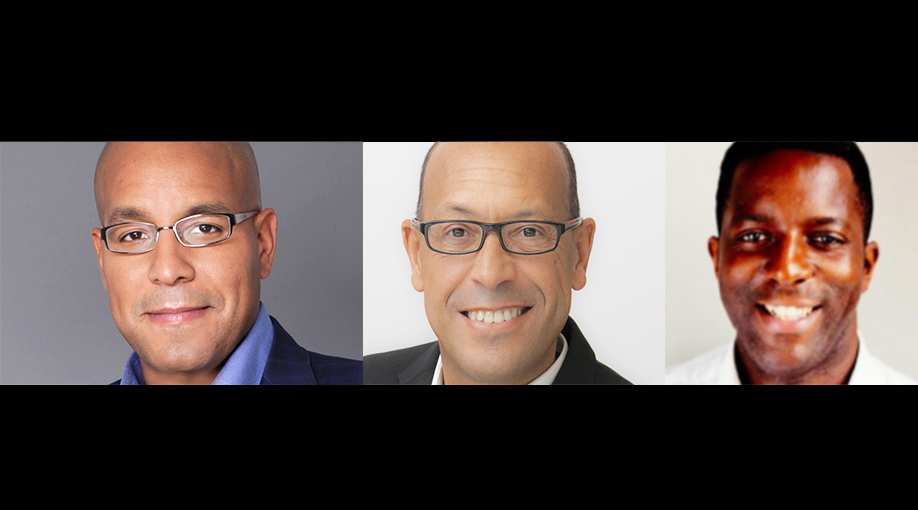 Why Diversity matters for TV

A+E Networks, Sonar and Afrostream, partners of MIPCOM's inaugural Diversity Summit, explain how TV wins by including everyone.
By James Martin on October 5, 2016 0 Comments

October 18 in Cannes, MIPCOM launches the inaugural Diversity Summit, which includes a series of talks and panels to explore issues of diversity in entertainment, both on-screen and in the boardroom. The inaugural event will be held in partnership with A+E Networks as the premium sponsor; additional sponsors include Afrostream and Sonar Entertainment.

The initiative comes from Diversify TV, a MIP-born group that champions and promotes diversity in all its forms across the international television industry. Diversify TV’s board includes board includes David Cornwall, MD of London-based production and distribution company Scorpion TV, Nick Smith, SVP Format Production at all3media international, Bunmi Akintonwa, CEO of distribution and production company Little Black Book, and MIPCOM‘s own Liliane Da Cruz. All will be present at the Summit, plus many more speakers and key industry executives. The Diversity Summit’s objective will be to develop concrete and measurable outcomes regarding inclusion of under-represented groups in television.

For Sean Cohan, President, International and Digital Media of the event’s premium sponsor, A+E Networks, partnering with the event makes sense because “A+E Networks has a legacy in celebrating different; different races, religions, cultures and ethnicities. We look to reflect the fabric that is our world across our company and onscreen, no matter which screen someone may be watching. As a company we are passionate about the issues and topics surrounding diversity and endeavor every day to move this needle forward. We felt it was critical to be a premium sponsor to both ensure the success of the Summit and to strongly demonstrate our commitment to this important initiative.

“We are committed to creating and distributing content that resonates with global audiences, which means telling stories that are authentic and meaningful to people from all backgrounds,” says David Ellender, President, Global Distribution and Co-Productions of Sonar Entertainment, explaining his company’s involvement in the Summit.

As for Afrostream, which CEO Tonjé Bakang describes as “the only SVOD platform in Europe highlighting the multiplicity of voices and stories found in Africa, the Caribbean, the Americas and in Europe,” his company’s “direct experiences with this audience will help foster the exchange of ideas and approaches, and, serve as a bridge to those in the industry actively seeking to tackle issues of diversity and inclusion.”

What sort of ideas could the Diversity Summit provide to encourage more TV and entertainment companies to promote diversity? They could start by taking a lead from A+E, says Cohan; a company where “diversity and inclusion have always been core values. Through all of our platforms, we reflect the diversity of people and cultures throughout the world. Through mentorship programmes, non-profit partnerships and volunteer activities, we connect with people from all walks of life. The stories we tell on air depict the rich diversity around the world.”

TV companies can therefore set examples internally, but also externally, in terms of programming. For Ellender, recent progress on that front has been encouraging. “In recent years it has been exciting to see diverse characters playing leading, nuanced roles that defy stereotypes, and it’s clear that audiences are receptive, from ratings successes like Empire and Scandal, to critically acclaimed programmes like Master of None and Transparent,” says the Sonar executive. Not that we’re ‘there’ yet, he adds: “There is always room for improvement, particularly in making sure that there is equal representation in roles behind the camera.”

Top of the Diversity Summit’s agenda will also be how to export diversity-focused content to Western markets; one of Afrostream’s specialist subjects. “One of the most challenging things is making people aware of the fact that there exists a robust and vibrant cinema industry currently underway in all corners of Africa,” says Bakang. “Every week, we are in touch with filmmakers from countries like Ivory Coast, Ghana, Angola, and Nigeria, eager to find international distribution for their content. While the majority of these productions do not have Hollywood actors, or massive marketing budgets, the common denominator is the fact that large numbers of them are producing premium original content. We’ve also learned that the way to strengthening the link to our content with millennials is by showcasing content creators, YouTubers, and independent producers who often provide more relatable and entertaining programming for this demographic. Above all, our mission as an international streaming platform is to highlight these diverse and underrepresented voices and stories coming from the African diaspora and offer them a global platform for audiences around the world.”

Find out more about the MIPCOM 2016 Diversity Summit, including the full speaker line-up, here!