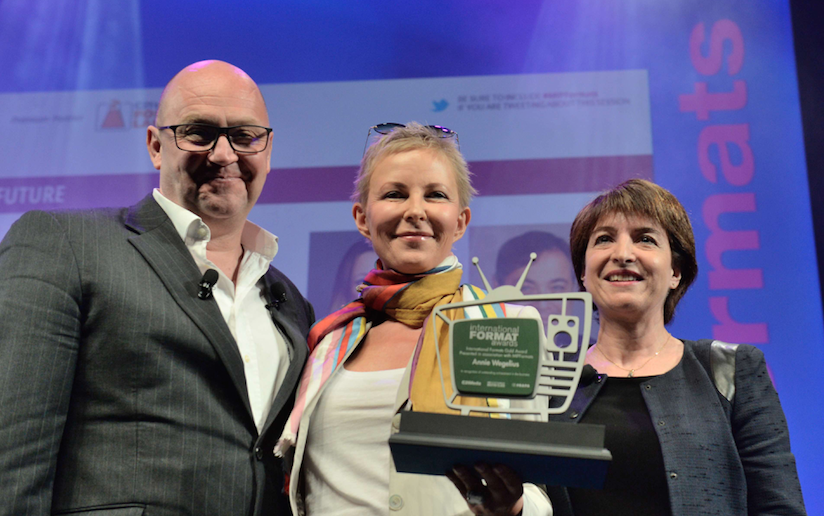 We spoke to the coordinator of MIPTV's Focus on the Nordics, which kicks off today.
By James Martin on April 13, 2015 0 Comments

The Nordic territories are enjoying a high profile on the international marketplace, notably the result of the extraordinary international success enjoyed by a number of drama series to have come out of this part of the world in recent years.

With the international success of series including The Killing, Borgen, Wallander and The Bridge, the world’s industry is looking north, to see what the next big hit to come from this region will be.

“For us, it’s the way that drama has been produced since the Seventies, basically,” said Annie Wegelius, a media pioneer in the region, former director of programmes for SVT and now an advisor to the Nordic media industries. “But the current popularity of dramas from this region has not just changed the TV industry; it’s changed the book publishing industry too. “When Nordic publishers go to Frankfurt to the Book Fair, it’s completely changed for them. Before, nobody came to their stands. They were insignificant. Nobody was interested. Now, everybody wants to see what they have to offer.”

But Wegelius has a word of warning for the industry. “I think the important thing for the Nordic companies now is to continue to deliver quality. There’s not a critical mass of people in Denmark and Sweden and Norway and Finland who can continue to create these high-end dramas. And the risk of course is that the pressure from distributors and buyers to get hold of this kind of material, could cause us to be tempted churn out lower-quality product. That is what we must avoid. These dramas have actually been around since the Seventies. They are actually commentaries on society, and the crimes are only there to drive the story. I think that’s what gives the depth to those series. So hopefully we can build on a long-standing tradition, and that this is not just a fad.”

Wegelius said that the purpose behind MIPTV’s focus on the region was three-fold: “That the international industry could get to know better the key players in the region; that the world would better understand how to do business with companies from one of the most sophisticated and competitive – albeit compact – markets; and that the international industry would gain inspiration from the digital transformation of the Nordic marketplace.”

This region is a buyer as well as a seller and Wegelius believes that MIPTV delegates can learn from the Nordic countries in this area. “Our public service broadcasters are so strong in the Nordic countries that the appetite within those companies make the buying profile a bit different,” she said. “The buyers’ perspective is really interesting if you look at it from the digital standpoint. Because really what’s going on is that buyers all the time have to try and convince the sellers – the distributors and the big studios, primarily – to be a part of the solution to the problems that have arrived with the new platforms that have come along. I think the Nordic region is very, very advanced in the way that rights have to be divided – in the context of the fact that there is no new money to buy digital rights. I think there has to be a lot of innovation here and that the Nordic buyers are leaders in that area.”

The current popularity of drama from the region has led to the growth of a scripted formats business across the Nordic countries – alongside the more established non-scripted formats sector (Sweden’s Expedition Robinson spawned every international version of the hit format Survivor). “Nordic production companies are very good at creating non-scripted formats, but I think what has been lacking in the past couple of years have been the big ones – the primetime, event driven formats. Now there are some of those coming out as we speak and my feeling is that the Nordic region is going to be the next big provider of these types of shows,” Wegelius said. “And again this is a structural thing – the audience’s demands change all the time and the production companies respond to that. So this growth won’t be a fad, it will be real and sustained.”

More about MIPTV’s Focus on the Nordics in the MIPTV News issue 1, now online here!