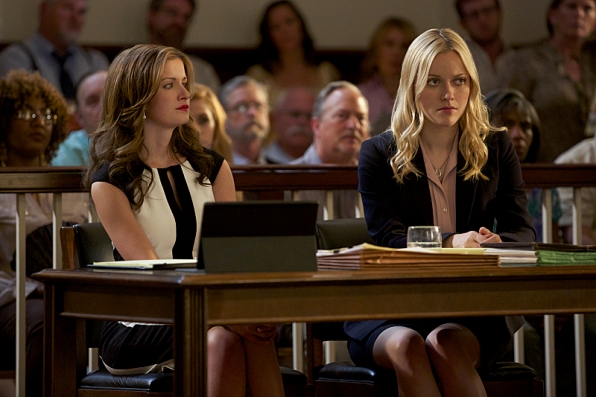 Interview with Kim Moses: How to engage on all platforms with one show

MIPBlog: How did you come up with the idea for TEE (Total Engagement Experience)?

Kim Moses: My partner Ian Sander and I have been working at the intersection of TV and digital media since we produced Profiler in 1996 — at that time, we were way ahead of the pack in Hollywood.  With each series that we produced, it became clearer and clearer that by creating show-related digital assets and using those assets to engage with like-minded fans enabled us to start a drum beat before premiering a TV show. But we also realised that we needed a strategy by which to create these assets, roll them out to a potential fan base in an organised way that created an infinity loop and then build on it as the series grew year to year.

When Ghost Whisperer got ordered to series, we realised that we could use digital media to take the show to the next level.  By interconnecting the TV episode broadcasts with all different kinds of digital media and driving fans to those assets in various platforms, we made it a rich interactive experience for our audience. It’s very much of the culture because we’re living in the experience era – people want to experience everything – they no longer are satisfied with simply sitting back and watching just the TV show. With the TEE, we engage on 3 fronts: creative content + technical devices + social communication. Our solution to how to do this was to create the Total Engagement Experience. We realised with Ghost Whisperer that it is no longer enough to create a great TV show and just put it out there, believing the audience will come — that’s very tactical. Because there is so much competition between content platforms – network, cable, syndication, features, internet, mobile, etc., we must be strategic as well as tactical. When our show hits the air, we go out and find that audience, engage with them, create an interactive infinity loop and drive them through that loop and back to the TV show — and continue building from there. This strategy and the need to organise assets through the strategy to turn fans’ passion and Otaku – obsessive behaviour – into positive energy that stoked the the show is how we birthed the Total Engagement Experience. We now do it for our TV shows, other people’s TV shows and for feature films.

> You say it notably helped make Reckless a hit on social media, through Twitter parties. What exactly are they?

Each Sunday night before Reckless went on the air at CBS, Sander/Moses Productions gathered our team from Reckless for a live-tweeting session. Week after week the room was stuffed with stars, producers, writers, directors, crew, digital press and bloggers eating snacks and sipping sodas, everyone focused on their digital screens and the TV screen, laughing, applauding and sharing insight with social media until the end of each episode. Then after the end of each broadcast, we continued to engage the fan-base, digitally, because they had tons of questions and thoughts to share with the Reckless team. We are living proof that live tweeting during a show is a quick way for stars and the show itself to build a following. If fans know that they have access to stars, writers, producers and directors during the broadcast of the TV episodes, it encourages fans to watch the show while engaging “live” with the show’s team as the episode unfolds. The momentum from live tweets has a social “domino effect” that causes buzz to build — especially if writers are posting lines and stars and producers are challenging fans in real time during the broadcasts.

> And more generally speaking, what do you think would have happened to the show without TEE?

Reckless was an experiment – CBS aired our show on Sunday nights, which is a great time slot in the fall and mid-season — but Sunday nights during the summer billed as premium content is a new programming slot for the networks. Reaching fans in the summer in the US on network TV is no easy task — so using our Total Engagement Experience to build a Reckless fan base was tremendously valuable. And now with the show also on Netflix, the TEE continues to do its part to build momentum. Without the TEE, Reckless would have been a missed opportunity.

> Creating and programming all that content across so many platforms must be hard work. How much longer does it take vs. a traditional production?

It actually doesn’t seem like more work, believe it or not!  Because it comes from such an organic place, and its all moving in the same direction, and each piece is interconnected with every other piece of the show franchise, it is a very fluid work experience. Also, because I started my career in live sports production, in building the TEE, I find myself using many of the same skills that I used while working in live sports. Think about it: when you’re working in production on a college or pro football game or NASCAR race, you’re telling the story of the event-live, while simultaneously telling the personal stories of the athletes, the back story of the team, the story of the context of the universe (i.e. the NFL; NASCAR, etc.), the story of the culture, and on and on and on. Back then, we were weaving all those stories into the main story — the live event. Today we’re interconnecting all of our different stories (via digital assets) into the TV episodes but rather than having them on TV, they are on multiple digital platforms and fans can access them whenever and however they want — making it a much richer fan experience.

I must say, I never realised how valuable my sports production experience would become once I transitioned out of sports and  into drama, reality and comedy.

> How could TEE be rolled out to other shows and companies/networks?

It’s a three-year strategic plan. In the first year, we identify and engage with potential clients in the Pacific Rim – educating them on our digital media shingle SLAMs Total Engagement Experience (TEE) methodology and executing the TEE for 6 TV series. While we are building out the TEEs in the Pacific Rim shows, we will continue developing relationships with and engaging with clients in European countries and Turkey.

In the second year, we will lock in European clients and execute the TEE for 10 TV series in Europe. Simultaneously, we will continue building out the TEE for the 6 Pacific Rim shows from Year 1, plus use the TEE to help launch new series in the Pacific Rim. We will also begin to court the market in India. Because our TV series Ghost Whisperer and Reckless are already airing in 167 countries around the world, and Netflix, we have a profile and credibility around the world.

> How can its deployment be funded?

A portion of each TV series’ production budget or marketing budget will be earmarked to fund the Total Engagement Experience (TEE). In addition, sponsors of the show will also finance part of the TEE in exchange for being featured in digital assets. An example of this is what we did with Ghost Whisperer in the United States. General Motors wanted to test drive the series without committing to sponsor it, so we created a Total Engagement Experience for the Domestic market that embedded General Motors into the digital assets for Ghost Whisperer: The Other Side which ran online parallel to Ghost Whisperer in an Infinity Loop. It was the most successful conversion rate that General Motors had ever experienced. As a result, General Motors decided to sponsor the entire series as well as the Total Engagement Experience, bringing in new revenue for the network (overall sponsor), new revenue for the studio (product placement of their cars in the show), and new revenue for the producers through graphic novels, pocket books, comic books, and other aligned digital projects. Slam also generated new revenue by being paid to create and produce all the assets as well as the audience outreach program.