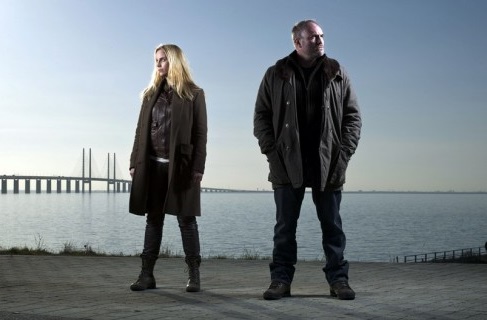 Simon Staffans: Too much Nordic drama? There’s no such thing!

What is the key to the Nordic drama scene's success? These local execs might have an answer...
By Simon Staffans on March 19, 2015 0 Comments

The Killing, The Bridge, Borgen… During the past decade and more astounding, immersive stories driven by strong, true characters and displaying their own particular charm have been emerging from the Nordics. Their ascendance to the very pinnacle of television entertainment has not gone unnoticed, as the rest of the world are increasingly sending scouts over the northern borders to search for new, exciting stories.

In this third article in the series ”Focus on the Nordics”, we’ll talk to some people with great knowledge about the success of the Nordic drama scene.

“I think ’Nordic Noir’ engages audiences around the world because they do not offer a black and white view of the world. Rather, they offer more points of view and therefore more humanity. There is a willingness to plunge into the murky recess of the human psyche and to create compelling, realistically flawed characters, which places these series among the best examples in the crime medium. In addition, the sub-genre has become synonymous with well-crafted plots, memorable characters and a tremendous sense of setting – clean air, modern low-rise housing and unspoilt landscapes. These series relish the portrayal of their female characters as flawed yet sympathetic, complicated yet engaging, presenting complex and authentic visions of women in power.

The ethos of resistance against large socio-political forces, coupled with an individual vulnerability – these have become a scandinavian trademark.

We have a project from a Norwegian novelist, Vidar Sundstol, based on his Minnesota trilogy. It’s a murder mystery set in America’s northwest where a US Forest Ranger discovers a gruesome murder of a Norwegian tourist. We’re now looking for a US screenwriter to adapt the trilogy for the small screen as a return series. We’re also actively talking to other Scandinavian novelists, creators, rights owners and broadcasters about securing additional IP for adaptation.”

“Bron (The Bridge) was initially not conceived as an attempt to crack the international market, instead it started as an internal discussion at SVT in Sweden. At the time, Swedish TV was showing a lot of Danish drama, but Danish TV was showing next to no Swedish drama. The challenge was to, somehow, get a foothold in Danish prime-time. We started to look for something in the crime genre, something that would travel between the countries seamlessly. We talked to a number of writers, and when we heard the story pitch of a body being found in the middle of a bridge between the two countries, it was spot on. The script let us play beautifully with the differences between our nationalities. The rest is history, with productions and sales worldwide – and we’re right now looking into local productions in South America, in Asia, in India and so on.

I think part of the success of Nordic drama is that we have a longstanding tradition when it comes to creating character driven stories. There’s engagement, compassion for everyone involved – criminals as well as victims – and a different way of telling stories. We’re showing people in vulnerable stages of their lives, talking about subjects that are relevant for everyone; loss, farewells, heavy stuff.

Another important aspect is that we have learnt the art of telling compelling stories without major budgets – instead of car chases and explosions we build on the drama between people.

If someone is looking to get into Nordic Noir, I’d recommend ”Bron” as the first series to start watching. Secondly, Borgen is fantastic, and in another genre. Of the current crop I find Jordskott interesting, and also Fortitude, which is a foreign series that takes place up in Svalbard and is flirting heavily with the Nordic Noir genre.”

“Some of the secret behind the success of Nordic Noir is about timing, but much of it has to do with the simple fact that there is some great crime writing in Scandinavia. This was highlighted on a mass-scale by the success of the Millennium trilogy books by Stieg Larsson (The Girl with the Dragon Tattoo and its sequels which then became a series of hit films and spawned a U.S. remake). One of the things that stood out and has since been reinforced are the strong central lead female characters at work among often odious rich, misogynistic white men with distinctly right-leaning politics. With other characters in the genre, including Sarah Lund and Saga Noren, it has helped the genre gain a loyal female following. There is also the allure of the setting and how Scandinavia has become “cool” again in the areas of design, food and its famously high standard of living and attitudes to equality. All of it has added to the overall appeal to the movement.

The genre has lately moved beyond crime but has attracted the same audience. Borgen took the politics from The Killing and majored on it, and now we have family drama in The Legacy and military history in 1864. The producers are not interested in regurgitation, just producing great TV. In terms of fiction, this area is still very much dominated by crime-fiction – which is as popular as ever.

The Legacy was incredible TV – almost like “Festen, the TV series” – and showed that Danish drama didn’t have to be about crime or politics. And next we have 1864 – a period war drama on an epic scale. But crime fans also have part 3 of The Bridge to look forward to, while actors such as Sofie Grabol and Lars Mikkelsen have stayed within a similar genre but ventured into English language productions. Nordic drama is as big as ever, but it’s now broader and is not tied to any one genre – although the word “thriller” or “thrilling” seems to cover most of the output still.”