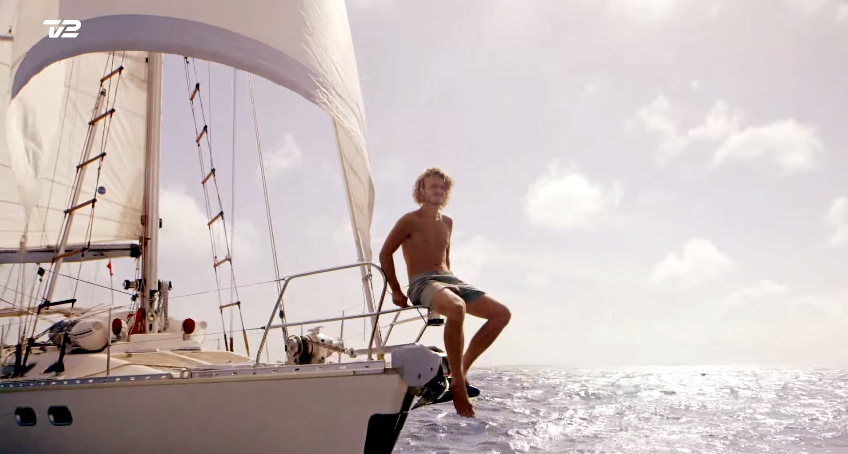 Simon Staffans: Why the North is so hot right now

MIPTV 2015 will feature a special Focus on the Nordics. Here's why!
By Simon Staffans on February 26, 2015 3 Comments

It’s no surprise that the heatwaves in the television industry are coming from the far north.  Over the past few years, the Nordics have been creating impressive stuff. From stunning drama such as The Killing or Borgen or any given Nordic Noir crime story, via the latest in gaming, often with connections to the TV or online video world (Clash of Clans, Minecraft, Quantum Break…) to groundbreaking new projects in the Norwegian Slow TV vein… you can find anything your heart desires in the northern realms.

This is the first article in an in-depth series focusing on the Nordics. We’ll take you behind the scenes and talk to the people who know what’s up, where the Nordics are heading and why you need to keep tabs on what’s happening in the lands of the North.

“The Nordic market has come a long way when it comes to online and interactivity. We had an early rollout of broadband and a rapid growth of web services from the media field. We at SVT see a continuous need to keep up with changing audience habits when it comes to watching TV.

The Nordics have become a sort of test bed for international players like HBO or Netflix. They’ve arrived here early and achieved great success, showing that a considerable part of the audience here can be characterized as a mature and eager online-audience.

There’s a lot of fantastic content produced in the Nordics. Close to my own heart right now is our app for the Eurovision Song Contest – we’ve struck on something the audience really likes! Then there’s 100% Bonde, Borgen and the Slow TV movement out of Norway – great stuff.”

“We have a long track record on the international market, being involved in formats such as The Farm, The Bar, Clash of the Choirs and Minute to Win It. It’s the same thing with formats as with any other content – we need to deliver new and exciting formats, with a very high production value.

I feel that the international market is always keeping tabs on the Nordic region. So many great formats have originated or achieved their first successes here and so many great producers are active here – there are high hopes on content from the Nordics, which makes our work very zestful.

We’ve taken the stance that everything we create needs to have a digital presence as big as the TV-based presence; this despite the nervousness on the market following the struggles formats such as Rising Star have had. But the market is changing – rapidly – and we need to be where the audience is. It’s all about great ideas, perfectly produced – such as our line-up for MIP this year.

Our three new formats are Spring!, a unique adventure game show combined with web based live reality where couples have to avoid camera-wielding celebrities, the game show Odd One Out, where huge prize sums are at stake in a battle to guess which image doesn’t belong with the rest, and the reality music competition DJ+1.”

“The local production industry is booming in Iceland, having tripled in size in the last four years.  The most recent projects shot in Iceland include Sky’s high profile drama Fortitude, major Hollywood blockbuster Interstellar and the forthcoming Netflix series Sense 8.  Locally, TV-ratings are still quite healthy with bigger entertainment shows getting over 40% ratings and reaching as high as 70% when taking into account re-runs, online and catchup services.  That was the case with Treasured Tunes on RUV the state broadcaster that got constant ratings over 40% for the whole 8 episode season. Sagafilm is launching that show as an international format at MIPTV.

I would say Iceland is resourceful and creative. We have extremely able and ambitious creatives and crews in the film and TV industry. We are used to having to do big things for very little money. There are unique strengths in the scripted material that is coming out of Scandinavia and Iceland. Even though TV drama is a young industry in Iceland, storytelling is not, it’s actually as old as our history as country.  Storytelling is and has been Iceland’s main sport since the days of the Vikings. There is an untapped recourse of very talented writers just waiting to be discovered in Iceland!

This MIP, Sagafilm has its largest slate of product launches since it was founded 37 years ago!  We have a new drama, the gritty crime series Case: Ritual of Abduction. We have a new scripted comedy format, the already Prix Europa nominated Astridur, we have the entertainment format Treasured Tunes and some fantastic factual and documentary projects – Taste the North Atlantic and Cinema of Attraction.”

“The Danish audience wants to watch local fiction in the broad mainstream genre(s), drama with some comic elements through dialogue, recognizable situations and characters; I would show people The Legacy and The Killing to give an idea. Rita as the politically incorrect and antiauthoritarian school teacher is also a character the Danes love.

Formats shows like Årgang 0/Year Zero is a big hit because of its high relevance and identification-factor. Everyday life issues as household economy, decorating, antiques and renovation are themes that still resonate with the Danish audience.

What makes the Nordics stand out globally for me is a high production value in fiction when benchmarking budgets with international budgets. This goes for all Nordic countries. Add to that a strong creativity in the field of fiction, building on traditions (crime in Sweden, mainstream realism in Denmark).

Nordic content I’ve been the most impressed by lately are Arvingerne/The Legacy, since after the success of far-far more generic shows on DR, it’s impressive to see such a strong piece of realism hitting the screen. Also the surprise hit Married at First Sight, and from our own channel: Sail Set for Distant Shores: it is about a family’s travel to exotic locations and travels, but it is also about family values, learning skills and passing on knowledge from one generation to the next.”

“I see three things that are unique with the Nordics. First there’s the creativity. The Nordic producers have always been strong creators. In the Zodiak group we find that a lot of the formats that travel come from the Nordic region.

The Nordic producers are also very open to original ideas – they are not just fixed on adapting formats, instead there is a good balance between adapting existing formats and creating unique ones. The broadcasters also play a key part, as the commissioning editors are bold and don’t mind taking a risk. They are readily prepared to try new ideas, which internationally is viewed as a bit of a risky business in today’s media landscape.

Finally, the third piece of the puzzle is the ability for the production companies to retain the rights to their formats, which is not the case in all territories. This allows Zodiak, for instance, to more readily invest in the formats and market them.

In the last year we’ve produced two stunning formats – Dropped was a great hit in Sweden, it’s currently on air in Norway and in production in France, as a great example of the creativity coming from the Nordics. We also have our studio based hit show called Trash or Treasure, which has been commissioned in Denmark and is in production in the Netherlands. We also foresee a number of new formats currently under development that will become hits within the next twelve months.”