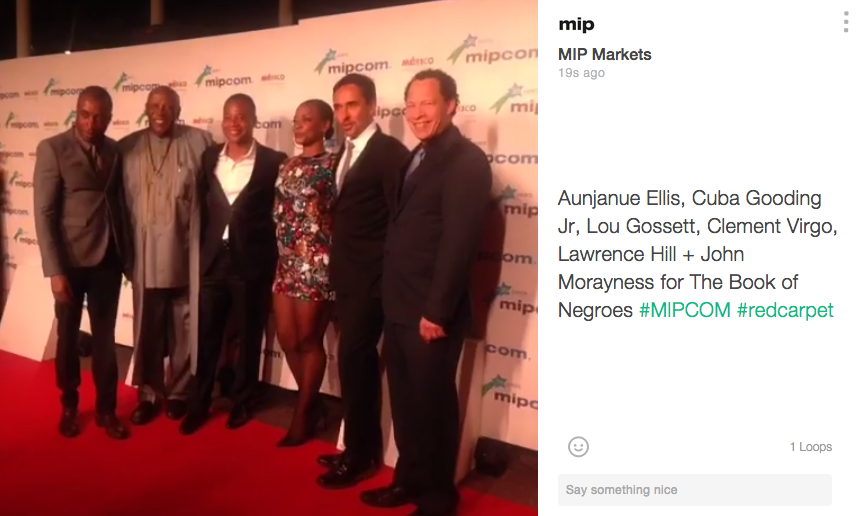 Walk the red carpet with Liz Hurley, Donald Sutherland, Cuba Gooding Jr and all the stars of our 30th anniversary edition!
By James Martin on October 13, 2014 0 Comments

Street magician Zack Mirza was up first, wowing the crowds with a cunning card trick…

Donald Sutherland, the legendary actor, was up next. He’s in town to promote new animated project, Pirate’s Passage.

Then a magic moment for Alison and Anieph Latchman of Jamaica’s Alcyone Animation, who won their place on the red carpet through our “Be the Star of MIPCOM” competition! “We’re super excited to be here, all the more so as it’s our first time in France,” they said. “We’ve already met Nickelodeon, and are looking forward to lots more meetings tomorrow!”

Next up: Gene Simmons, of KISS fame, now a MIP regular! He’s at MIPCOM 2014 for his new reality music show, Coliseum.

Rebecca Romijn then struck an alluring pose on the Martinez’ red carpet. She’s here for The Librarians.

Elizabeth Hurley, star of The Royals, then graced us with her presence!

Mira Sorvino, in Cannes for The Intruders, with her husband (1st) and costar John Simm (2nd!)

…and director M Night Shyamalan and actors Matt Dillon and Hernan Lopez (Wayward Pines) rounded off the proceedings in style!

Then the night went off with a bang, with fireworks over the sea for MIPCOM’s 30th anniversary. Hurrah!