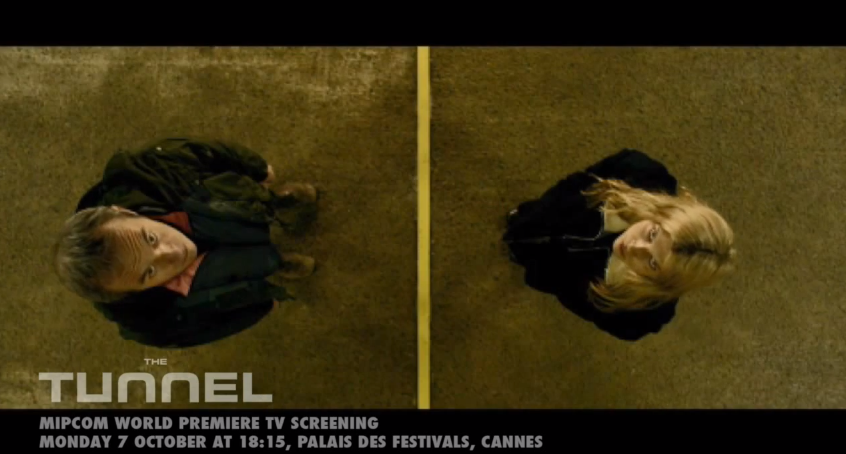 – “It remains a French investigation”

– “We’ll observe from a distance”…

The scene is set for The Tunnel, the new crime thriller starring Stephen Dillane (Game of Thrones) & Clémence Poésy (Harry Potter). Adapted from the Danish/Swedish hit series The Bridge, it transposes the action to the Channel Tunnel, where the body of a French politician is found at the half-way point linking the UK and France. Detectives Karl Roebuck (Dillane) and Elise Wasserman (Poésy) are sent to investigate for their respective countries.

Adapted from the Danish/Swedish hit series “The Bridge”, MIPCOM 2013’s World Premiere Screening is a 10×60′ thriller. This Sky Atlantic HD and CANAL+ commission is distributed by Shine International and co-produced by Kudos and Shine France Films.