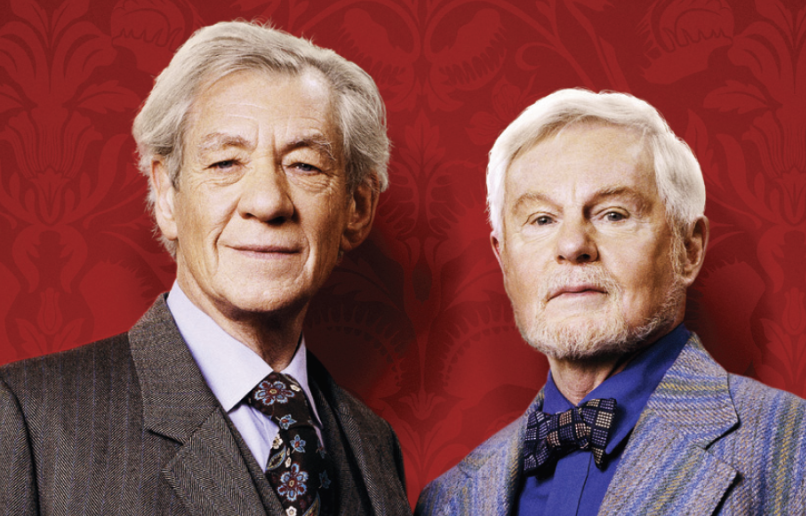 Business was frantic at MIPTV 2013. Here are the stand-out deals, from the official post-show Quick Review.
By James Martin on April 25, 2013 0 Comments

Photo: Ian McKellen and Derek Jacobi in “Vicious”, a sitcom sold to Seven Australia by Shine, at MIPTV 2013.

MIPTV 2013 saw a wide range of deals across scripted, non-scripted, entertainment and kids.

Every part of the world was active, and there was clear evidence that digital and on-demand dealmaking is now a robust moneymaking business.

A+E Networks was quick out of the blocks, announcing a slew of sales for its record-breaking factual entertainment series Duck Dynasty. The show, which recently attracted 8.6 million viewers for the US launch of season three, has sold to the likes of TV3 Denmark, Pro4 Hungary, Veronica Netherlands, MediaCorp Singapore and OLN Canada. A+E also finished the MIPTV market strongly by unveiling a production, distribution and acquisition partnership with Canal+-owned Planete+.

Canal+ was also active in drama, acquiring two of the year’s most high-profile series. The first, Vikings, has been a hit for A+E-owned History in the US, while the second, Banshee, is a highly anticipated series from Alan Ball (Six Feet Under).

British crime drama continued to be “a staple of broadcasters’ schedules around the world,” according to Tobi de Graaff, ITV Studios Global Entertainment’s director of global television distribution. Deals that illustrated this point included the sale of Agatha Christie’s Marple to 10 broadcasters including France 2, ABC Australia, United Media (China and Tibet) and Chungwa Taiwan. There was also strong interest in Lewis and Vera, the latter selling to markets including Japan.

All3Media International also flew the flag of British crime drama, selling Foyle’s War to Scandinavian networks, including YLE in Finland. Korea’s KBS Media continues to be one of the leading exporters of programming in Asia. At MIPTV, its headline show was Queen Of Office, which it sold to Pony Canyon in Japan.

BBC Worldwide announced it has joined forces with CCTV-9 to co-produce natural history series Hidden Kingdoms; Austria’s ORF and CCTV signed a co-production agreement on nature and wildlife titles, the first of which will be Triumph Of The Tomato; and CCTV and Guinness World Records signed a two-year extension to their eight-year co-production deal for entertainment show Guinness World Record China Nights.

Deal making has become more complex in the digital era, thanks to the number of windows opening up. At MIPTV, this was evident in the range of VOD deals being done. BBC Worldwide sold Doctor Who and A Young Doctor’s Notebook to Spanish VOD platform Wuaki; HanWay Films secured deals with VOD plays such as Yota Play and IVI in Russia, Filmin in Spain, Soho in China and BoxTV in India; and Australia’s ABC sold library shows to Cinedigm for VOD use in the Americas.

in France, ProSieben- Sat.1’s maxdome in Germany and Turkish pay-TV channel Smart Cocuk. Karen Vermeulen, senior vice-president global sales and coproduction, Zodiak Kids, said: “The online viewing experience is increasingly important to us and our audience as demand for these services grows.”

One of the biggest kids stories of the market was the news that FremantleMedia Kids & Family Entertainment and Mattel have greenlit a second season of animated series Max Steel.

There were deals right across the factual spectrum. DRG sold factual series Never Ever Do This to Spike TV, Electric Sky sold The Sex Clinic to Prime TV NZ, PBS International sold a JFK documentary to SBS Australia and Content Television sold Facing The Atlantic to broadcasters including National Geographic Channel and France TV.

Highlights in other genres included the sale of Shine sitcom Vicious to Seven Australia.

Experts increasingly note that the gap in quality between film and TV drama is narrowing. So it was also exciting to see that Beta Film’s epic historic drama Generation War has been sold to Music Box, a theatrical distributor based in the US.

As the market closed, Endemol Worldwide Distribution (EWD) struck a deal to represent some of US cable channel AMC’s factual shows. AMC, best known for its drama (Mad Men, The Walking Dead), has made expansion into non-scripted content a priority for its own schedule. So EWD’s role will be to take series like Immortalized, Comic Book Men and Small Town Security to the international market. EWD already reps AMC’s series Freakshow.

This and more in the MIPTV 2013 Quick Review, available online here