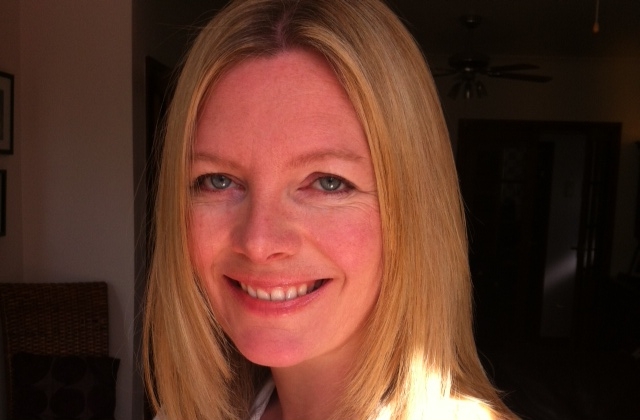 What are the most innovative children's shows out there? The original commissioner of Peppa Pig, now a kids' media consultant, shares her picks.
By Debbie Macdonald on May 7, 2012 0 Comments

Having worked in a broadcast environment for almost 20 years, I feel privileged to have played a part in the production of some fantastic TV shows. When Peppa Pig was first pitched to us at Nickelodeon we were presented with a few seconds of animation showing Peppa saying “I’m Peppa Pig”, snorting, and very little else. We had money, we loved it, we commissioned it! Peppa Pig is now a multi-million pound, award winning success story boasting its own theme park. Hence, a risky decision to commission with minimal material to review has paid off.

However, in a financially challenged environment, taking those risky decisions becomes harder. There’s a danger of becoming risk-averse, but with a plethora of kid’s channels for viewers to choose from, it’s important to stand out from the crowd. So creative innovation is key to success.

When I first started out in kids TV, one show was being talked about more than any other and for good reason. Rugrats, created by Arlene Klasky and Gabor Csupo, ran for 13 years on Nickelodeon and produced 172 episodes. It was a worldwide success, and made every generation in the family laugh. Kids, parents and grandparents could relate to this show, making it an ideal choice for the whole family to watch together. And, as a mother of two boys, that’s exactly what I’m looking for: shows that we can enjoy together. Primetime TV on a Saturday night succeeds in doing this; but I’m looking for this innovation in kids TV too.

My boys viewing habits are fickle. But they now seem to have settled on Cartoon Network at the moment and have introduced me to The Regular Show. This has fast become a household favourite and Mordecai (a blue Jay) and Rigby (a Racoon) have turned my boys into a comedic duo with frequent shouts of “Yo dude, throw me a solid”and “in your face” heard about the house. These crazy characters are groundskeepers who spend every episode trying to get out of doing any work.  Their work “colleagues” are a strange line-up including Benson (a gumball machine), Pops (a lollipop), Skips (a dumb yeti) and, my favourite, High Five Ghost which is essentially a floating hand! Such a bizarre concept for a kids show and yet it works. It can be naughty and cheeky but it never fails to make us all laugh. It works on so many levels, which is undoubtedly key to its success.

And it’s our love of The Regular Show that brings me to my next find: The Amazing World of Gumball (above, and singled out here on MIPBlog by Aardman’s Miles Bullough). Now, I’d heard a lot about this show when it was commissioned by Cartoon Network and I eagerly awaited the first episode when they started advertising it on air. This multi-award-winning series delivers on every level and we continue to laugh at every episode. Much has been said about its innovative mixed media style; Gumball very cleverly mixes traditional animation with CGI and real-life backgrounds. I agree this is important: but without great writing, this series wouldn’t deliver. Too many shows fall down with style over substance and yet every episode is laugh out loud entertainment. There are jokes that appeal to us all, making it a real gem.

During my tenure at Nickelodeon, my final commission was Olive the Ostrich from the talented Blue Zoo. Blue Zoo teamed up with The Princes Trust to work with children on storytelling and art. The work produced by these children was then animated by Blue Zoo and placed into Olive’s world. She tells these children’s stories in a simple, entertaining and comic way that pre-schoolers can understand, is narrated by Rolf Harris, giving a nod to the parents. The result is a gorgeous piece of work.

From a viewer perspective, it’s another lovely pre-school show but, behind the scenes, working with The Princes Trust and enabling children to be part of something so gorgeous gave it huge appeal as a commissioner.  There are very few pre-school series that succeed in entertaining the whole family, but Olive manages to achieve this.

Primetime talent is often used to engage a younger audience and I doubt “Blast Lab” on CBBC would have been as successful without Richard Hammond. The BBC is in the enviable position of being able to engage key personalities and I’ve recently discovered UK comedian Vic Reeves’ “Ministry of Curious Stuff”.  It’s (comedy gameshow) Shooting Stars for kids and, perhaps some of the references are missed by its intended audience; but for me, it again works on many levels.

The “Ministry of Curious Stuff” is a place to discover the answers to weird and wonderful questions posed by children. Who is the smallest farmer? Can you really predict the future? Will robots one day take over the Earth? Vic will then endeavour to answer these questions, in his own inimitable style.

Vic is helped out by a handful of characters who sit in vaults above him, answering phones, receiving mail and more, in an attempt to discover the answer. What I love about this show is that it manages to be quirky and surreal whilst being informative and nonsensical at the same time (more about the show in this BBC interview, here).

And finally, I couldn’t talk about creative innovation without including Horrible Histories. This show proves time and time again that it deserves the many accolades bestowed upon it. Engaging kids with comedy performances is genuinely powerful and the Horrible History songs are used in schools today to enhance learning. This series has made History interesting for all ages and the stellar cast deliver performances befitting of its many awards. Kids are mini versions of us. They want to be entertained and they want to laugh! Horrible Histories has succeeded in engaging “grown up” talent like no other.  This series was given a primetime BBC 1 slot hosted by Steven Fry and series 4 will feature “The League of Gentlemen” cast. And it’s directed by Dominic Bristock, of Alan Partridge fame: another quality guarantee.

There are only 2 words to sum up this series: pure genius. Keep it coming, please!

Debbie Macdonald is a children’s media consultant. She was formerly VP, programming director at Nickelodeon UK, having worked in acquisitions at the BBC. You can find her on LinkedIn here.