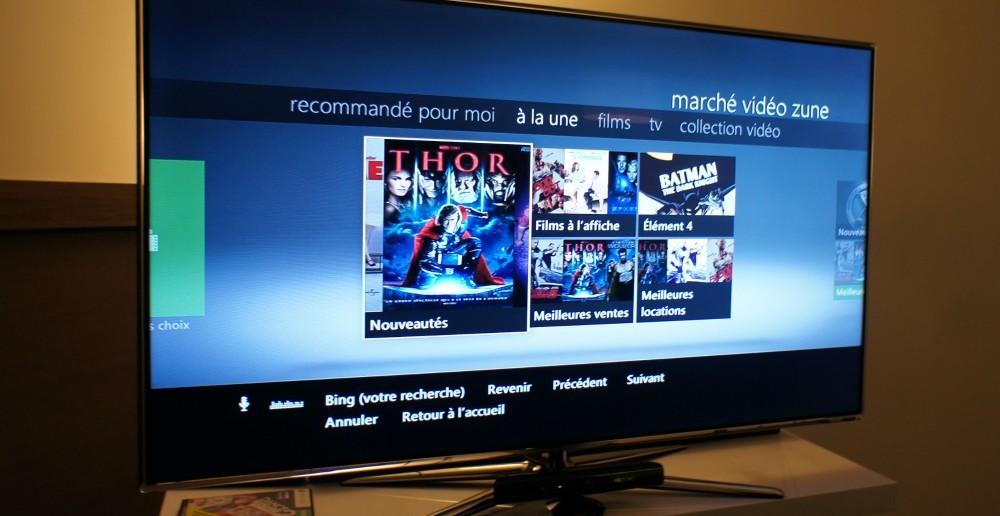 For the BBC's Clarke, connected TVs - notably via consoles and set-top boxes - could bring about a home entertainment revolution by next year
By James Martin on November 7, 2011 2 Comments

Despite the demise of MTV’s musical programming and flagship music television shows like Top of the Pops in the UK, the TV screen is key to reaching mass music audiences, especially young ones. For example, when asked, the majority of people say they watch music. Whilst Ipsos research, meanwhile, shows YouTube as the primary place where people find music.

Deals like Muzu’s tie-in with Xbox Live, YouTube’s pre-installation on Samsung TVs as well as Spotify’s appearance on Virgin Media (UK) and Boxee (US), indicate a shift away from laptops as the home of music consumption. The push out from the PC is simultaneously to the small screen and the big screen.

The movement of music to mobile devices is well documented and indeed there’s been a step change even in the last year, as smart phone adoption rates have rocketed.

The move to Connected TVs is a little way behind, though things are starting to move fast. The technologies available to publishers and the adoption of compatible devices is shaking a quite settled environment. This offers enormous opportunities to both the TV and music industries in 2012.

Key to understanding the exciting changes in Connected TV are new audience behaviours and lowered barriers to entry for new music tech companies.

The dual screen experience is largely around accompanying social activities. When hanging out together younger people will often want music TV on in the background to set the scene and provide of source of collective reaction too. Younger people are also generally more likely to have newer technologies in their homes, be they personal MP3 players, games consoles and Smart TVs (BBC Audiences). Freedom of choice is also important, they want to watch whatever they feel like, instead of the limited choice from broadcasters.

Opportunity #1: Games consoles are at the heart of many a young person’s bedroom or lounge. By creating a personalised and socialised music service for games consoles, you are reaching 55 million Xbox owners (35 Million Xbox Live subscribers), 52 million PS3 owners and 88 million Wii owners (source): the majority of which are young people who use music to define their identity.

Major broadcasters have already realised the enormous benefits of being on games consoles. For instance, Xbox Live recently announced a deal to provide most UK & US broadcasters’ content on to the console.

Some evidence of the enormous potential of getting on games consoles:

● BBCiPlayer stats show that viewing on these devices is growing and accounting for up to 10% of all views (even though they’re not on Xbox yet).

● Netflix’s early partnership with Xbox (2008), followed later on with PS3 and Wii, allowed them to bring in half of their 25 million subscribers.

The drawback for Xbox and PS3 is that developers must have specialist back-end skills for each platform. Perhaps more problematic is the corporate agreement you’ll need to negotiate to appear in their walled gardens’.

So even if there’s an agreement with Microsoft, Sony or Nintendo, hiring an existing games maker can be very expensive. Alternatively, Wii operates a widget based system built on the Opera browser, employing standard web programming languages, so it is easier to develop for. Although a walled garden exists for apps, you can still optimise your site for Wii audiences that use their internet channel.

Barriers to entry are therefore high for music tech services on games consoles, though if you’re a content creator, you may find that audiences are already reaching you via larger services like YouTube and Hulu.

Opportunity#2: Connected TVs are more nascent and technically more open than the games console market. With the launch of Google TV (which hits the UK in 2012), the BBC-backed you view and the likes of Boxee, Apple TV and ROKU competing with each other, 2012 is the year that Connected TVs go mainstream.

However, according to Informa, traditional television manufacturers are the ones who will win the Connected TV battle.

With estimated global sales of 52 million Smart TVs in 2011, they are outstripping games console sales for the first time, with higher sales to follow. All the big manufacturers like Sony (also a Google TV partner), Samsung, Panasonic and LG are retailing with built-in Smart TV offerings; so it is easy to see how replacement, HD and 3-D upgrades could Trojan horse’ Smart TV into more homes than stand-alone devices that require an explicit Connected TV choice.

Whereas the games console market is pretty much a walled garden affair, there is a mixed bag for Connected TVs. Apple, Boxee and ROKU are trying to lock you into their eco-system and are trying to gain revenues directly from the music industry, so only a few apps will get in. Google TV offers a very open, hybrid system, as do most Smart TV manufacturers. Technical development for these platforms are very similar to established web technologies, using javascript, flash and HTML. This means that you can port existing services more easily and customise for big screens using, frankly, cheaper front-end developers.

By 2014 we may be looking at an Apple versus Windows (Xbox) versus Google TV platform/eco-system battle, akin to the smart phone market. As with the mobile market five years ago, we’re in a fragmented state. This lack of unity, as then, is raising costs, limiting app development and upping risks for those music applications that are trying to compete on TV screens.

So as an entertainment company looking to develop for Smart TV, you must ask yourself: ‘which platforms are worth the effort’ And ‘what are the costs of joining late’, which ‘partners can get me into walled gardens quickly’?

Tim Clarke is the BBC’s senior content producer for major music festivals. He is notably behind the corporation’s incredible online coverage of UK music festival Glastonbury.

To find out more on this topic, read & watch our live coverage of MIPCOM’s popular Connected TV panel here; and make a note in your diary of the events Apps World & the OTT TV World Summit, both this month in London.