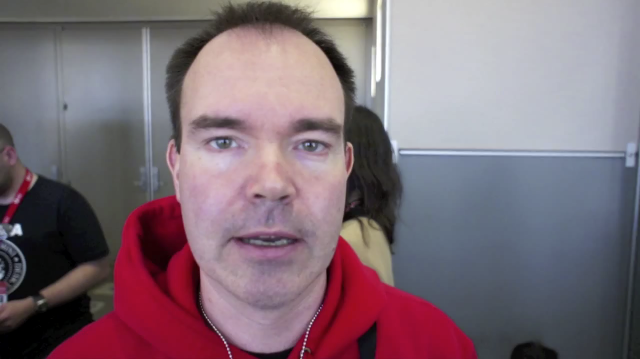 The mobile game phenomenon has hit 200 million downloads, 35m of which via film tie-in "Angry Birds Rio". We grabbed its creator for a quick chat
By James Martin on May 24, 2011 0 Comments

MIPBlog grabbed Peter Vesterbacka, creator of mobile gaming phenomenon Angry Birds and ‘mighty eagle’ of its publisher Rovio, in a crowded corridor at SXSW. He answered the questions:

– How do you see the future of connected entertainment?

– What role will tablets play in that future?

“The centre of gravity in entertainment is now firmly mobile,” he notably affirmed. So in the future, “you’ll see all the cool things emerge first for mobile, then going to more traditional media.”

The 200 million downloads announcement was made at the pc Mobile 2011 conference, where Vesterbacka discussed “Angry Birds Rio” with Fox Digital Entertainment’s Andrew Stalbow. “We’re a big media company that had an opportunity to do something in a way we couldn’t do ourselves,” Stalbow said.

Then Vesterbacka repeated the claim made in our video – that the future’s major entertainment franchises will emerge on mobile first – and went on to compare his company with Disney: “Vesterbacka… pointed out that quite a large company was built on the back of a simple black-and-white cartoon about a mouse long ago,” reports paidContent.