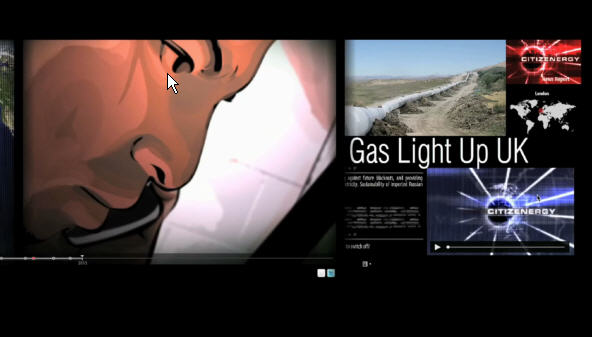 My last post was an introduction to one of the hyped concepts of 2010, transmedia. As promised, in this second instalment on transmedia, we’ll take a look at some of the more interesting implementations of transmedia, both executed and upcoming ones.

To recap: transmedia is crossmedia with a deeper level of involvment, from the producers side as well as from the consumers. By building a narrative superstructure – a mythology, if you will – around your property, you’re at the same time building the possibilities for multiple entry points into your property for the audience. Take HBO’s True Blood series, where the web portal gives you all the info you need on the series, the characters, the music and the merchandise, and also directs you to the video blog hosted by one of the side characters of the show, the baby vampire Jessica. Judging by the comments on that blog, there are a lot of fans embracing the wilful suspension of disbelief with regards to the vampire brand.

To spur the imagination, let’s go back a couple of years to the lead-up to the release of the latest instalment of the Batman franchise, The Dark Knight. Leading up to the release of the movie, a well executed transmedia project Why So Serious? bridged the gap between the previous Batman movies and this one, by allowing viewers to become citizens of Gotham City themselves and take part of the story leading up to the movie via multiple platforms with the web as the centre. Massively popular, it boasted over ten million unique participants in 75 countries. A good foundation for any movie!

There are a number of other examples to take inspiration from, such as the upcoming TRON:Legacy movie with transmedia components, the gaming industry’s take via THQ and their Red Faction property which is being spread onto TV series and movies, graphic novels, mobile etc, and why not the imaginative if slightly limited Editing The Dead project, where users are given the tools to re-edit the classic zombie-movie via YouTube.

One to watch is also Collapsus, the new project from Tommy Pallotta (of A Scanner Darkly-fame).  Collapsus is “part documentary, part game, part animation and part drama” about a near future where energy supplies are drying up and a group of young people are trying to cope in a new world.

There’s not even any need for transmedia projects to start from a television series or a Hollywood blockbuster – Angry Birds is the world-famous iPhone and Android app-game, that reportedly is branching out into a tv-series. If these peace treaty negotiations don’t get in the way, that is.

The above examples, and a growing number of others, show the possibilities that a transmedia approach to a property gives the creators and the marketing people. It’s not that the sky is suddenly the limit – we’re still very much talking about telling stories, much as before – it’s just that looking at expanding your brand, be it a novel, a series, a movie or a documentary, will enhance the value of the brand a lot, if executed well.

And, since everyone involved, me included, like to see some positive figures at the end of any kind of project – nevermind a transmedia one – Wendy Bernfeld, founder of Rights Stuff, recently gave cause for optimism in a talk about emerging consumer and business models. There’s a lot of revenue to be made out there!