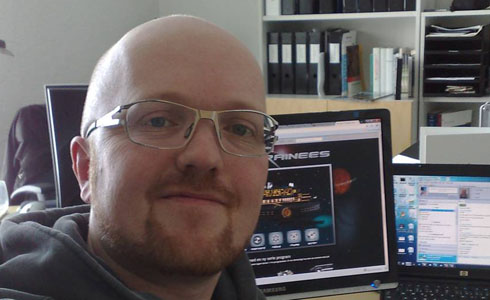 In this first guest post, Simon Staffans - format developer for MediaCity Finland - tackles that most tricky of definitions: what is transmedia?
By Simon Staffans on November 1, 2010 0 Comments

There are a lot of mythical beasts loitering around when you stop to think about it. For instance, the monster of Loch Ness – affectionately called ”Nessie” – was first mentioned by the monk Adomnán in the 7th century, in a tale about the Irish monk Saint Columba. Nessie is still there, allegedly, popping up every now and then, mostly when someone has the wrong kind of lens fitted to their camera, strangely enough.

Then you have all the others – the mythical Snow Man, the ghosts of old castles, the Flying Dutchman… they’re just everywhere if you start looking for them.

Now, these past few months, a new beast has clawed its way to the forefront of things-that-a-friend-of-a-friends-brother-has-seen-and-OMG-it-was-AMAZING-or-so-I-heard!

It’s the best thing since sliced bread. It will revolutionise how we tell stories. It will engage the audience via multiple platforms and interfaces, make them invest in the content, give them a fuller and richer experience than ever could have been imagined before. Or so we’re being told, on blogs, on Twitter feeds, at talks at MIPCOM, everywhere.

Sounds too good to be true? It should be. Thing is, it probably isn’t – at least not if you do it right. Transmedia narrative, as described by transmedia producer @Jeff_Gomez from Starlightrunner, is:

“…the technique of conveying messages, concepts and themes to a mass audience through systemic and concerted use of multiple media platforms. The implementation is designed to engage audience members individually, validating their involvement and positively reinforcing personal participation in the narrative. The result is intense loyalty, long-term engagement and a desire to share the experience.”

I haven’t found a better explanation yet, so I’ll stick with this one for the time being (thanks Jeff J ).

Now, as for the key question – how to do it right? How do we end up with a successful transmedia format, and not a complete failure? How do we capture the imagination of the audience and not lose them along the way?

For this particular part of the equation, there are no as clear-cut explanations as Jeff’s above. There are, however, tools and advice that can be implemented when planning a transmedia format. What this demands of you – the producer, the broadcaster, the publisher, the developer – is time and engagement from your part. You need to evaluate the property you are working on or investing in, with regards to transmedia possibilities. To be able to do this properly, you need to read, see and hear what other people, those who are doing transmedia, have to say. Thus, you are in a position to address the challenges yourself, and are in a far better position to ask the right questions and give the right suggestions when engaging with transmedia developers.

So, until next time, here are some links for you to familiarise yourself with:

Next month – some good examples of transmedia formats to date.