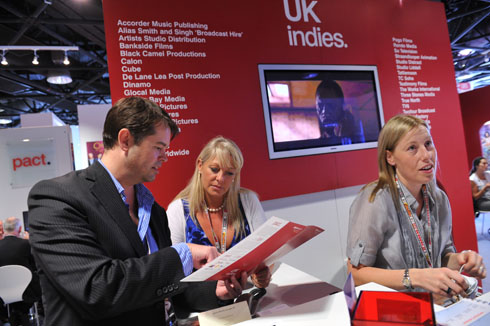 More than £18m was generated by the 32 independents at the market, with 648 meetings held on the stand in the first three days. Over 30 companies attended the pavilion, which was supported by UK Trade and Investment (UKTI), including Pogo Films, So Television, True North and Studio Liddell.

Pact chief executive John McVay said: “The UK production sector is renowned for producing innovative content. It is no surprise that our latest UK TV exports report showed international revenues were up 9% in 2009 and markets such as MIPCOM play a big part in achieving that.”

Stuart Mackinnon from Headline Pictures Limited said: “Attending international markets like MIPCOM is hugely valuable to producers as it offers us the opportunity to meet potential funding partners, co-producers and talent face-to-face in one location. MIPCOM was particularly successful for us this year as we could announce the development of a returning mini series, and being part of the UK Indies Pavilion not only helped us to get there but the support and facilities were invaluable too.”