Conference sessions continued into the evening on day-two of MIPCOM, with sessions focusing on new drama and streaming services.
By Julian Newby on October 12, 2021 0 Comments
Lauren Marriott

MIPCOM delegates were also treated to an exclusive: the premiere of the new Star Trek series, Star Trek: Prodigy. Read on for our full day wrap up.

‘We want to be surprised by untold stories’

European film and TV studio Studiocanal used a MIPCOM keynote to spell out its content strategy and discuss the launch of All Those Things We Never Said, a 10 x 30 mins series starring Jeon Reno — in Adapting To Keep On Winning, on Tuesday.

Studiocanal executive managing director TV Francoise Guyonnet said the strategy is “to find the best producers to make the best series. For example, we have just acquired a majority stake in Urban Myth, which is now producing the third season of War Of The Worlds. We also acquired a majority stake in Munich-based company Lailaps Films, which means we will be able to ramp up production in Germany.”

Asked what she is in the market for, Guyonnet said: “We don’t like to define what we are looking for. But essentially, we want to be surprised by untold stories that we have never seen before.”

Also in the session, executive vice-president, global sales and distribution, Anne Cherel said the company is happy to work with all broadcasters and platforms, including local and global streamers. One key focus is comedy: “We are making more comedy than we used to. In part that is because people are asking for light content amid COVID-19.” 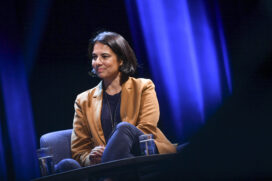 A key part of the session focused on the launch of French-language drama All Those Things We Never Said (10 x 30 mins), which is based on a best-selling novel by Marc Levy. Played out across two timelines and set in Paris, Bruges, Berlin and Madrid, it is a comedy drama that combines moving family dynamics with an unusual fantasy twist.

Levy, who is also showrunner of the series, was present in Cannes to discuss the adaptation. Asked about the experience, he said shooting in so many locations during COVID-19 led to long days and lack of sleep. “But it was a really enjoyable experience. I was overwhelmed by the performance of the actors and full of admiration for the production team that was so dedicated to making the series happen.” 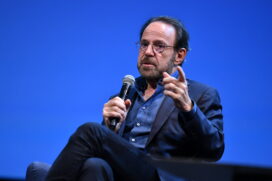 Fiction Against Domination was the key theme of MIPCOM’s Fresh TV: Fiction session, hosted as ever by The Wit CEO Virginia Mouseler.

Mouseler chose Vigil (distributed by ITV Studios) to lead off her presentation, with its story of “a female cop in a man’s world” — a submarine — and themes of conspiracy and LGBT issues.

Several of the shows focused on friendships between women with very different backgrounds and personalities. Turkish drama The Usual Suspects (Exxen) is about three mistreated women who decide to get rid of their violent husbands.

Dutch series Deep Shit (Fremantle) and Inhale Exhale (Talpa Distribution) both focused on criminal capers with what Mouseler described as “women out of control” — again, with their unlikely friendships driving the story. 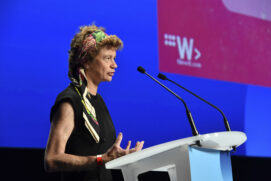 The hour-long season premiere will debut in the US on streaming service Paramount+ on October 28, and then on Paramount+ and Nickelodeon internationally soon after.

“Star Trek: Prodigy follows a scrappy group of lawless teens, who discover an abandoned Starfleet ship and use it to search for adventure, meaning and salvation,” Marriott said.

“We’re so excited to make the iconic Star Trek franchise engaging for kids and I have a feeling a lot of grown-up kids will enjoy it too!”

As for what happens in the season premiere shown at MIPCOM? For that information, you’ll have to wait until October 28. 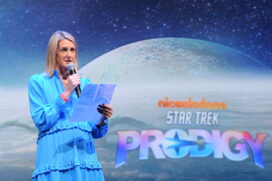