Conferences continued into day two of MIPCOM with sessions on trends in factual, comedy, Japanese content, and the evolution of streaming.
By Julian Newby on October 12, 2021 0 Comments
Geraldine Easter deep in conversation

Day two of MIPCOM continued the conversation on the future of the content industry.

Factual Trends: What’s Next For Non-Scripted

MIPCOM delegates garnered insights into the latest trends in factual TV on Tuesday morning, thanks to a session presented by K7 Media communications manager David Ciaramella, Factual Trends: What’s Next For Non-Scripted.

Ciaramella identified three key themes, beginning with a growth in the number of documentaries looking at modern history. “World War II and ancient history have always been fertile ground for documentary filmmakers, but now creatives are looking at more recent periods, eras that society can remember, to see if there are any lessons to be learned.” 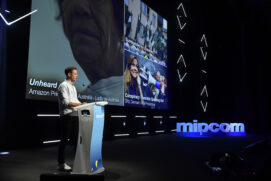 Examples he cited include Q: Into The Storm, an HBO production which interrogates the role of QAnon in the platforming of extremism. Also in this category is HBO Max/CNN/Jigsaw Productions’ Generation Hustle, which looks at the new ways hustlers make money illegally.

Ciaramella’s second key theme was content centred on activism and social change: “TV’s remit has always been to inform, educate and entertain — but now audiences, creatives and industry leaders are insisting on new remits to do with effecting social change and representing society more fairly.” Examples he picked out included Unheard, a LADbible investigative series exploring racial injustice in Australia. Sustainability was also a key element of this second theme, represented by shows like Arctic from Canal Sur in Spain.

Like Glance (the research firm that presented at MIPCOM on Monday), Ciaramella identified sport as a key trend, with factual filling the gaps created by the lack of live sport. Often, he said, sport is being used to unpack issues of diversity and inclusion. Powerful examples include Jonnie’s Blade Camp (Channel 4) and Steelers: The World’s First Gay Rugby Club (Amazon Prime).

Comedy legend Ricky Gervais was the star of a MIPCOM session on Tuesday morning, The Best Of Scripted Comedy Formats, during which he provided priceless insights into the creation of his hit comedy format The Office.

Interviewed by Sumi Connock, creative director, formats, at BBC Studios — and piped into Cannes digitally — Gervais talked about the origins of The Office, which started life as a pilot called Seedy Boss. Discussing the pitching process, he said: “It was made a lot easier because we had something to show them. If we had just taken a script to the BBC I think it would still be in a draw today. They needed to see the performance, the style, the body language.”

The show has been reversioned in several territories, including the US, India, Chile and Poland. Explaining its versatility, Gervais said: “The original version looks very English — but the themes are universal. It doesn’t matter what language the show is in, as long as it is done well.”

Asked to summarise the irreducible elements of the show’s DNA, Gervais pointed to its raw depiction of ordinary lives — and the humour derived from this. “It’s the honesty of the show and its attention to the minutiae of human behaviour that were key. Because it was a mockumentary format, we had to be slaves to realism. Nothing surreal could happen.” 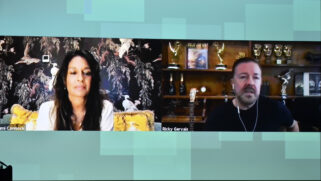 ‘Don’t give up your rights to streamers’

Strreaming video’s future may be dominated by the biggest players like Netflix, Amazon and Apple, but there are opportunities for more curated, niche offerings too, according to consultant Patrick Connolly, formerly senior vice-president at AMC Networks.

“I don’t speak for AMC, but my thinking for smaller organisations like that is that they’re the Davids to the Goliaths. They’re going to want to offer something that’s a little bit more niche.”

He pointed to AMC’s strategy in the US, with streaming services focusing on horror (Shudder), British content (Acorn TV) and independent film (SundanceTV) as examples.

“Horror is a great genre to be niche in and I think they’re doing quite well. It’s not been offered internationally yet, but I think that’s where a lot of the non-Goliath streamers are going.”

Connolly was part of a panel mulling how the intense competition among streaming services will shake out.

“There is a limit to how many streaming services you can subscribe to as a user, but that is rising too. Now it is three, perhaps in a couple of years it will be five,” Sune Roland Jensen, chief content officer, TV2 Denmark, said.

In the second session, producers discussed the dilemma of whether to give up rights in deals with global streaming services.

“If you do a local production and you take that local production to a streamer, you don’t really get more money than you would if you were doing it with a commercial or public broadcaster,” Moritz Polter, MD and executive producer at Windlight Pictures, said.

“You’re not getting more money but you’re supposed to give your rights away? That doesn’t really make sense in terms of [your]financials. It makes sense for Netflix!”

These sessions followed the MIPCOM International Drama Reunion Breakfast, held in partnership with the Entertainment Masterclass. The event brought together professionals who have worked with MIPTV and MIPCOM over the years developing the show’s drama strategies. 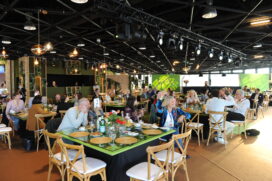 A Grand Prix for The Grand Family

Japan broadcaster WOWOW’s The Grand Family has won the Grand Prix in the 2021 MIPCOM Buyers’ Award for Japanese Drama.

It was part of a slate of 10 shows assessed by a panel of 12 international judges on their potential to connect with audiences outside Japan.

The Grand Family is a saga based on a book by Toyoko Yamasaki and revolves around the family of a banking and real-estate tycoon.

“I am incredibly happy to know that this series has been rated highly not only in Japan, but around the globe,” producer Aoki Yasunori said in his video acceptance speech.

Nine Network’s Geraldine Easter, one of the judges of the award, said she had been “absolutely blown away by the standard” of this year’s line-up.

“There’s a real potential for people in other countries to look [at these shows]and think about some formats,” she said, while adding that the shows are strong enough to also reach international audiences without adaptation.

“Audiences are more open to looking at subtitled shows,” she said. “We’re all talking about Squid Game, aren’t we? The good thing about that is we may introduce a younger audience to seeing some of these dramas in their original format.”

Fuji Television Network’s Ichikei’s Crow – The Criminal Court Judge received an honourable mention award at the event. All 10 finalists can be explored in more depth at the Japanese stand at MIPCOM. 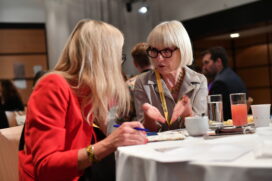