A group of countries have established pavilions at MIPCOM, in the Les Ambassadeurs area in Palais 4. The pavilions are representing the content industries from Canada, Colombia, Belgium, Portugal and the UK.

The Canada pavilion is branded Telefilm Canada, which along with the Canada Media Fund is supporting the fifth edition of the MIPCOM Diversify TV Excellence Awards this year.

A key landmark of the Cannes-based TV market and festival, the awards programme is dedicated to championing and promoting diversity and inclusion in all its forms across the international television industry.

This year, there is a strong Canadian flavour to the event — not only with Telefilm Canada and the Canadian Media Fund (CMF) both coming on board as sponsors, but also six Canadian projects have received a Diversify TV Excellence Award nomination.

Telefilm has made major strides towards diversity and inclusion, introducing various gender parity initiatives and creating an indigenous filmmaker stream with C$4m a year in ring-fenced funding. 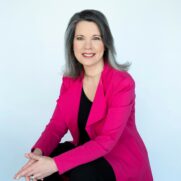 Explaining why the body is sponsoring the Diversify Awards, executive director and CEO Christa Dickenson said it is important to be part of an event “that aims to celebrate and reward programmes of diverse and inclusive backgrounds, giving a spotlight to authentic voices. It is just one of many ways to recognise positive programming that embraces strong representation onscreen and behind-the-camera.”

The CMF, meanwhile, has turbo-charged its diversity initiative during the COVID-19 period — using relief money provided by the federal government. New programmes provide a dedicated access point for applicants from indigenous, black, and other radicalised communities, and a bridge to other CMF programmes, enabling Canadian creators to maintain ownership of their IP. 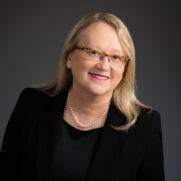 Commenting, president and CEO Valerie Creighton, said: “At the CMF, we made a long-term commitment to promote projects that embrace excellence in representation and inclusion, both in front and behind the camera.

We will achieve this by recognising, rewarding and promoting diverse voices that share Canada’s stories to screens worldwide that adequately represent us all.”

Also supported by A+E Networks and Diversify TV, and featuring the Variety Creative Change Award, the eight Awards categories acknowledge the representation of Race and Ethnicity, LGBTQ+ and Disability in scripted and non-scripted programming, as well as Diversity in Kids Programming. The Awards event takes place during MIPCOM on Wednesday, October 13 at 16.00 in the Grand Auditorium.