Drama TV show to watch : Line in the Sand

Israeli crime drama Line In The Sand launched in early 2021 and proved an immediate hit with audiences on domestic commercial broadcaster Keshet 12. Created and written by Rotem Shamir and Yuval Yefet, who worked together on Fauda, the show achieved a 27% share of audience – making it Israel’s strongest scripted launch since 2015. Already renewed for a second season, this new drama TV show to watch has secured sales in territories including France, Germany and Australia.

Line in the Sand Pitch

Set 15 years ago on Israel’s Northern coast, Line In The Sand centres on Alon (Tshai Halevi), an idealistic police detective who leaves behind a high-flying career in Tel Aviv to return to the backwater town where he grew up. Discovering that the town is under the thumb of a violent gangster, he is forced to abandon his moral principles and engage with the crime lord on his own terms. As the stand-off escalates, Alon – like the grizzled sheriff of a forgotten Western frontier town – is left asking where the line between right and wrong really lies.

Rotem Shamir, who directed the eight part series, says the show is inspired by a true story:

“Keshet head of drama Karni Ziv came to us with a documentary and asked us if we thought it might make a scripted series. Yuval and I were both interested because we saw it as an opportunity to do something with a completely different tone to Fauda, our previous show. Fauda had a very gritty handheld camera feel, with the tension high all the time. But for this project we wanted to unfold the story at a slower pace, so we could go deeper with the characters. Our reference points were movies like The Untouchables and We Own The Night.”

Yuval Yefet says Alon’s shifting moral stance is the editorial heartbeat of the show. “We weren’t trying to make a balanced show like Fauda, where the viewer sees the two opposing sides of the story. For the first few episodes, you only get to see the gangster, Maor Ezra (Shlomi Ifrah), in small scenes – where the emphasis is on the threat he represents.

As the show develops, we dive more into his family situation and his history, but it was important to keep him mysterious and enigmatic for the first four episodes – a wall of fire.” 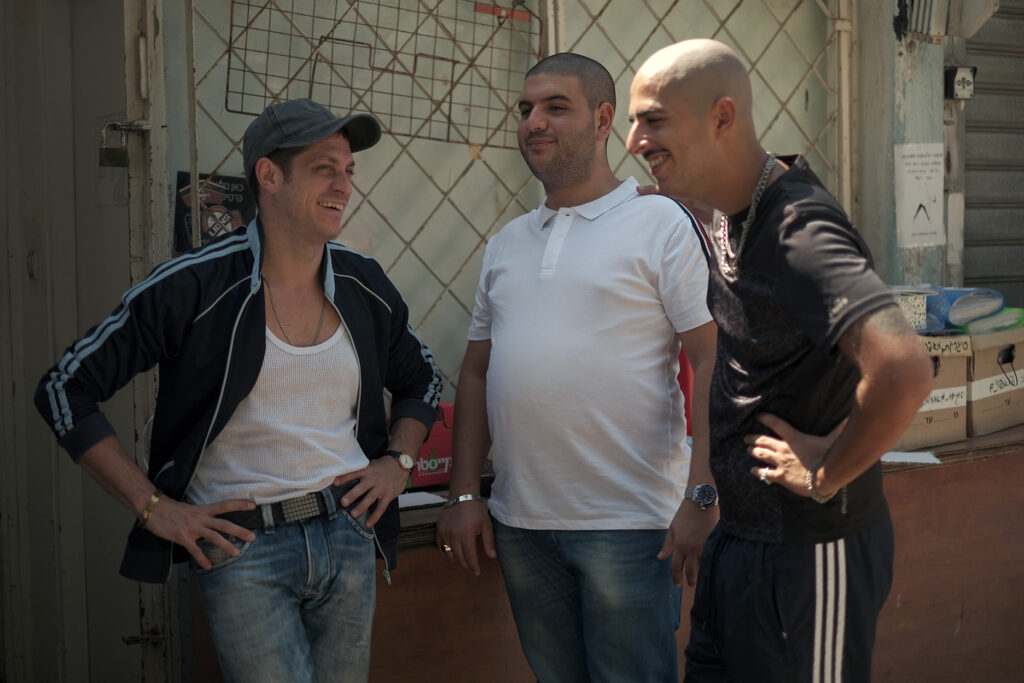 After the treatment stage, Yefet worked with a team of writers to tease out different story and character possibilities. But the final decision about how close to stay to the documentary was down to the two creators.

“With a documentary, you follow the materials you have,” Yefet says. “What we took from the doc and real life was the beginning and end and some of the real-life details that viewers like to look up afterwards. Everything in the middle we made up.”

To date, most international viewers of Israeli dramas will only have seen stories related to the regional conflict or light-hearted urban comedies. So is Line In The Sand a new direction for Israeli scripted series?

“I think so,” says Yefet. “Before this show, crime dramas in Israel tended to be tongue-in-cheek, witty – whereas we wanted a very grounded, realist tone to this show. Like every country, Israel has its problems with gangsters and we wanted really to reflect that. There is another show being produced now which has a similar tone, set in the south of Israel, so it’s possible we are seeing the beginning of an editorial wave.”

While there is a lot of testosterone flowing through the conflict between Alon and his nemesis, Shamir and Yefet stress there are also some strong female characters.

Alon’s wife Micki (Shani Cohen) is a public prosecutor who begins her own investigation into Maor Ezra’s financial dealings – separate from her husband’s more covert activities. His daughter, meanwhile, falls for a young soldier who turns out to have links with Ezra’s criminal empire. With her own life in danger, she has to dig deep and discover her own moral fortitude. 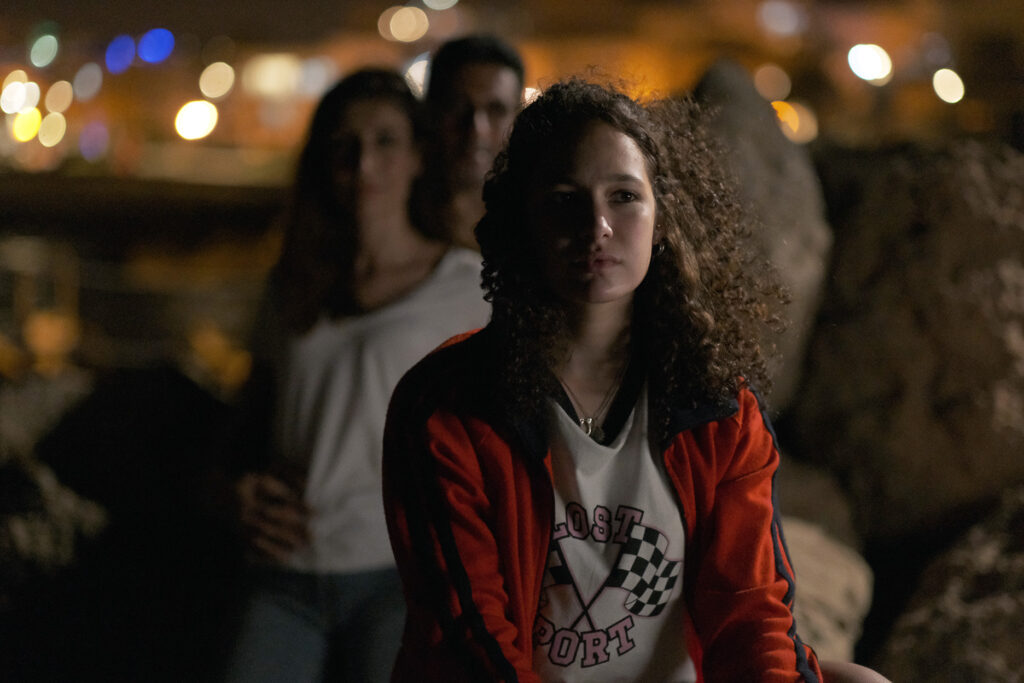 In terms of the challenges facing the production, Shamir and Yefet single out three:

“The first was Covid-19,” Shamir says. “We were one of the first scripted productions in the world to go live after the first lockdown in 2020. We were lucky because it was quite a small team – but Koda Communications, the production company we were working with, did a great job with protocols, so we didn’t get any positive tests. Probably the biggest issue I found was people in the background of the location wearing masks – because the story was set in 2005.”

The size of a production budget is always an issue with Israeli drama – because of the size of the domestic television market. Key to making sure that as much of the budget went on-screen as possible was the participation of VFX supervisor Dan Sachar, who was also involved with Fauda. Aside from being responsible for large-scale effects, explosions for example, Sachar played a key role in recreating Line In The Sand’s period look and virtually extending physical sets to add a cinematic feel. Shamir and Yefet are philosophical about budget limitations, however, arguing that it forces Israeli creators to focus more on the delivery of strong storytelling.

The other key challenge, says Shamir, was finding exactly the right tone of voice for Keshet 12’s broad audience.

“Yuval and I had mostly worked in cable, so coming over to a mainstream channel like Keshet 12 required a lot of debate about tone. We wanted to stay true to our vision of the show while also meeting the needs of the Keshet audience. Karni Ziv played a central role helping us find that line and there was also useful input from Keshet CEO Avi Nir. He looked at the edits one day and said the music sounded too ‘Nordic Noir”, so we went back to the composer and he changed the pacing. That really helped strike the balance.”

“This drama is pure, unbridled entertainment. Alon is like a sheriff returning to his hometown to clean it up, once and for all – and that appeals to networks and streamers.”

Customers to date include French youth streamer Brut X, Germany’s RTL Crime channel, Belgium’s BETV and Australia’s Network 10, and a second wave of sales is due to be unveiled in the coming months.

“When you make a show that has something to do with the regional conflict or the Mossad, you are thinking about international audiences.” Yefet says. “But not with this one… it is selling well because it is so specific.” Shamir agrees: “You can’t plan international success – because your ideas get too spread out. You need to stick to your origins and stay authentic.”

As yet, there has been no talk of scripted format deals – but given the show’s creative elements, it can’t be ruled out. Koda’s CEO Ram Landes was a producer on Line In The Sand and has a track record on scripted formats. Koda’s show Kvodo was recently remade by Showtime as Your Honour, with Bryan Cranston in the lead role and Landes an executive producer. 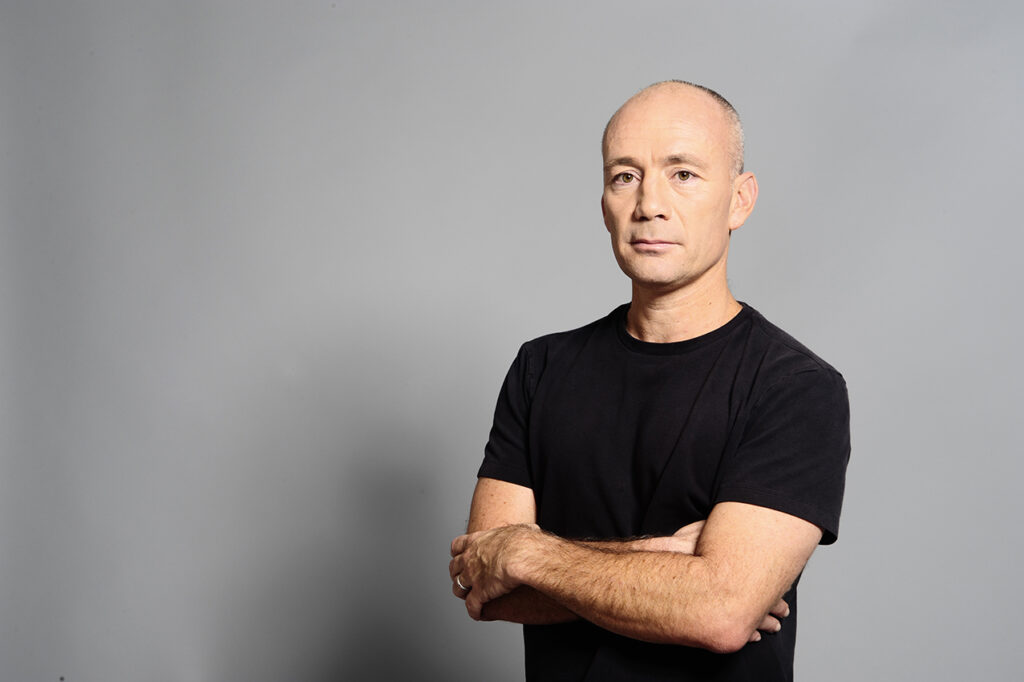 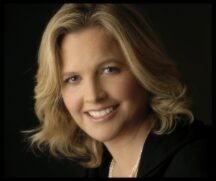 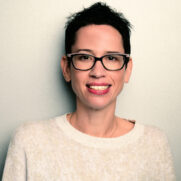 So for international audiences that have yet to encounter Line In The Sand, what can they expect from the show?

“They can definitely expect that we’re going to push Alon as far as possible to make the toughest choices and these will define who he really is,” Yefet says. “We break him down scene by scene until he has no other choice… either fight or run away.”

With the successes of Fauda and Line In The Sand, it’s no surprise Shamir and Yefet are now attracting international attention. At MIPTV, for example, Karni Ziv used her programming briefing to tell delegates that the Keshet family is looking for “territories and platforms and producers that are interested in working with an Israeli company representing a lot of very talented Israeli creators”. A working example she cited was Diamonds, a KI/De Messen co-production for Netflix and VRT Belgium. With Shamir and Yefet at the helm, this 8 x 50 mins crime drama tells the story of “a Jewish family whose business is in the diamond industry,” Ziv says. “It takes place in Antwerp and it’s in Flemish and English and Yiddish and there’s no connection at all to Israel.” Filming is slated to begin later this summer for a 2022 premiere.

Drama TV show to watch : Line in the Sand / Credit