Learning how to make a virtual pitch is key to keeping your business thriving during the Covid-19 pandemic. Here are 6 keys to success!
By Andy Fry on March 3, 2021 0 Comments

Nothing beats a great idea. But the harsh reality is that you’re only going to get your great idea noticed if you are able to impress everyone in the room. But how do you do this when you’re not even allowed into the room? Here are six easy steps towards the perfect virtual pitch …

Knowing how to pitch has always been key to a programme maker’s success. Rightly or wrongly, pitching is how you persuade decision-makers that you are able to deliver on your creative promise. In TV, commissioners and buyers generally have preferred supplier lists as long as their arms. They also have dozens of other rising stars bombarding them with ideas that are not so different to yours. Maybe they are also victims of an unconscious bias that you need to overcome if you are to stand a chance of winning through. Put all this together and it’s clear that a polished pitch can be your idea’s make or break moment.

Pre-pandemic, it was possible to walk into a real-world pitch and light up the room with your passion, personality and confidence. But in this era of virtual communication, the pitching job has got harder. How do you persuade time-pressured executives to buy into your project via Zoom, Teams, Skype or some other remote video conferencing platform? What are the pitfalls to avoid to ensure that you don’t crash and burn before you get to the big reveal? There are many elements to consider when deciding how to pitch a show virtually. Below are a few things to think about before you enter the Dragons’ Den.

In the early days of virtual pitching and conferencing it was mildly amusing when someone forgot to turn on their video or sounded like they were calling from a submarine. But 10,000 Zoom calls later, decision-makers expect teething problems to have been overcome. They may show sympathy if your pitch runs into technical problems, but the reality is that technological breakdowns are really a commentary on your own executional capabilities. Worse, they are going to interrupt your narrative flow. Instead of focusing on a perfect delivery, a piece of your mind is going to be distracted by the possibility that the pitch is about to go wrong. To combat this, you need to run through the pitch repeatedly ahead of time to identify potential problems that might derail you.

Given that your professionalism as a producer is at stake, it’s also important to have invested in the right equipment. A strong internet connection, powerful computer processing and high-resolution webcam/audio are all minimum requirements.

You don’t need to wear a tux to pitch a true crime documentary. But you do need to exude professionalism. Lock-down hair and a tea-stained dressing gown might get you a part in Staged, but it’s not going to convince most commissioners or buyers that you are battle-ready. It’s also important to be memorable. So maybe wear something colourful or distinctive that makes you easy to remember at a later stage. Similarly, it’s worth thinking about your backdrop. Most Zoom calls begin with the person at the other end commenting on something in the background as a kind of icebreaker, so make sure it’s not a joke at your expense.

Consider using a virtual backdrop to deflect them away from your over-flowing sock drawer or untidy filing system. A neutral backdrop is an option if you are convinced of your own capabilities in the spotlight. But an alternative would be to use something that subconsciously conveys a message about you as a production entity. Check out how the virtual background looks before you go to the live pitch, because sometimes it distorts the image and becomes just another distraction. If you’re pitching from home, try to avoid disruption by pets and family members. It can look cute – but it will almost certainly knock you off balance and make it harder to deliver your pitch.

Execs are suffering from Zoom exhaustion. They are missing face-to-face networking. So you’re going to have to muster up every ounce of adrenalin at your virtual pitch to help them overcome residual fatigue or scepticism. This is not about being a theatrical or exaggerated version of yourself, it’s about being enthusiastic and alert, smiling and engaging where appropriate. Likewise, commissioners and buyers endlessly talk about the need for passion and authenticity in programming, so they are going to want to see these attributes shine through in your virtual pitch.

It’s easy to get sucked into reading from a script when pitching via digital platforms – but that means you’re not making eye contact and you risk losing the emotional connection. The key is to know your stuff so well you don’t need a cheat sheet taped above the screen.

Virtual platforms can make the most interesting people seem two-dimensional. So think about ways to vary the tone of the pitch. It might, for example, make sense to introduce a variety of voices. Maybe the pitch could be presented as a double-header, with two distinct production voices, to keep the narrative from seeming to monotone. Or perhaps on-screen talent and experts could be brought into the pitch.  This might help the commissioner/buyer to visualise how the eventual show will look. Video clips and slides are an option – but remember to stress-test the tech. Having said all this, don’t over-complicate things. Variety of tone can’t be allowed to obscure clarity of thought and expression.

5. Imagine that you are watching your own virtual pitch

Sub-standard user experience is one of the big frustrations of the digital age – the mismatch between what the tech promises and what it delivers. So do what you can to make sure that your pitch doesn’t resemble a sloppy online shopping experience or tortuous visit to a virtual bank. For a start, check which platform your buyer is most familiar with.  Don’t ask them to use Zoom if they are more comfortable with Teams, or vice-versa. Keep in mind also, that they are probably watching you on a laptop in a makeshift study. So if you are using visual aids – some kind of projection for example – these will appear much smaller than if you were in a real-life conference room. Don’t make your presentation too text-heavy. Pictures are likely to work better in a virtual presentation. If there’s technical information, send it on afterwards so that they can review it at their own pace.

A virtual pitch has its own idiosyncrasies – but it is still pitching. So some of the points made above will remain relevant when the industry reverts to more traditional forms of pitching. One fundamental fact that remains true to both forms of engagement is the importance of knowing your customer. So make sure you do your research into the individual tastes of your commissioner/buyer, as well as the channel or platform for whom they are buying. 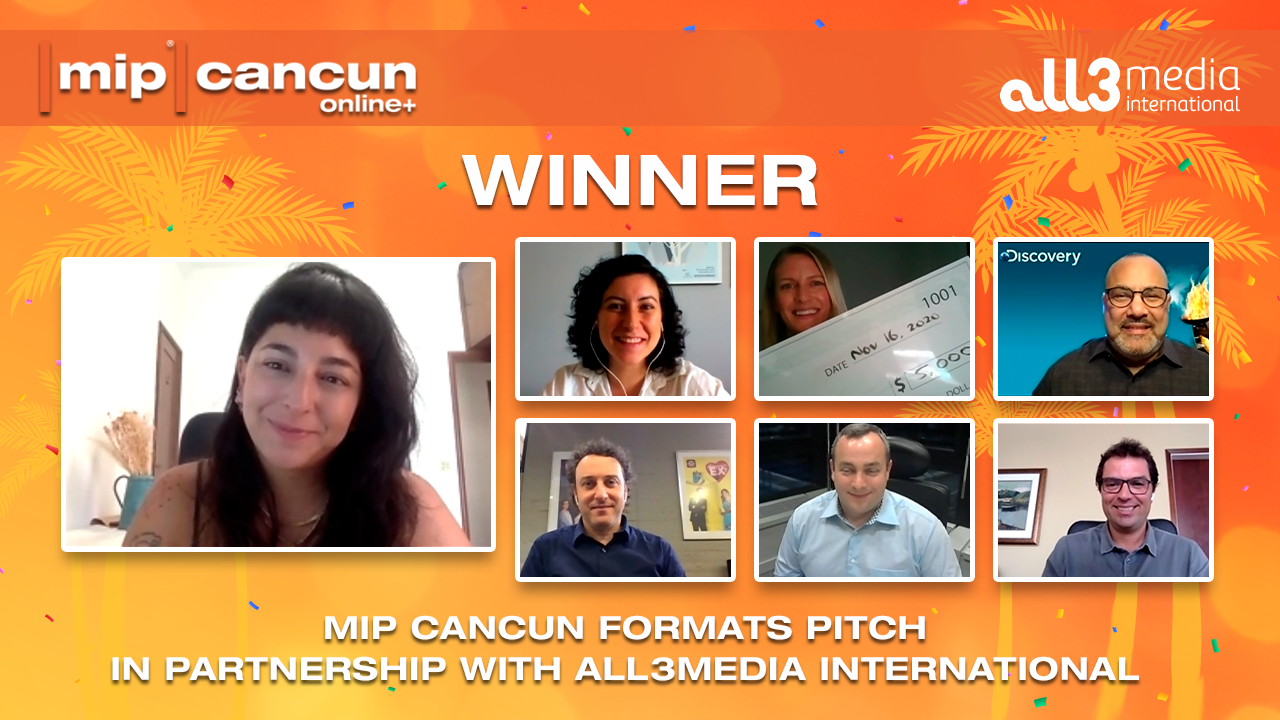 November 2020, Reed Midem, in association with All3Media International, announced the winner of the MIP Cancun Formats Pitch. Held entirely online, the second edition of the Pitch gave producers an opportunity to present their ideas in a dynamic pitch environment.

A panel chaired by Janel Downing, vice-president, Latin America at All3Media International (below) selected culinary competition Building Battles from Brazil’s Elo Company as the winner. Downing, called it “a fantastic new take on a cooking format. The show’s essence of finding connection and bringing people together felt very timely given what we are going through at the moment with Covid.” 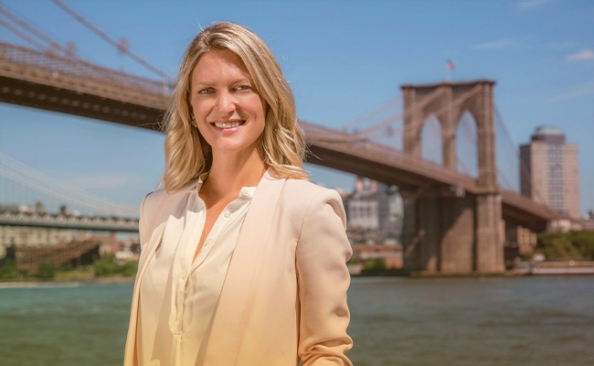 Looking back at the pitching process, Paula Garcia, Elo Company executive producer, says: “We were very excited to be shortlisted. We really believed our format had an international appeal that could be adapted to any country. For the virtual pitch we worked with the creators on a script for the sizzle that would be fun, upbeat and would draw people in – we explained the format but we also entertained with the sizzle itself. As for our pitching video we went with the same idea – our format is a cooking competition so we brought in props, rehearsed a lot and tried to bring the project’s energy to the pitch. It is very important to translate the emotions and tone of the project into your pitch.” 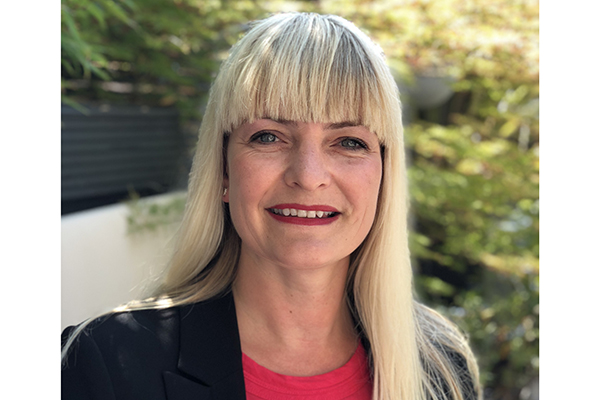 Speaking to MIPBlog, Cecilie Olsen, Senior Vice-President of Global Content, non-scripted at ITV Studios (above), explained: “When you pitch virtually, number one is to ensure you have a great [broadband]connection. Then it is all about how you tell the story. Enthusiasm goes a long way. Do you remember when you used to go to the cinema and really wanted someone to come with you to see a specific film? How did you persuade them? Why that film? Why now? And what made it stand out? Well, the same principles should be applied to pitching your new idea.”

Olsen added: “If the story requires access to certain people or places then you should confirm that’s all in place ahead of pitching. And if the idea centres around a particular place or character, it is helpful to have footage or an image to illustrate. Oh, and what you wear really does not matter!”

Note: this last point may seem to contradict pitch point two above – but it just goes to show that commissioners and buyers all come to the table with their own individual sensibilities and priorities. So if you don’t win your pitch, don’t give up!