Tips on how to produce for the international animation market, from the creator of Oggy & the Cockroaches and more kids classics.
By Andy Fry on March 19, 2020 0 Comments

Xilam Animation CEO Marc du Pontavice (below) launched his Paris-based business in 1999 and has built it into one of the world’s leading animation studios. Hit series including Oggy And The Cockroaches and Zig And Sharko have sold to more than 190 countries. There have also been recent breakout successes including Mr Magoo, a reimagining of the classic animation property created in 1949. A 2020 Oscar nominee for animated film I Lost My Body, Marc du Pontavice talked to MIPBlog about some of the key strategic decisions and approaches that have shaped Xilam’s international success. 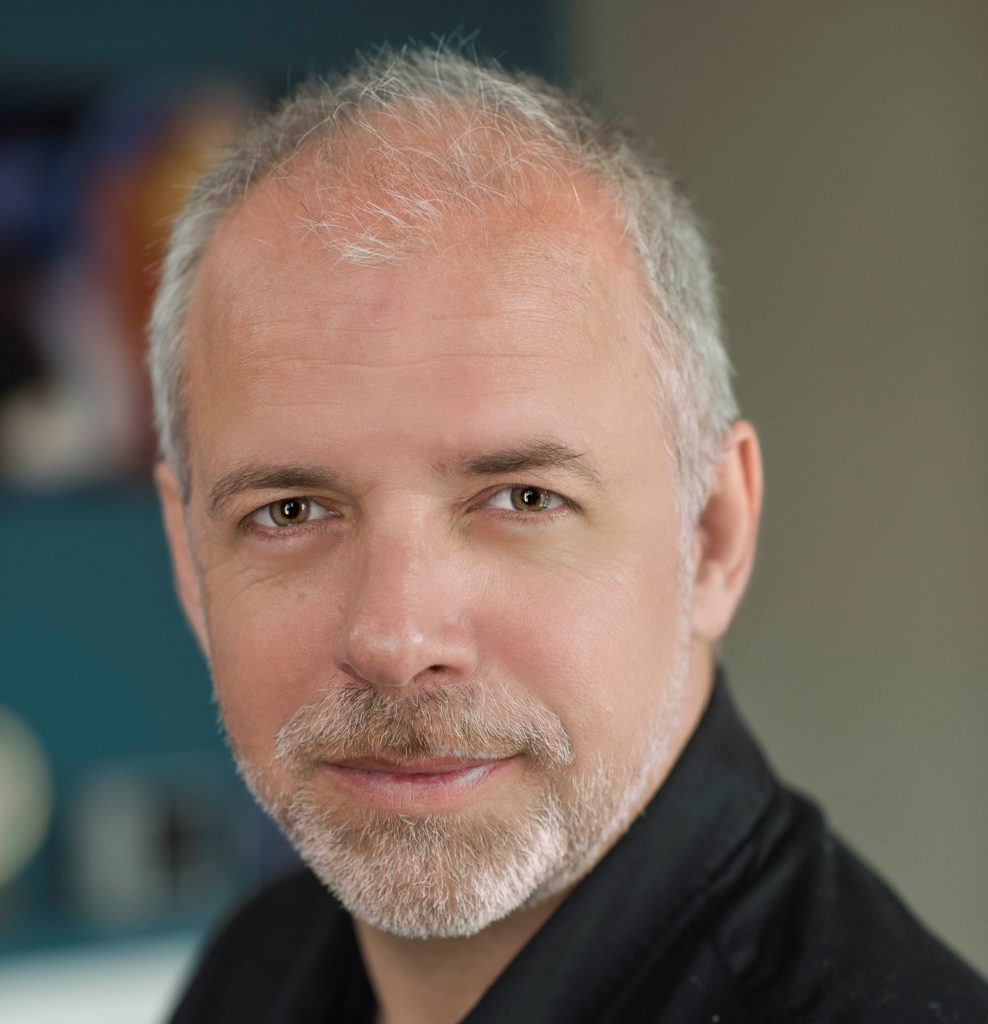 Certain genres lend themselves well to international travel – slapstick comedy, action adventure, sci-fi, anything that takes audiences away from their day-to-day lives. But that only gets you so far. You also need characters that are universal and relatable; and you need relationships between characters that audiences can connect with. Oggy And The Cockroaches doesn’t just work because of the slapstick and gags, it works because audiences relate to the situation Oggy is in. They find him adorable, and they recognise the challenges he faces. Another show of ours that connects with global audiences is Moka’s Fabulous Adventures (below). It has a lot of visual comedy and weirdness, but what really makes it work is Moka’s relationship with Cherry. Of course, one of the luxuries of animation in terms of export is that we can work with animals and imaginary characters. That can take the audience away from the frustration they might feel at seeing human characters that don’t really reflect the way they live their own lives. 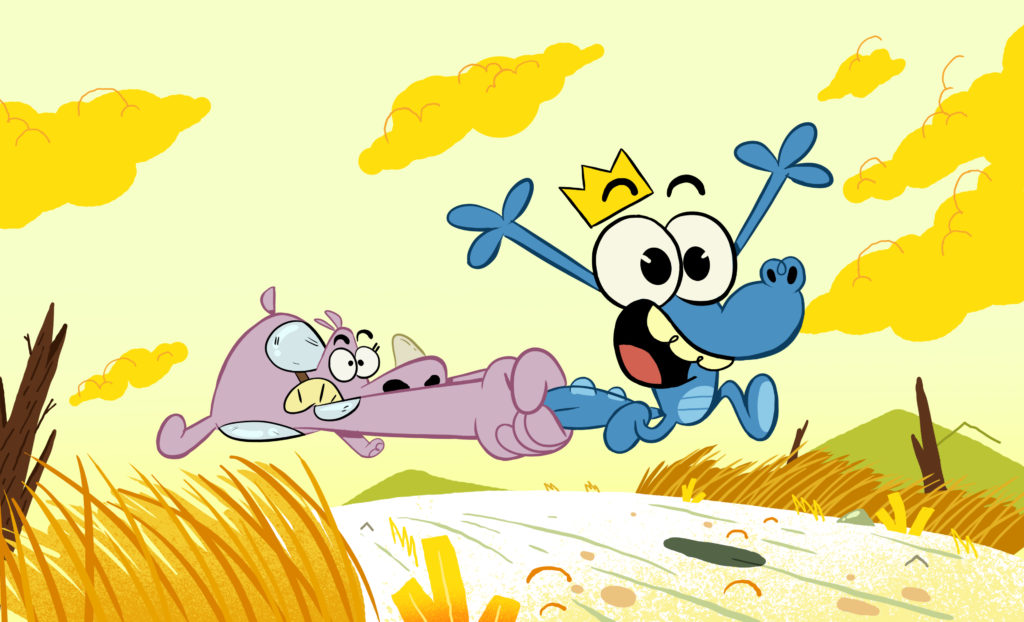 2. When to reveal the next big idea

I tend to develop for a long time before I go outside the company. I need to be convinced for myself about the accuracy and uniqueness of a concept – and that’s not something you can build in a few weeks. I need a long incubation period before I’m ready to put all my energy behind an original idea. I know broadcasters like to get involved early in the creative process, but that can introduce a commercial risk to the idea. You only get one pass with a show, so if it doesn’t make a great impact during a public pitch, it doesn’t leave a good taste behind. I want to be able to defend my vision – and I can’t do that with half a page and a couple of drawings. The good thing for us at Xilam is that we have a lot of experience and talent in-house, so we usually know the right time to believe strongly in an idea and commit to it fully.

I’m a terrible co-production partner, which is why I haven’t done it very often over that last 25 years. I love working with broadcaster notes, but I find sharing a vision between entities is difficult. I also think co-production equates to a loss of energy and time even when it involves two great producers. So ideally I don’t do it, if I can avoid it. But if it is a necessity than you need to be really clear about who controls the vision. While I don’t co-produce a lot, Xilam does a lot of physical production abroad. The key here is to maintain strong control over the pipeline – because the client depends on you for quality and timing. We have a studio in Vietnam and we do some animation in The Philippines. We used to do a lot of work with South Korea but as that got more expensive we moved South. India wasn’t so much of an option for us when we first started working abroad because we were focused on 2D and their industry was geared more around CGI.

4. The appeal of in-house distribution vs third-party

We manage all distribution in-house, because we believe the value of our assets is directly linked to control. If you don’t control your assets, then the value is diminished. If you make the right choices when you are raising finance and doing deals you develop long-term assets. We have around 1000 half hours in our library – and that library generates around 35% of our annual revenues. On that point, I’d say that it’s your main titles that really matter because they are the engine of your entire catalogue. For us that’s titles like Oggy and Zig And Sharko. There’s another key point about self-distribution, which is that you get to know the market yourself. You’re missing a lot of international expertise if you don’t distribute yourself. Of course, it’s important to understand that all of this takes time. The cycle of development and production on a show takes five years – and then it’s two-to-four more years for it to be a hit. And then you have to work really hard to keep it fresh. We have shows that have been hits for 20 years – but that doesn’t just happen. You need to keep promoting and evolving the brand. 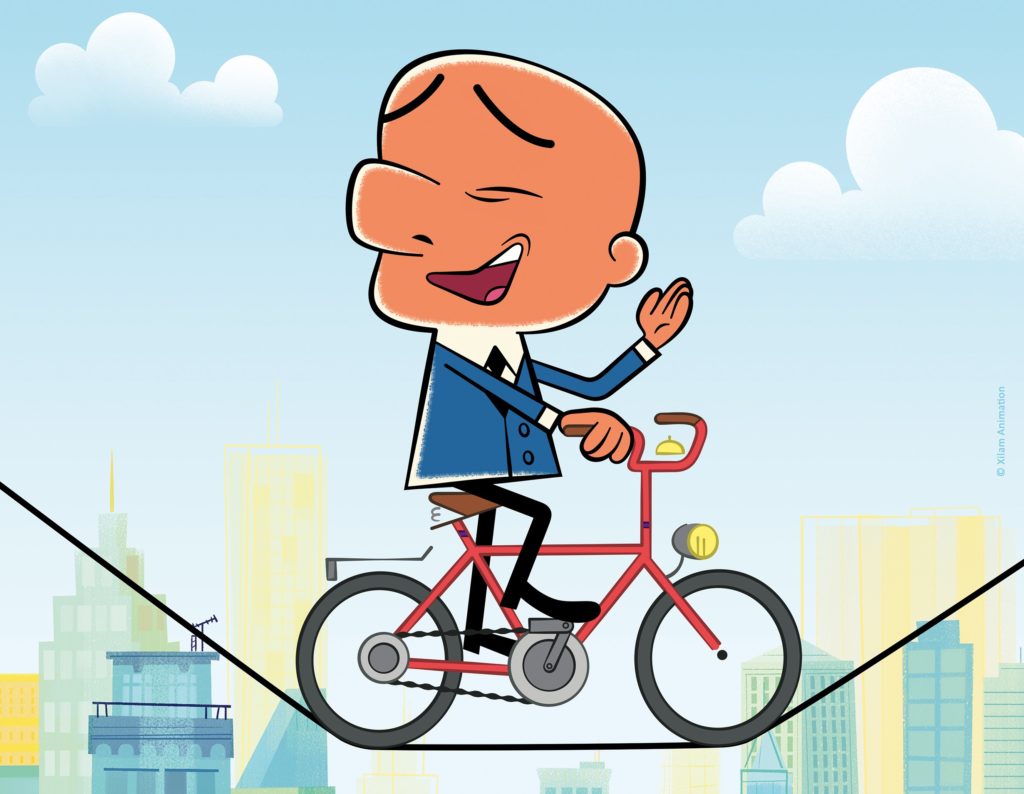 5. Adapting to the world of streamers

Of course streamers have changed things a lot – because for a long time our world was all about free-to-air and pay-TV broadcasters. As a distributor, it has been great – because streamers now account for 43% of our revenues [2019]. And that is not just substitutional, some of it is incremental. It’s also really interesting to see your show reach the whole world via one platform instead of the traditional distribution roll-out. As a producer, global platforms make deal-making more complex. For us, controlling rights is still important – we don’t want to be work-for-hire. So we still need to be financing shows and doing deals that allow us to retain ownership of our programming.

I’ve invested in a few live-action films, but as a studio live-action isn’t really a priority for Xilam. It’s more difficult to make it universal than animation and its long-term value is not so great. For us, diversification has been about expanding into CGI and building our preschool slate with shows like Paprika. Preschool is, of course, interesting to us because of its licensing and merchandising potential. Another area of growth for us is adult animation. Our Oscar nomination for feature film I Lost My Body has put us on to a different piece of the animation map and secured us a major deal with Netflix. This is a great development for us – a new frontier in a fast-growing business.