Multi-language drama, anthology series & the rise of the commissioner-distributor are just some of the trends set to mark the new year. Read on for more!
By Andy Fry on January 21, 2019 0 Comments
10
10
Shares

The international TV business never quite does what you expect it to, but as we enter 2019, here are a few key themes and trends that look likely to impact on content creators and distributors this year.

Deutschland 83, Les Revenants, and My Brilliant Friend have proved that non-English language drama series can travel in their original form as long as they tell engaging, universal stories. Now the scripted business is going a stage further by producing shows in multiple languages. Inspired by hits such as Bron (The Bridge) and Narcos, this year will see series like Zero Zero, Zero, Hierro and World On Fire in production and development. This trend is being driven by audience demand for authentic storytelling.

Netflix’s December 2018 hit Black Mirror: Bandersnatch (below) encapsulated two trends: the return of the single TV film and the potential of interactive scripted narrative. More generally, Black Mirror has convinced content creators that episodic anthology is a good way to go. A key reason is that episodic anthologies are a way of signing up A-List talent without putting strain on their work schedules. A case in point is Amazon’s Modern Love, which will feature the likes of Anne Hathaway and Dev Patel. CBS’ All Access has gone a similar route with its Twilight Zone reboot.

Reboots of Paradise Hotel and The Real World underline the formats industry’s continued reliance on classic IP. However, the success of Korean format The Masked Singer (top photo) on Fox in the US is a reminder that Asia has a great track record delivering entertainment spectaculars to the world. After similar successes such as American Ninja Warrior, Dragon’s Den, Hole In The Wall and Better Late Than Never (all Japanese and Korean), 2019 may be the year when Chinese formats also start to have an impact internationally.

SVOD platforms including Netflix and Amazon made their first foray into factual with event series and blue-chip documentary films. But these days, the major online platforms are broadening their factual commissioning. Netflix has greenlit Derren Brown: Sacrifice as well as a culinary competition and an extreme magic show. Facebook Watch, meanwhile, has just greenlit a series from Leopard USA about the life of Mormon teenagers in Utah and is likely to extend its origination slate.

2019 will see plenty of upheaval as Comcast absorbs Sky and Disney follows up its recent Fox acquisition will an all-out assault on the SVOD arena. And the trend towards consolidation looks set to impact at every level of the business. At the end of 2018, there were rumours that Banijay might acquire Endemol Shine and, already in 2019, ZDF Enterprises has taken control of specialist factual studio Off The Fence. Expect M&A rumours to be rife in 2019.

The rise of the commissioner-distributor

With budgets under pressure, distributors are stumping up bigger deficits for shows. In factual, distributors are even fully-financing shows – which has made them resemble commissioners (TCB Media, Sky Vision, DCD Rights to name a few). This looks set to continue, in part because it is a financial necessity for producers but also because it enables distributors to get involved with content at an earlier stage. 2019 will also be a key year for Atrium TV, the scripted buyer’s club set up and managed by distributor DRG. If it manages to greenlight new series it will represent an alternative funding model to the US studios and SVOD giants.

High-end factual TV looks set for a stellar year with series/singles about Watergate, Michael Jackson, prehistoric man and the ocean deep. However the year will likely be dominated by specials celebrating the 50th anniversary of the Apollo 11 moon landing. Key to their success will be their ability to create engaging experiences built on unique access. 72-Films, for example, is making Moon Landing Live for Channel 4, which will use exclusive archive to recreate the sense that audiences are experiencing the event in real time. The BBC meanwhile is airing 8 Days, which will use declassified cockpit audio from Apollo 11 astronauts to revisit the mission. Discovery Channel’s Above and Beyond: NASA’s Journey to Tomorrow and BBC Studios/Tencent/Open University copro The Planets will continue the theme, the latter claiming to use “the most accurate and detailed imagery ever produced”. 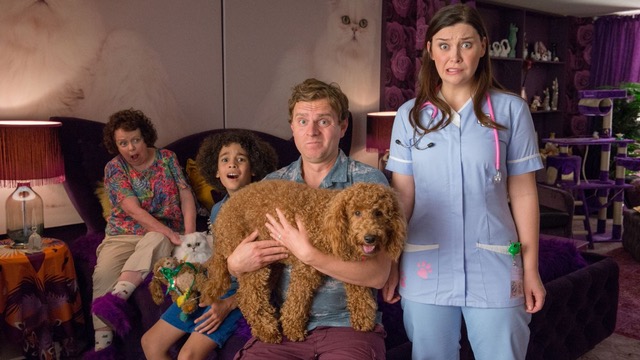 The basic rule in kids is that animation travels better than live-action. But Cottonwood’s Find Me In Paris proved there is demand for high-quality tween drama. The streaming platforms and European pubcasters have reinvigorated the older end of kids live action, with series including Free Rein and Skam; and there is even evidence that live-action can work for preschoolers, thanks to series like Darrall Macqueen’s Waffle The Wonderdog (above). In 2019, it will be interesting to see how Disney and Viacom meet the challenge.