"Brazil appears to be differentiating itself from the rest of the countries as the clear superhero super-fan", according to Parrot Analysis.
By Karina Dixon on April 6, 2018 0 Comments
3
3
Shares

In February 2018, the superhero subgenre was the third most popular in all of Latin America – though not all countries in the region enjoy these shows with the same level of enthusiasm.

Let us take a closer look. First off, Brazil’s demand for superhero series was 83% higher than the Latin American average. Mexico generated the second highest demand at 41% above average, though still half that of Brazil. While Brazil’s TV viewing preferences don’t always sync with the Latin American region as a whole, the marked difference in their resonance for the superhero subgenre is an impressive one. 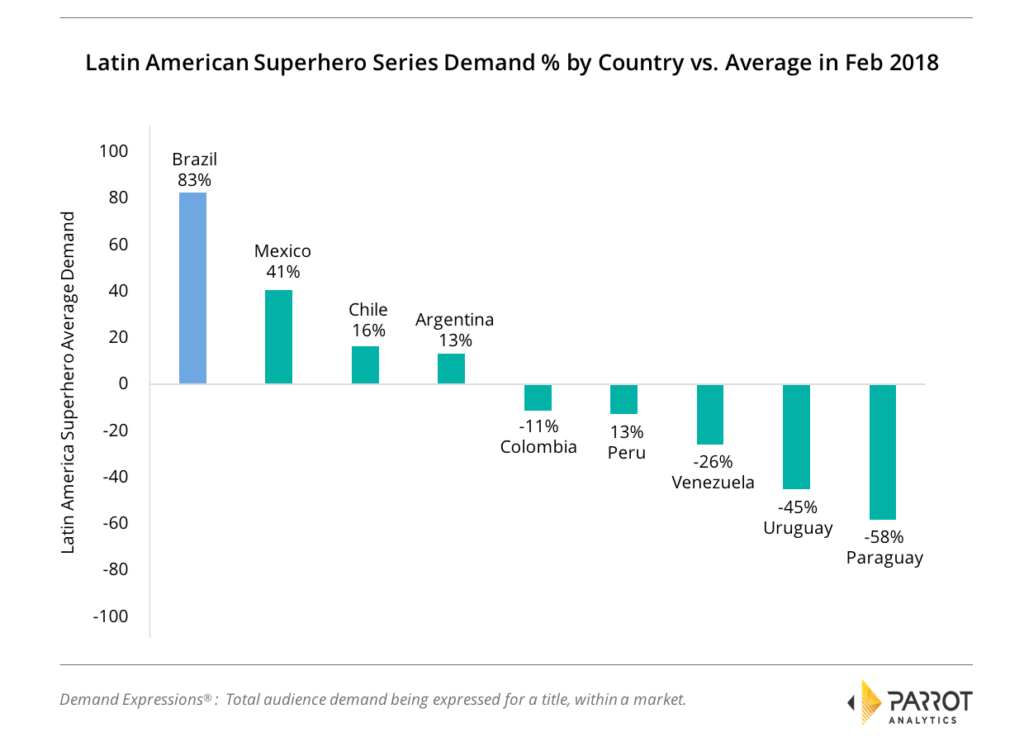 Leading the race, appropriately, for the ranking of most popular superhero titles within Brazil is The Flash, currently in its fourth season. While the crime-fighting Arrow spin-off tends to be a hit world-wide, it performs especially well in this market: Brazil generated the third highest demand for the series globally last month, edged out by Jamaica and the United States. 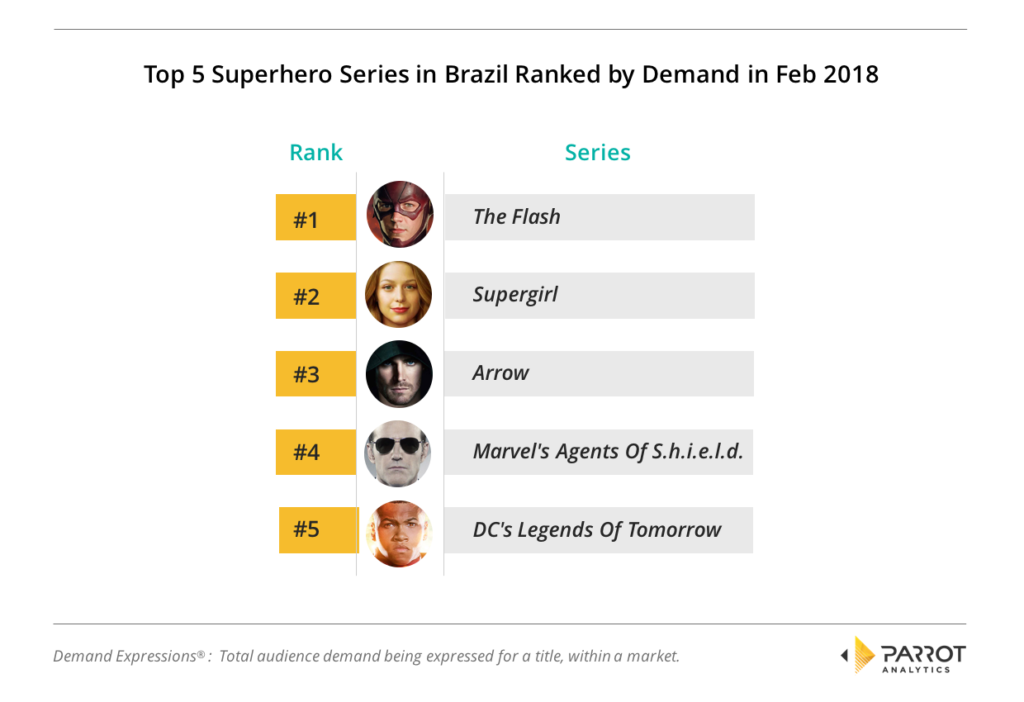 When going beyond superhero titles, and ranking the overall most popular shows, The Flash still ranks 10th in the country. Coming in right behind The Flash, is fellow DC Comics series Supergirl.  Currently in its third season, Brazil’s demand was second behind only the show’s origin market, the United States. Brazil’s affinity for superheroes extends beyond the DC universe. Marvel’s Agents of S.h.i.e.l.d. is ranked fourth with Brazil generating the 15th highest demand of all countries worldwide.

Although not pictured within the Top 5 Ranking, Netflix’s Marvel’s Luke Cage ranked among the Top 10. Last month, Brazil was among the Top 25 markets generating the highest demand for the Netflix series, even though it was originally released over a year ago.

Looking at the past 6 months of demand data for superhero series illustrates Brazil’s fandom for the subgenre isn’t new. The country has been leading the charge, or a close runner-up, for several months now as the chart below shows: 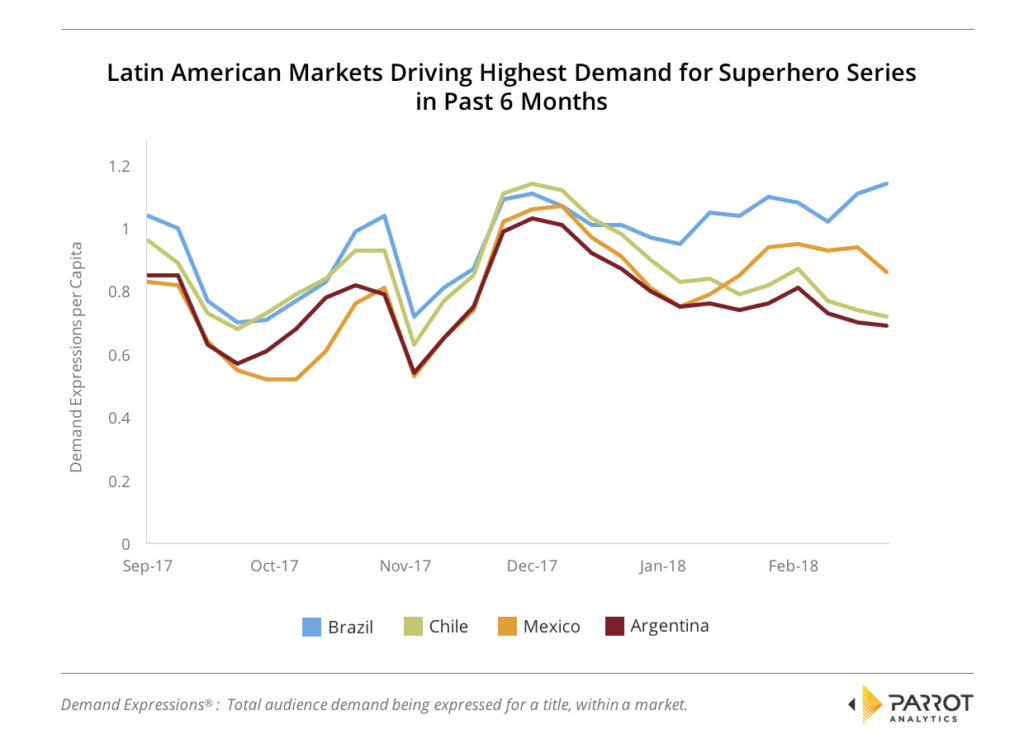 Moving into 2018, Brazil appears to be differentiating itself from the rest of the countries as the clear superhero super-fan. As currently airing series in the DC universe continue and the release of several new Marvel seasons are anticipated throughout the year, it will be interesting to see how much higher Brazil’s superhero demand can go. 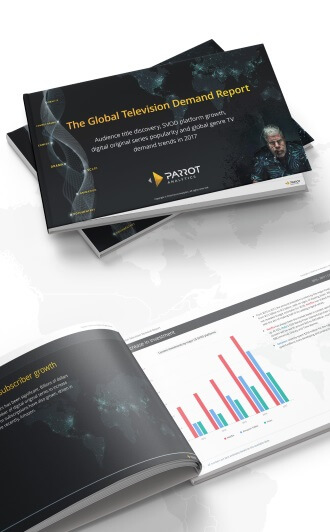